Ringside With Raymundo: GGG-Canelo II- What We Know So Far

The rematch between Gennady Golovkin and Canelo Alvarez appears to be in peril as Raymundo Dioses discusses. 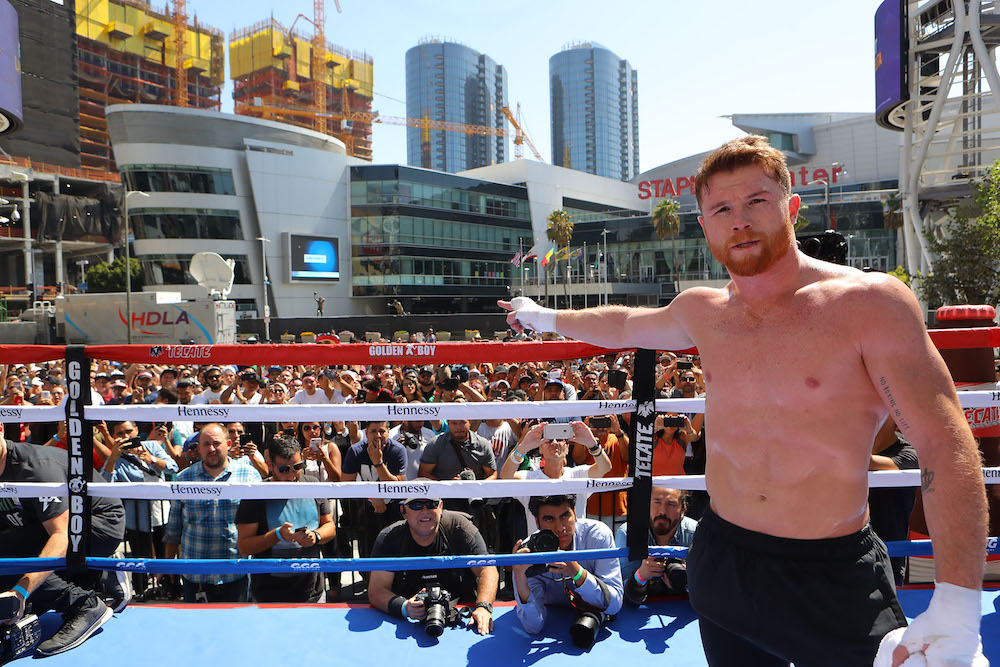 Last week was the most eventful week since a March 5, 2018 press release was sent to boxing media from Golden Boy Promotions confirming their fighter Canelo Alvarez of the fighter’s two positive tests for Clenbuterol in advance of his rematch against Gennady Golovkin.

On March 20, 2018 Golovkin held a media day at his training camp in Big Bear, California and unloaded on both Alvarez, GBP head Oscar De La Hoya and the Nevada State Athletic Commission.

GOLOVKIN ON THE NSAC

“The commission … they all put their heads down to avoid eye contact,” Golovkin said, according to the Los Angeles Times. “I noticed it when I reviewed the fight again. These people are terrorists, they are killing the sport, not just me.”

The Associated Press quoted Golovkin as saying, “I told you, it’s not Mexican meat. This is Canelo. This is his team. This is his promotion. … Canelo is cheating. They’re using these drugs, and everybody is trying to pretend it’s not happening.”

Regarding the first fight against Alvarez in September 2017:

“Have a look at the video. He used some pills. It was pretty obvious when his muscles were all with traces of injections. I’ve known it for a long time.” 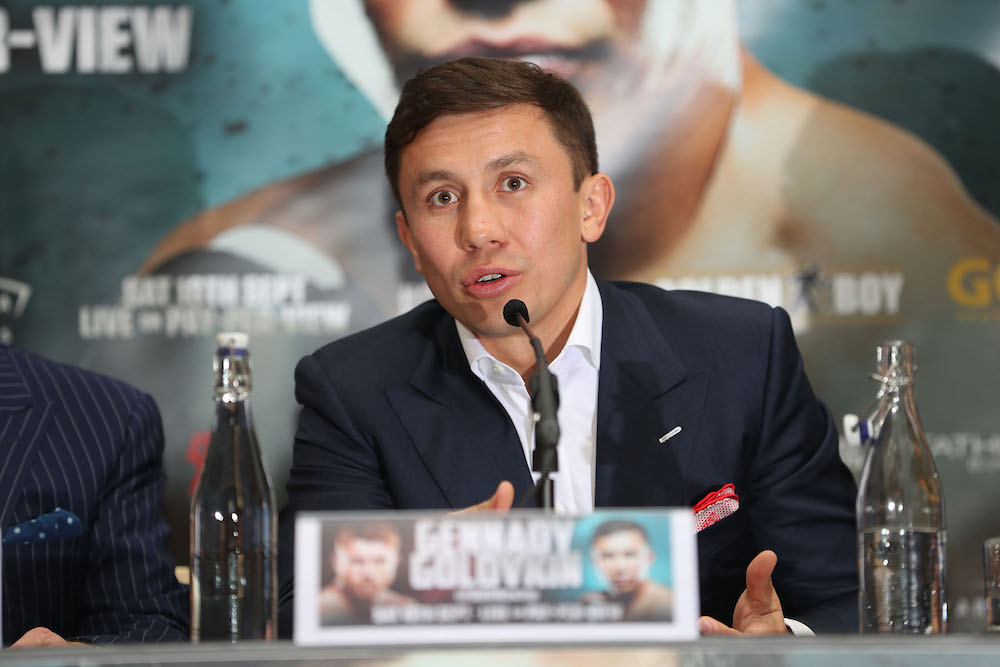 “It was pretty obvious when [Alvarez’s] muscles were all [enlarged] … and with the traces of injections, which were visible,” Golovkin said, according to AP. “I can talk about Oscar De La Hoya, too. He is also not clean. He’s dirty.”

The next day, March 21, 2018, Alvarez broke his sixteen day silence regarding his positive tests for Clenbuterol through his Instagram account in which he posted two stories, one captioned “I’m gonna kick your (expletive) ass,” while throwing combinations in a ring from his closed training camp in San Diego, California, and a second caption read “little bitch,” and included the hashtag “#GGG,” while Canelo used an ab roller.

On March 23, 2018 the Nevada State Athletic Commission issued a temporary suspension of Canelo Alvarez.  The fighter is required to appear before the commission at their hearing on April 10.  Will the suspension continue past April?

Less than one month before the May 5 fight is to take place, on April 10, 2018, the Nevada State Athletic Commission will hold a hearing regarding Alvarez’s positive tests for Clenbuterol, with the decision of if the fight will go forward seemingly hanging in the balance.

“Mr. Alvarez is temporarily suspended by the Nevada State Athletic Commission for his adverse analytical findings, that being clenbuterol, on Feb. 17 and 20,” commission executive director Bob Bennett. “A commission hearing is scheduled for April 10, 2018, to hear from Mr. Alvarez.”

Alvarez is required to appear before the commission, either in person or via telephone, to reaffirm his stance that his two positive tests were the result of eating tainted meat in his home country of Mexico.

To date Alvarez has issued only one statement regarding his positive tests.

“I am an athlete who respects the sport and this surprises me and bothers me because it had never happened to me. I will submit to all the tests that require me to clarify this embarrassing situation and I trust that at the end the truth will prevail.”

Golovkin’s promoter, Tom Loeffler of K2 Promotions, has indicated that his fighter will lace up gloves on May 5 with or without Alvarez on the other side of the ring.

“Whatever the commission does, Gennady would still fight May 5 if Canelo is out. If for some reason it’s not against Canelo, we’ll figure out the best course of action at that time, but he is training to fight May 5.”