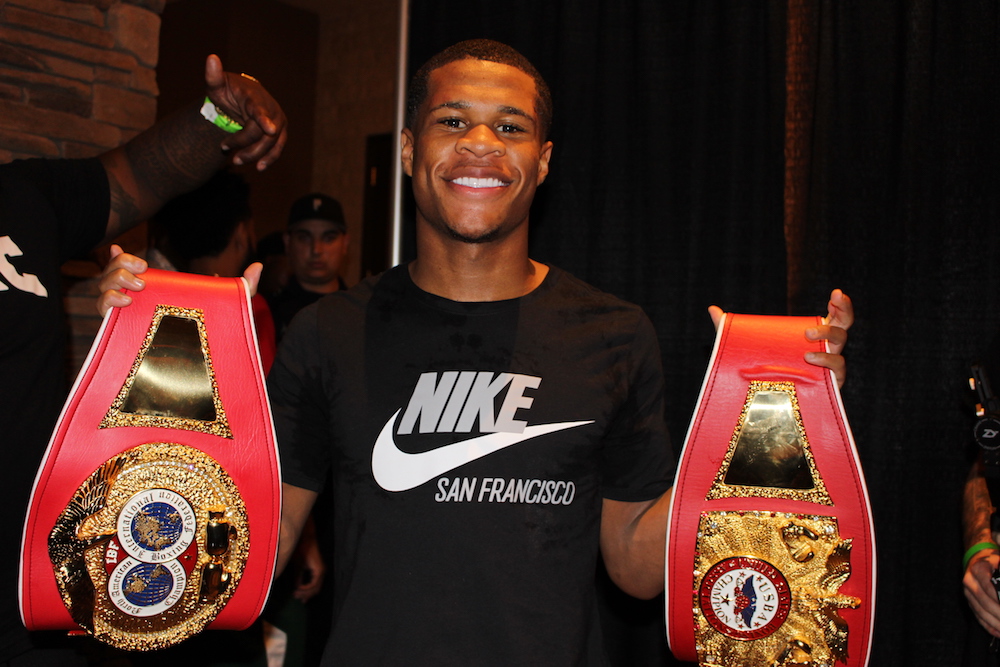 On September 28, 2018, Devin Haney Promotions touched down in the city of Temecula, California for a ShoBox: The New Generation installment that was televised by Showtime.

What made the event notable was that the main event was headlined by uber-talented 19-year-old rising prospect Devin Haney.

Yet even more noteworthy is that Haney is currently the youngest licensed fight promoter in California.

Haney, (20-0, 13KO) dispatched of veteran Juan Carlos Burgos in impressive fashion after using the opening rounds to gauge his timing and game plan, which lead to a unanimous decision nod at the scores of        97-93 and 100-90 twice.

“Burgos is a crafty veteran with a lot of heart but tonight I showed the world why I’m the next superstar in boxing,” said Haney.  “I’m ready to take on all the champions in the lightweight division. I’m the new money and Showtime is my home. I’m coming for everyone!”

The new ‘Pechanga Summit’ has great stadium-fashioned seating topped with suites and served as the perfect touchdown for Devin Haney Promotions inaugural show.  Aside from the normal lack of action between fights that boxing usually suffers from, and the crew for the night applying logos to the ring just minutes prior to the fight card start, there were very few noticeable glitches throughout the night. 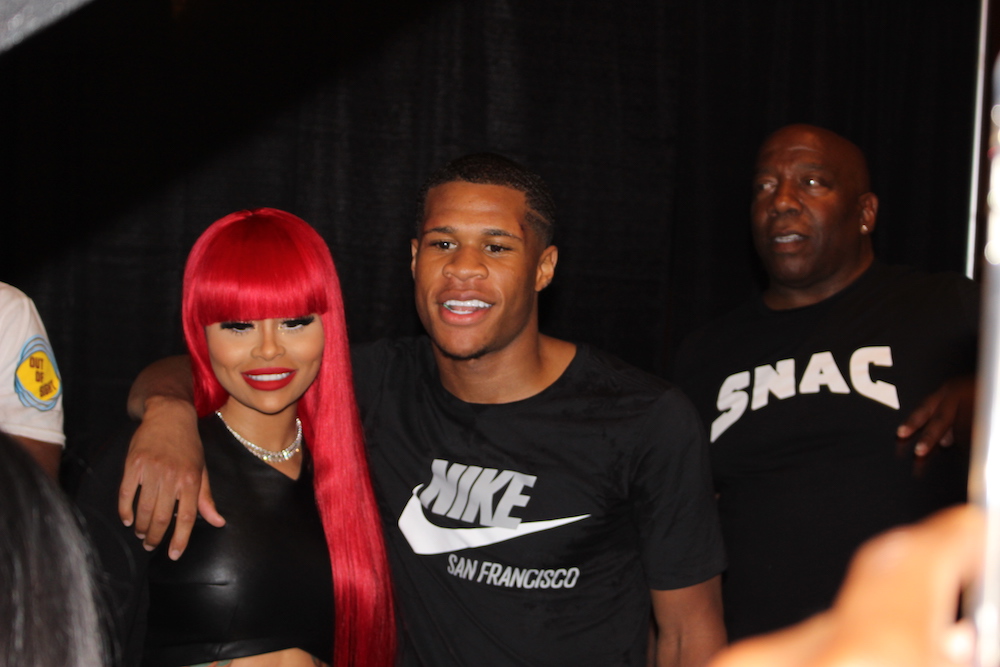 Adding to an already exciting night of action, which featured a first round, one-punch knockout at the hands of super lightweight Kevin Shacks, who handed opponent Ricardo Valdivinos his first career loss, and a game effort, even in loss from Ohio super middleweight Deandre Ward, who never shied from contact and fought to a unanimous decision loss against Cem Kelic, there was a mega fight, celebrity type buzz as seated ringside was socialite and Haney girlfriend Black China.

Shane Mosley, who has sparred with Haney, was in the front row seated next to former heavyweight champion Cris Byrd.  Rapper Kevin Gates rap-walked Haney into the ring, as did Zab Judah, who wore a Team Haney shirt. 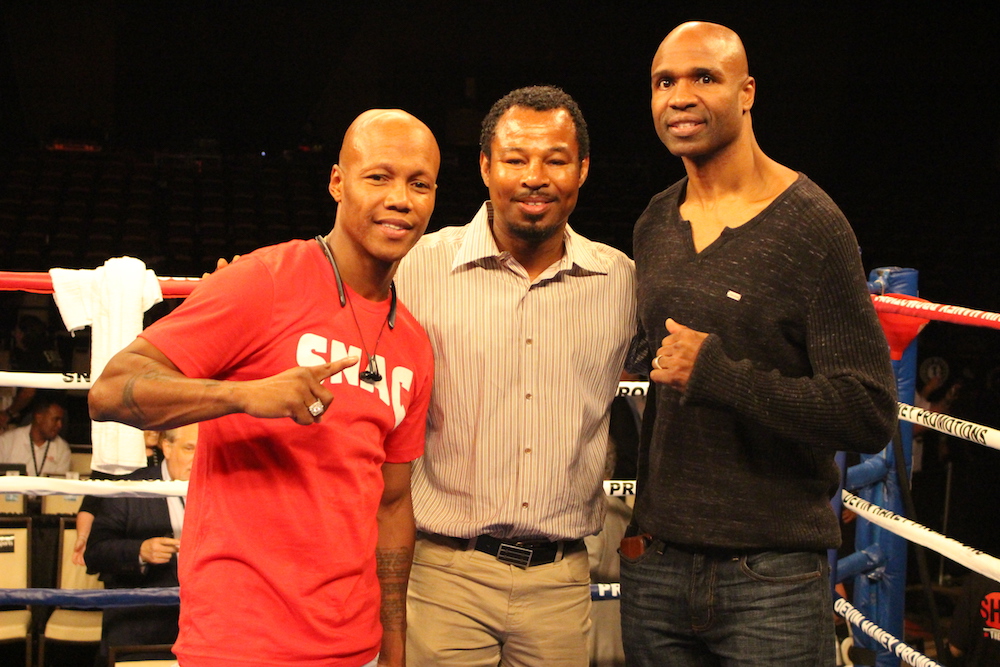 Wrestler/actor Goldberg gave a Showtime interview and milled around, taking pictures with fans.

Longtime referee Joe Cortez was seated ringside for the main event, and when 3MR asked his opinion following the fight, Cortez, who is an advisor with DHP, remarked that he liked what he saw from Haney, and believes he is right where he needs to be at this point in his career.

“This was the kind of fight we needed.  Devin Haney is still a young fighter, only 19.  We aren’t trying to rush him.  We will consider in the very near future getting him into a title fight… he’s a clean-cut kid.”

PECHANGA BACK IN BOXING BIZZ

Pechanga (pronounced PAH-CHONG-GAH) first held a professional boxing match on November 5, 1999, and has since gone to house the above-mentioned fighters on various top networks, and was a hot spot for the sport for many years.

As for Haney, the only thing shining as bright as his future is the Showtime lights.