Is it time for Pacquiao to pack his bags?

Manny Pacquiao’s loss to Jeff Horn may be a sign that it’s time to go. 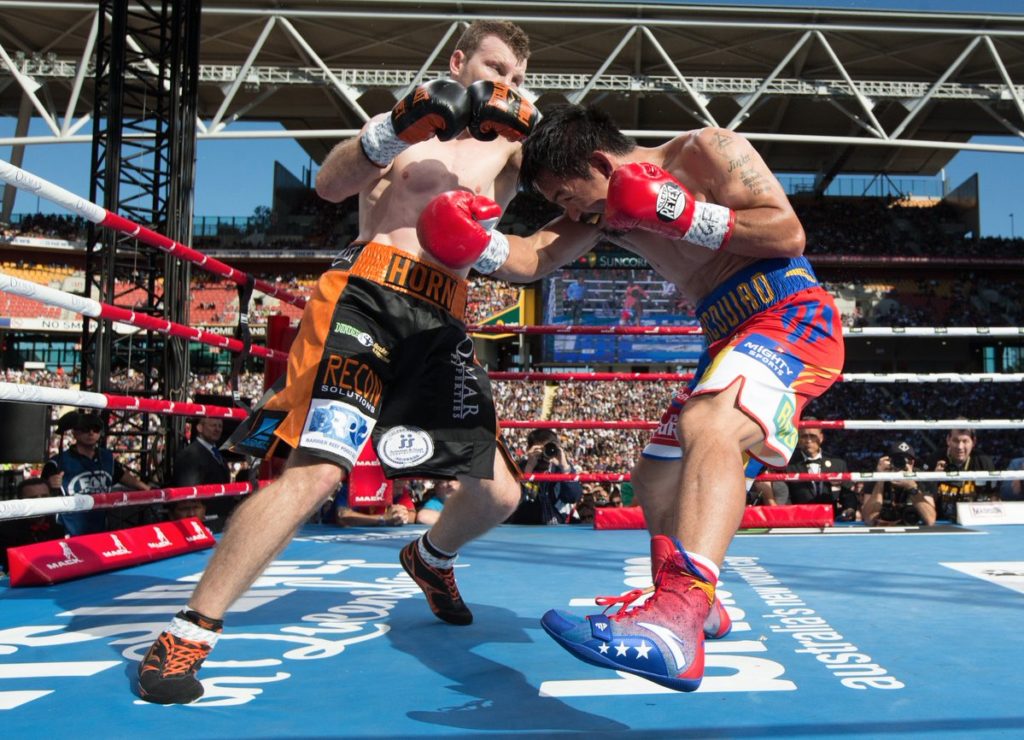 Pac’s loss reminds me of that Briggs/Foreman robbery many years ago. I was watching that as a young hopper, back in my grandparents’ room, by myself, while the rest of the family was chilling in the family room (#boxinghead). It seemed like “boxing” was telling big George to go kick rocks, and they were tired of his act and preferred a new lineal champ. I’m not talking conspiracy; I’m just talking the feeling of it all. Last Saturday’s result reminds me of that.

Anyway, I think the Crawford-Pac fight is inevitable. And I think Crawford beats the snot out of the old legend. Crawford will become a star off of that performance, just as Pac did after ending Oscar. We’ve seen this movie. It’s boxing.

Pac’s 38, and he’s been a pro since he was a teen. He’s been knocked around and he’s battle worn. The fact that he’s still a legit champ level fighter with some speed and power, with that iconic herky-jerky bounce, is a testament to his greatness. But slippage has been apparent for a while now. If I’m being honest, Vargas (medium to high talent) and Bradley (old and on the downslide) aren’t in the class of Spence, Thurman, Porter, Brook, or even Garcia. Yeah, Pac deserved the win, but Horn isn’t winning 3-6 rounds against the other champs, and I doubt he sees the final bell. Saturday night was the greatest night of Horn’s career. Credit to him. He’s making some life changing money. That’s as good as it gets for him. Nothing wrong with that.