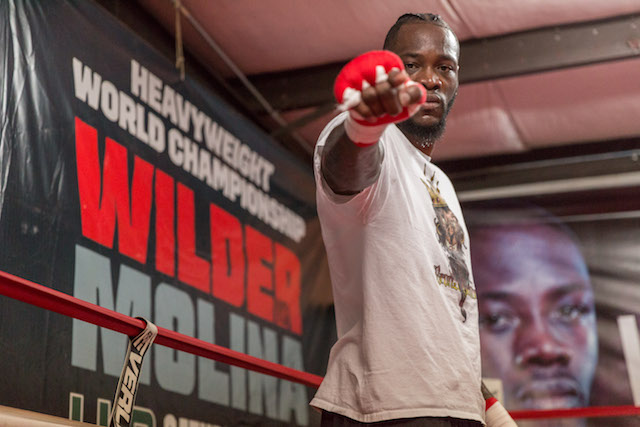 WBC heavyweight titlist Deontay Wilder recently spoke to the media to give his thoughts on the upcoming heavyweight showdown between IBF titlist Anthony Joshua and former champ Wladimir Klitschko.

Klitschko and Joshua will face each other this Saturday night from Wembley Stadium in London on Showtime (with a tape delay replay later that night on HBO).

“I love this fight for these guys. I love it for the sport of boxing. The fans seem to be well in-tune with it and I think this is a super fight for the heavyweight division,” said Wilder.

“I can’t wait for it. I can’t wait to see what happens and hopefully those guys go in healthy and come out the same way. This is a very dangerous sport, especially when you’re trying to perform and put on a show.”

Wilder (38-0, 37 KOs) has made five defenses of his own title since winning it back in 2015; his most recent win coming in February against Gerald Washington. 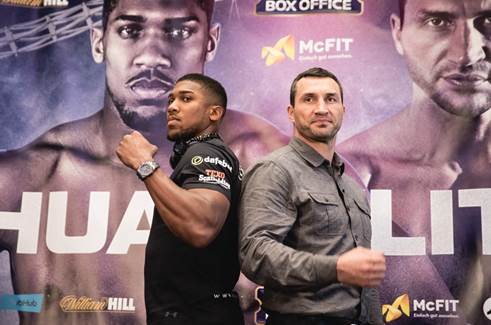 “With Klitschko I definitely feel that the teachings of Emanuel Steward are lacking a little bit, but he’s not to blame. Steward was a very, very smart trainer. The things that he could see and the things that he can get in the heads of the fighters, that was unbelievable. He wasn’t a great trainer for no reason and that’s when I thought Klitschko was the best when he had Emanuel in his corner. Not only when he’s inside of the ring but when he’s on the outside too. Now, I just feel since he’s gone, it’s more about what Wladimir wants to do, not what his trainers see.”

“My mind goes to Klitschko, because he’s very smart. People talk about age, but like I said, age can play an advantage too. Klitschko has seen every style there is…And when you see it again, you know how to handle it and adapt to it. You know what you got to do,” said Wilder.

“He knew what he had to do against Fury, he just didn’t pull the trigger because he was scared of being punished. That was his fault. Now that’s a shame on him. Now he’s coming back for a second time for a title, so if he does it again, he’s going to need to give it up. For those reasons, my heart goes to Joshua but my mind goes to Klitschko.”