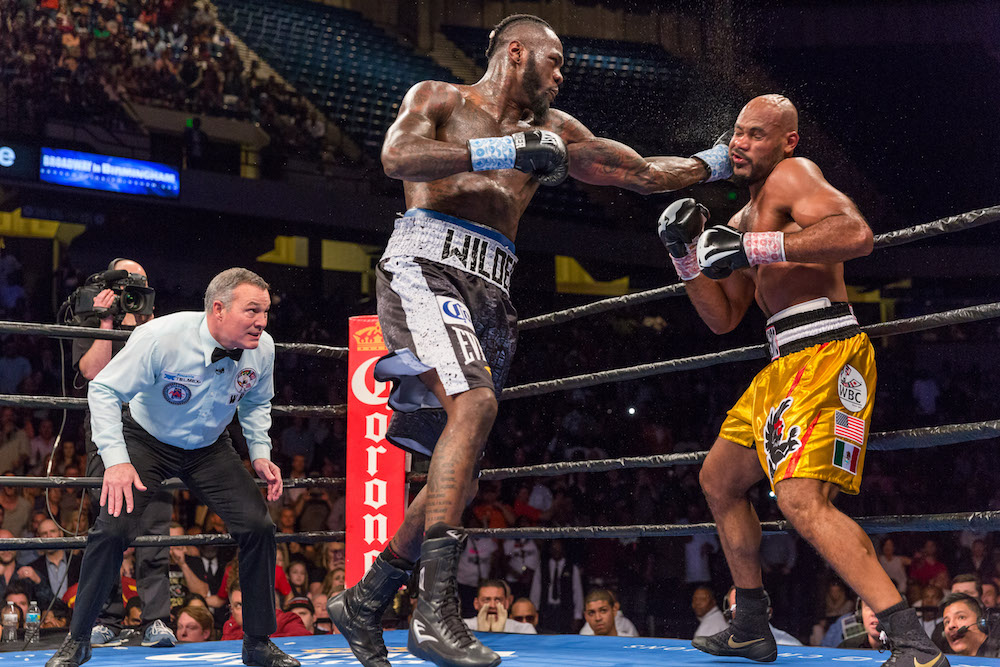 Heavyweight titlist Deontay Wilder wasn’t on his best on Saturday night, but all it took was one big punch to change his fortunes against Gerald Washington in the Premier Boxing Champions main event on FOX.

Wilder (38-0, 37 KOs) looked tentative and somewhat sloppy, raising questions about whether or not his surgically repaired right hand and biceps were fully recovered.  Washington (18-1-1, 12 KOs) managed to keep Wilder off-balance with jabs and looked to be controlling the pace of the fight.

However in the fifth round, Wilder connected with a big shot that sent Washington down.  Washington got to his feet but Wilder unloaded with a combination that prompted the referee to wave it off, as the hometown crowd in Birmingham, Alabama erupted. 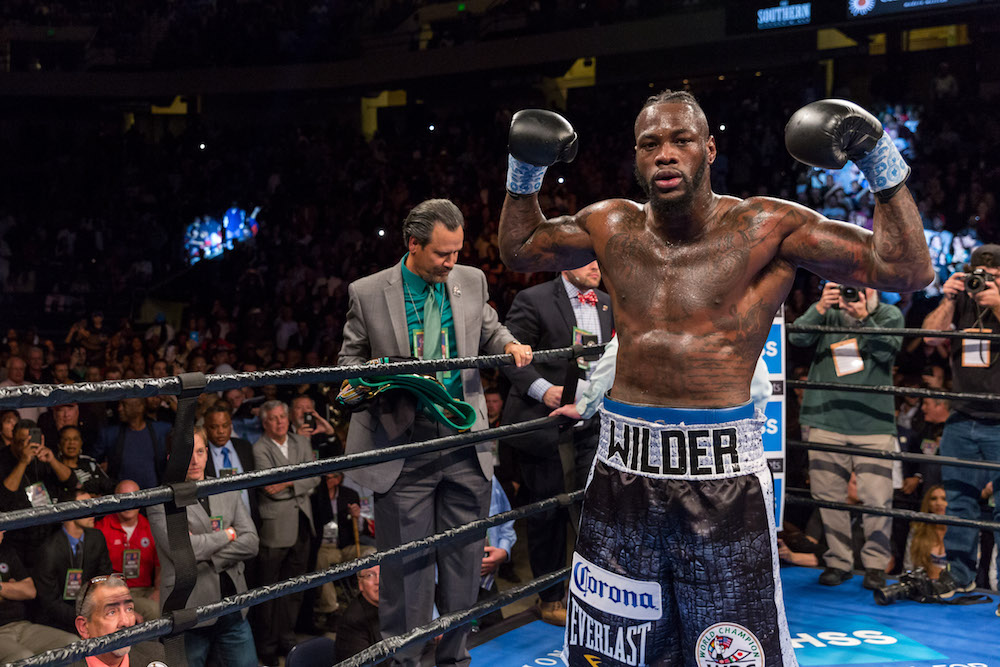 “I knew he was going to come in excited to fight for a world title. I just kept calm and found my rhythm. I really knew he was going to tire out, and when he did I took advantage,” said Wilder afterward. “As I’ve been saying, I’m looking to unify the division. I think it’s critical to have one fighter and one champion, and that’s Deontay Wilder. Let’s hope Joseph Parker is ready for me because I’m definitely ready for him.”

Said Washington for his part, “I just got a little impatient. I was trying to go for it. It was an even boxing match. I could have kept it like that and kept it boring. I don’t know why I fell asleep there. I guess I lost a little focus.” 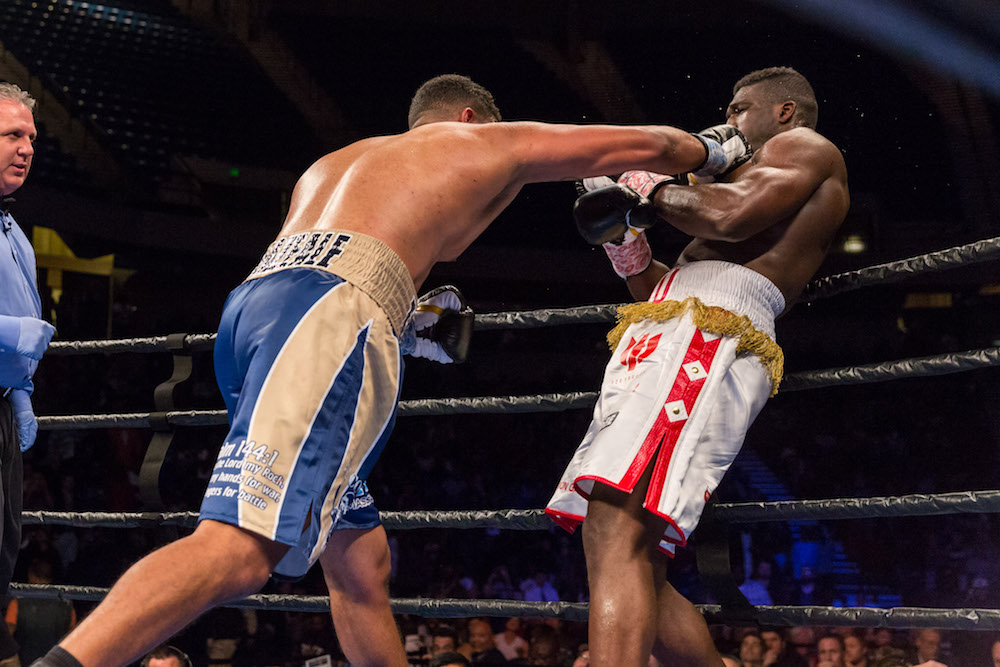 In the opening fight of the telecast, heavyweights Dominic Breazeale (18-1, 16 KOs) and Izuagbe Ugonoh (17-1, 14 KOs) gave fans a helluva fight, as the two went to war right from the start. In the third round, both fighter hurt each other but it was Breazeale who managed to score a knockdown in the process. Then in the fourth, Ugonoh hurt Breazeale badly and scored a knockdown of his own. However, Ugonoh appeared to be gassed and Breazeale came back strong in the fifth round.

Breazeale took advantage of a tired Ugonoh and hurt him again, finally sending him down for the second time in the fight. Ugonoh beat the count but shortly after was dropped again; this time through the ropes, prompting an immediate stoppage.

“It took a little time for me to find my pace, but eventually I found my rhythm,” said Breazeale. “Izu came in in great shape and with guns blazing. He came at me with some stuff that I wasn’t expecting. Him being the lighter guy I wasn’t really expecting the power he possessed.” 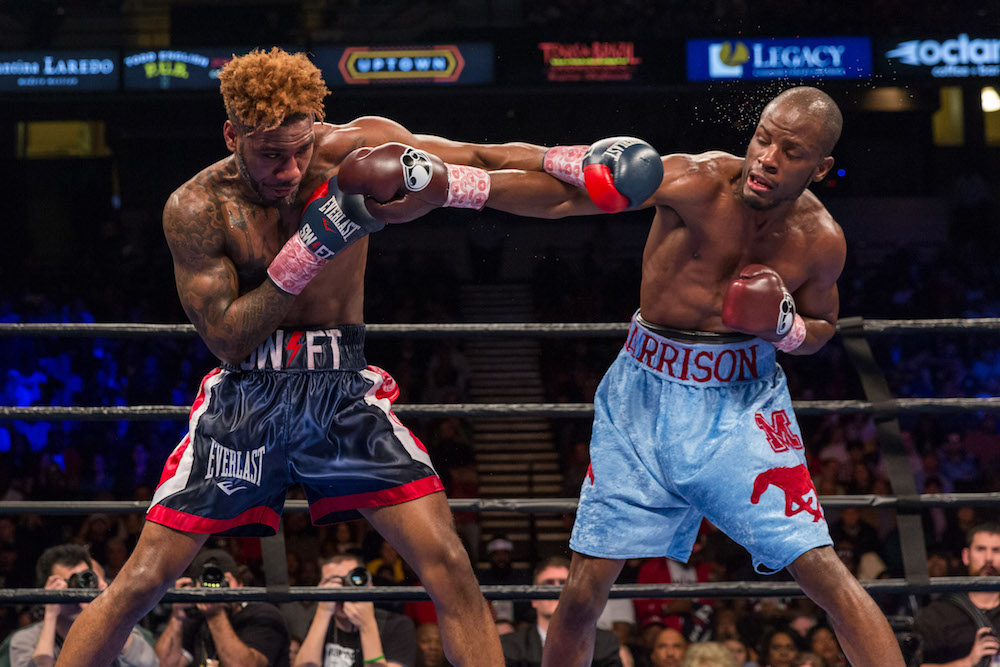 In the co-feature, Jarrett Hurd (20-0, 14 KOs) earned the vacant IBF junior middleweight title with a ninth round stoppage win over Tony Harrison (24-2, 20 KOs).