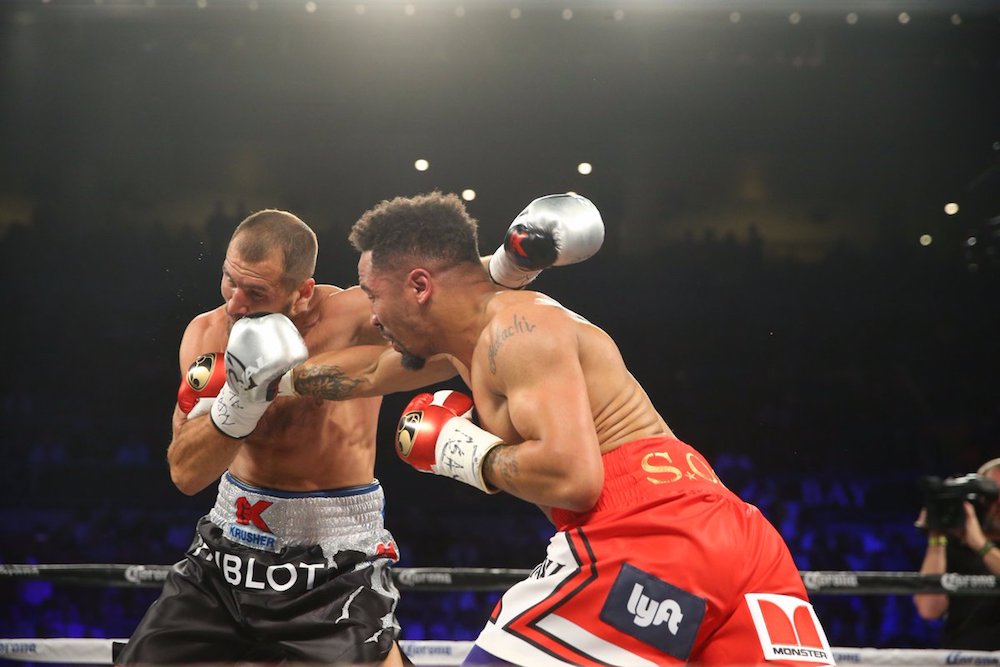 The fight was close for the first half of the fight, as the two traded rounds, with Kovalev being busier and landing his jab, while Ward countered and went to the body. Through seven rounds, 3MoreRounds had it 67-66 for Kovalev, but it appeared that the former champ was becoming increasingly fatigued. 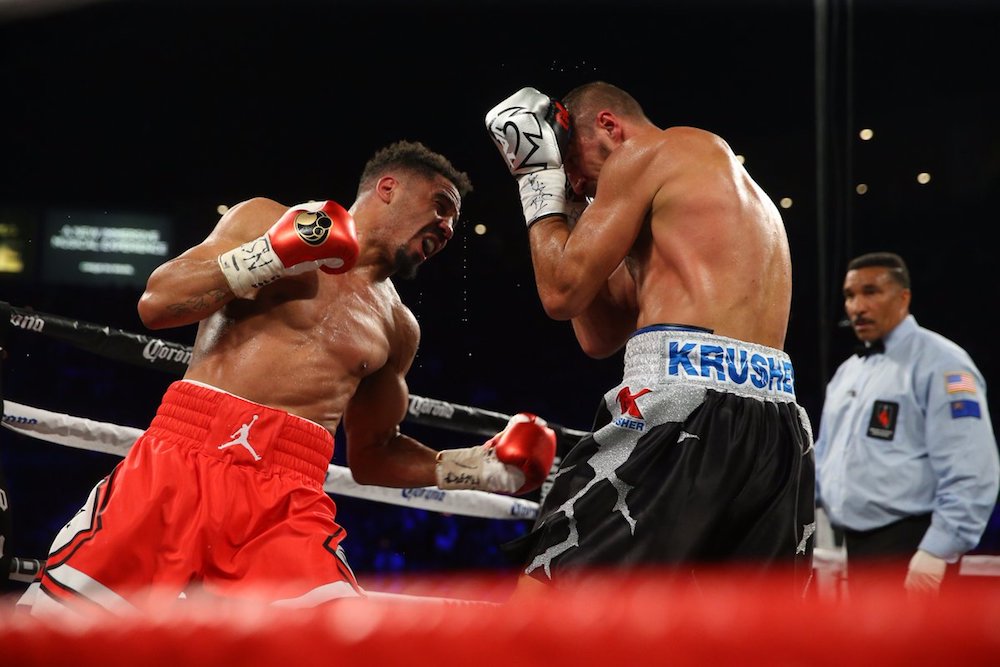 In the eighth, Ward landing a perfect right hand to the chin that hurt Kovalev badly, who attempted to hang on.  Ward kept punching, especially to the body, which only hurt Kovalev more.  As Kovalev fell back towards the ropes, Ward landed a left hook downstairs that appeared borderline low (both Ward and Kovalev would say after the fight that they thought it was borderline), and then landed two additional body shots that left Kovalev slumped over, prompting referee Tony Weeks to call it off.