Valdez outpoints Quigg in a war

Plus, Andy Vences and Eric De Leon battle to a competitive draw. 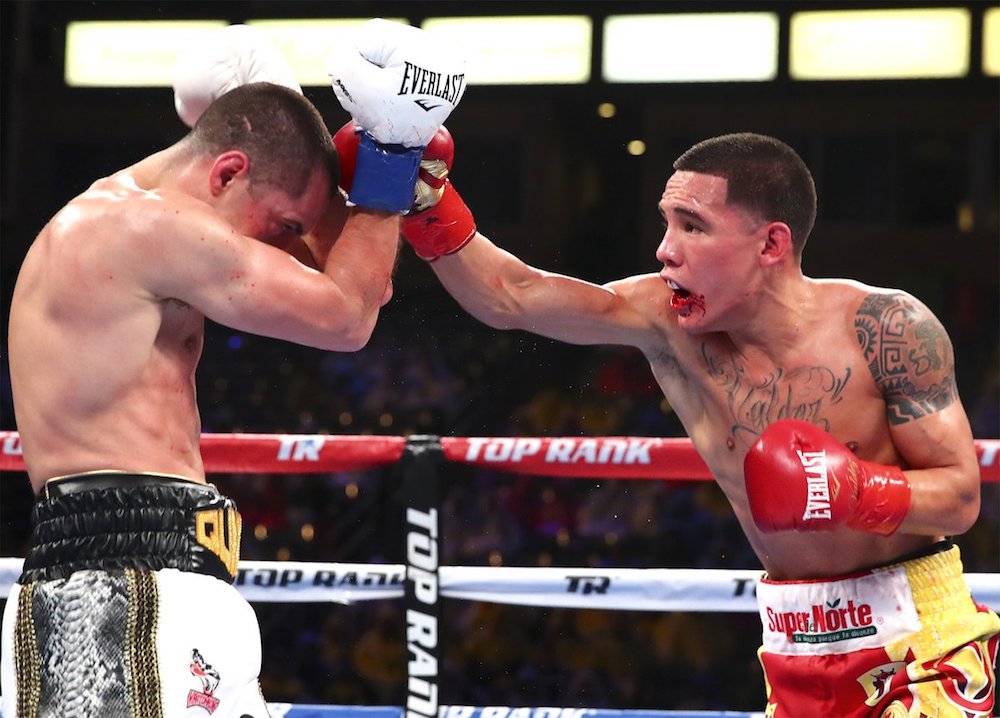 Quigg, who didn’t make weight on Friday was unable to challenge for the WBO featherweight title, but he and Valdez fought as if the title was on the line.  Valdez used his speed in the early going to land rights and uppercuts, while landing nasty hooks to the body.  Quigg however, kept coming forward and was aggressive, despite missing a lot of his punches while Valdez dipped and slipping punches.

Quigg finally saw success by landing hard hooks in the fifth round. Valdez expended a lot of energy to move in and out and make Quigg miss while causing a cut over Quigg’s left eye.  Valdez landed a hard left hook that hurt Quigg to the body but Quigg then landed a brutal right cross that stunned Valdez, who had to hold on. Valdez had his mouth split open in the sixth round from a right hand, which bled throughout the fight.

Quigg covered up well in the last few rounds with the peek-a-boo defense. Valdez however, hurt Quigg badly with a body shot in the opening minute of the 10th round, but was unable to send him to the canvas. The final two rounds were hotly contested, but in the end, it was Valdez who walked away with the win. 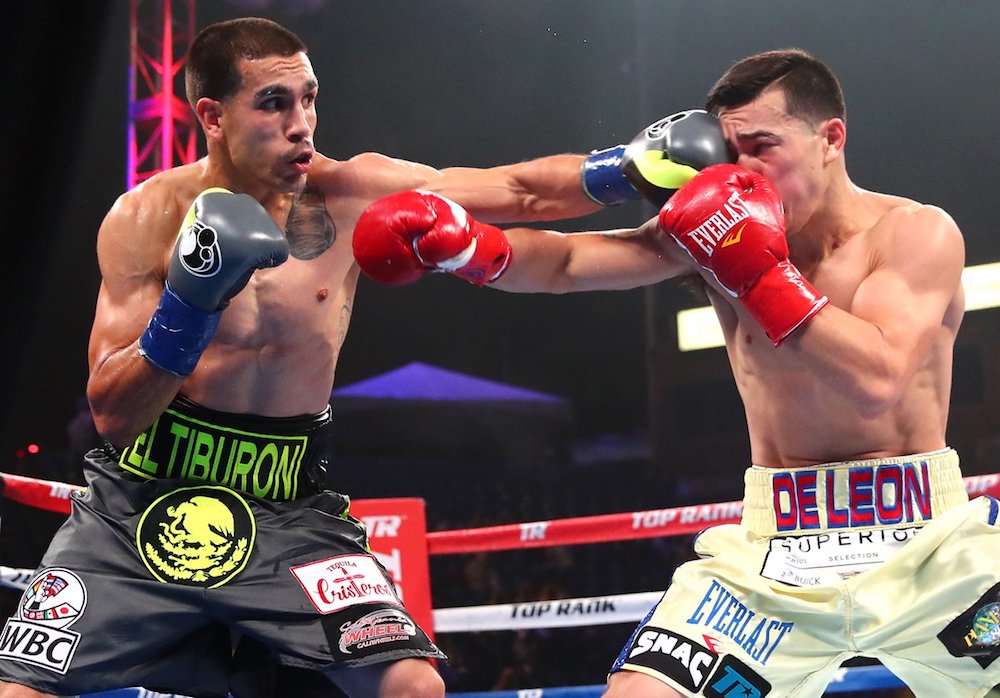 Both fighters established their jabs at the start though De Leon lunged in frequently with a lot of his hooks. Vences caught him with a straight right in the third that knocked him off-balance but they got tangled up and could not follow-up. Vences had additional success with the overhand rights but De Leon had an effective fifth round, landing a couple of hooks that landed cleanly.

De Leon would do well with his right jabs as the fight wore on, finally landing his combinations. Vences landed a nasty right uppercut in the 10th round but De Leon was more aggressive throughout the last couple of rounds.