Tensions high between Ward and Kovalev

Andre Ward and Sergey Kovalev talk to the media in Oakland to promote their June 17 rematch. 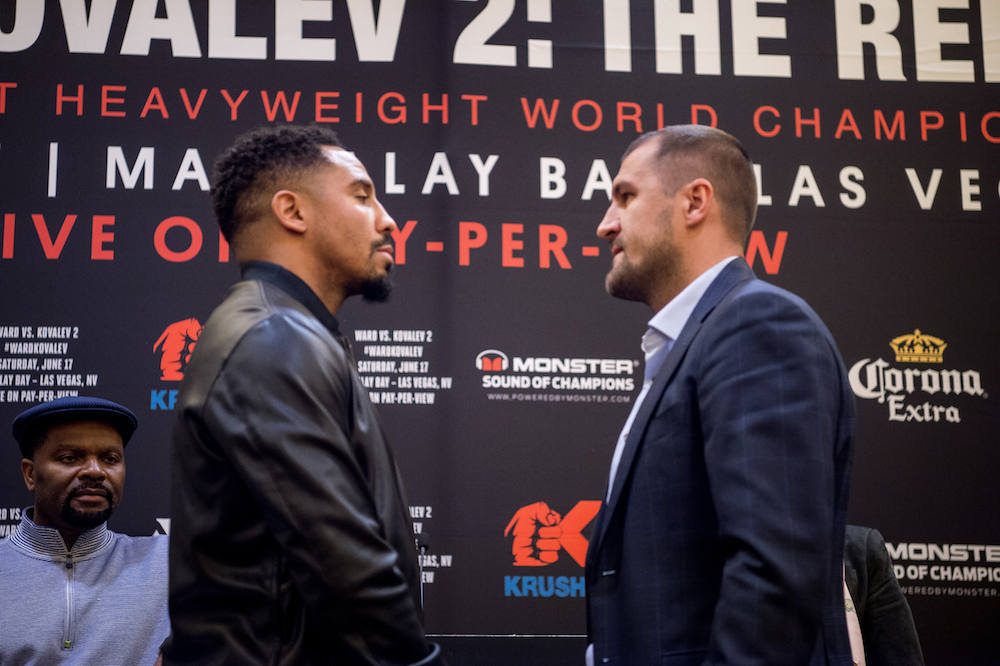 The tension was noticeably palpable at the final leg of the initial press tour to promote the June 17 rematch between light heavyweight champ Andre Ward and former champ Sergey Kovalev, which took place on Tuesday afternoon in Oakland, California.

The two had recently spoke to the media in New York City, but appeared eager to end the talking and get to fighting, which they’ll do at the Mandalay Bay in Las Vegas on HBO PPV.

“The other side is saying I have to prove a lot, I have to show a lot,” explained Kovalev. “I don’t need to prove or show anything. I showed and proved everything on November 19. Anybody who hasn’t seen that or doesn’t think that, you’re going to see it on June 17. This is what I promise and this is what I’m going to do. The ones who think about Andre Ward’s victory, you can still pray for him because I’m going to show it on June 17. He got those belts somehow. I think June 17 is going to be the day everybody’s going to see the way it’s supposed to be.”

Ward, who was also all-business, was obviously happy to be back home. 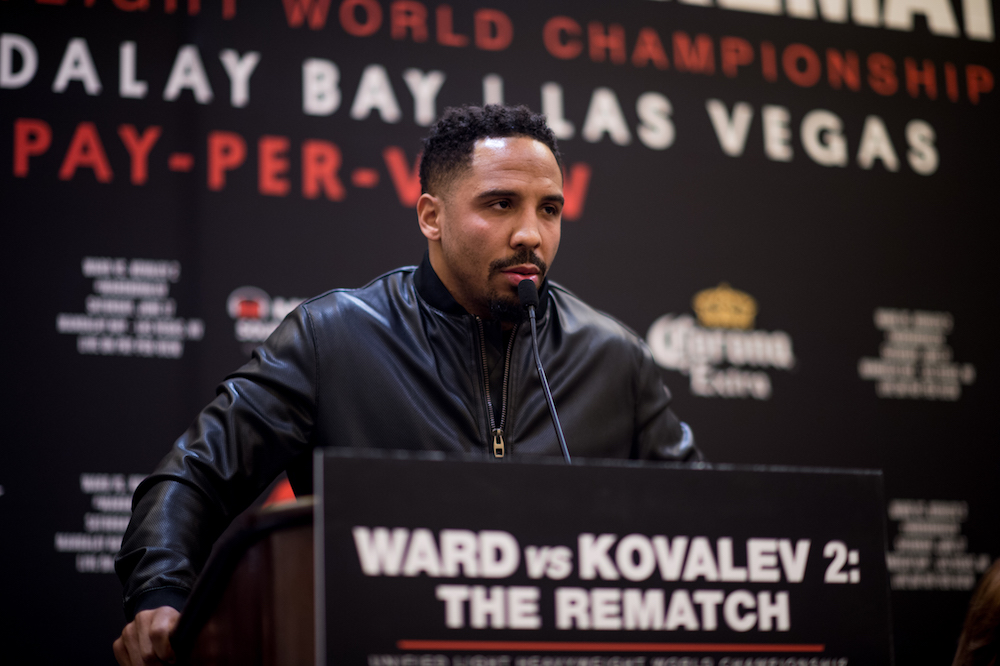 “It’s always good to be home in the Bay Area. It’s amazing how in a short time, eight, nine, ten years, we put the Bay on the map in terms of the boxing world. Oakland used to be a major fight town, and we got away from it. But through myself and many other young fighters, contenders who may not have had opportunities that I was afforded, we’re doing our part to continue to represent the Bay in a major way and that’s a beautiful thing.”

Ward however, reiterated that there’s been more than enough verbal jabbing and wouldn’t be intimidated by another fighter’s reputation or trash talking.

“Boxing right now is not like it used to be. It’s a climate right now where there’s a lot of talking. Guys don’t do what they say they’re going to do. They don’t perform and then they find excuses on why they didn’t perform. There’s only a handful of guys in history that I know that talked and then backed it up. We don’t have a lot of that today. So, it’s okay to not be the loudest talker in the room, but when it’s time to shine, be that guy…But you don’t let anybody – media, broadcasters, fighters, anybody – beat you before you get in the ring. You make them earn it. And if they do it, tip your hat to them and give it credit. But you’re not beating me on reputations. This is the first time this team has met a team where that stuff isn’t working. You beat me, you’re going to earn it.” 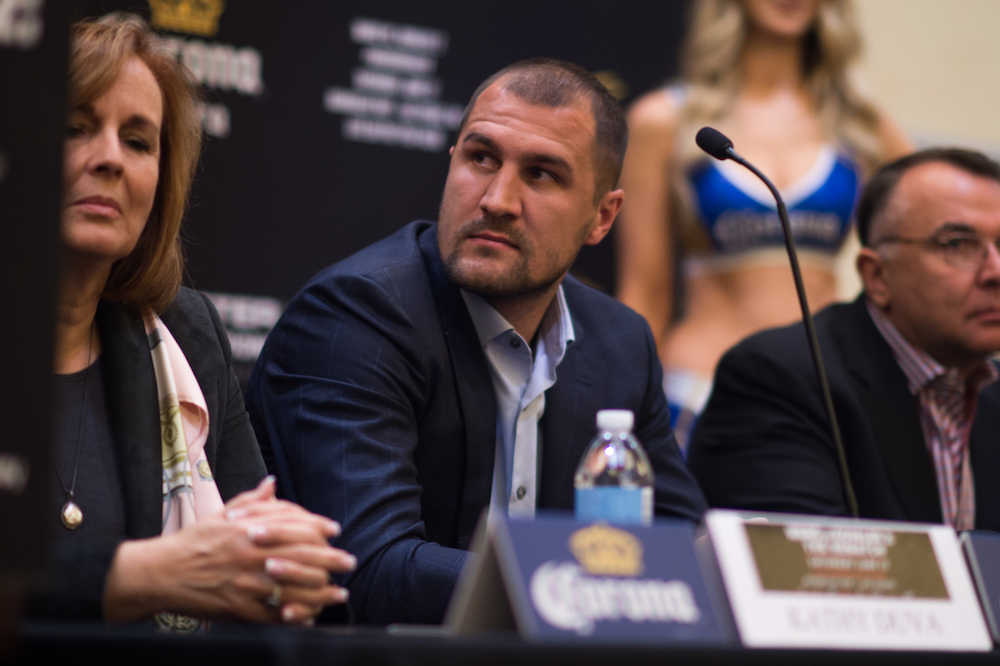 With the press tour now concluded, the two fighters will now head back into training as they prepare for their summer showdown to end any doubts as to whom the better fighter is.

Last November, Ward annexed the light heavyweight crown with a close, unanimous decision win, after suffering a knockdown in the second round.