Sullivan Barrera and Paul Parker to meet on Saturday night at the Mohegan Sun. 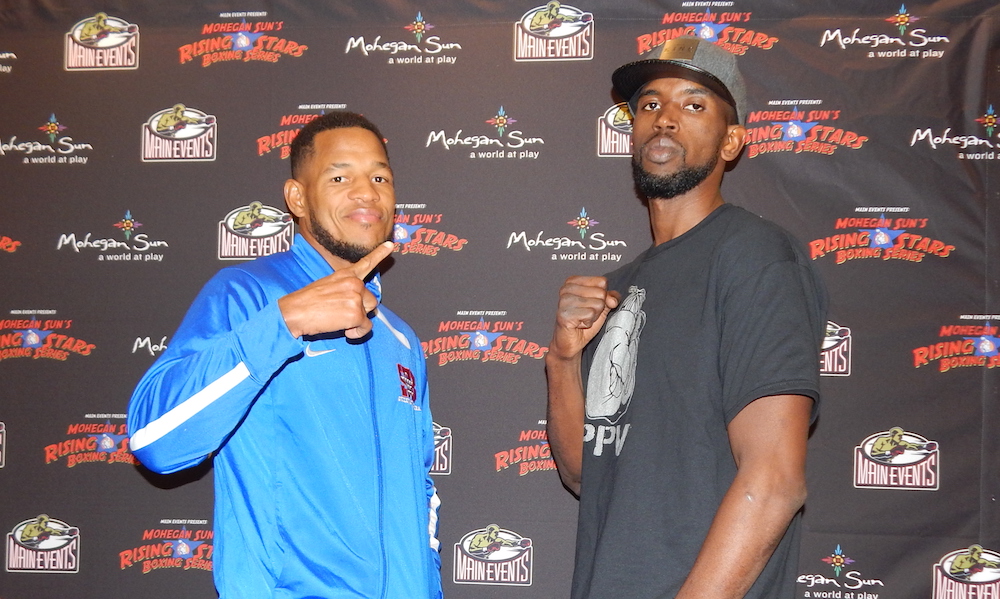 On Saturday night, light heavyweight contender Sullivan Barrera (18-1, 13 KOs) will take on Paul Parker (8-1, 4 KOs) in the main event of the HBO Latino card taking place at the Mohegan Sun in Uncasville, Connecticut.

The two met face to face on Thursday afternoon at their final press conference, eager to step into the ring.

“I want to thank everyone for coming out today. I want to thank my promoter Main Events. Thank you very much to HBO Latino for having us back on the network. Thank you to Mr. Paul Parker for accepting the fight. As usual we had a good training camp and we are going to put on a good show. Thank you so much,” said Barrera.

Parker meanwhile, who has been out of action for over a year, lost a decision to Shabranskyy in 2015, but rebounded with a win over Lionell Thompson in February of 2016.

“This is big for me to be here with no manager and no promoter. I did this the hard way,” said Parker. “I believe in myself more than anything else in the world. I came to get what’s mine; what I’ve earned. He’s put in front of me so he has to go. I am Paul “Pay Per View” Parker. I want to thank Main Events and everyone who put this show together. I want to thank God for being in my life.”

The co-featured bout will see Vaughn Alexander, who stepped in for the injured Arif Magomedov, in action against Andres Calixto Rey, while Meiirim Nursultanov will take on Javier Olvera in the opening bout.

Tickets to the card are still available for $50 and $75 via Ticketmaster and the Mohegan Sun box office.

Tensions high between Ward and Kovalev
Barrera TKOs Parker in 5