Spence to face Peterson on January 20

Spence-Peterson to take place in Brooklyn. 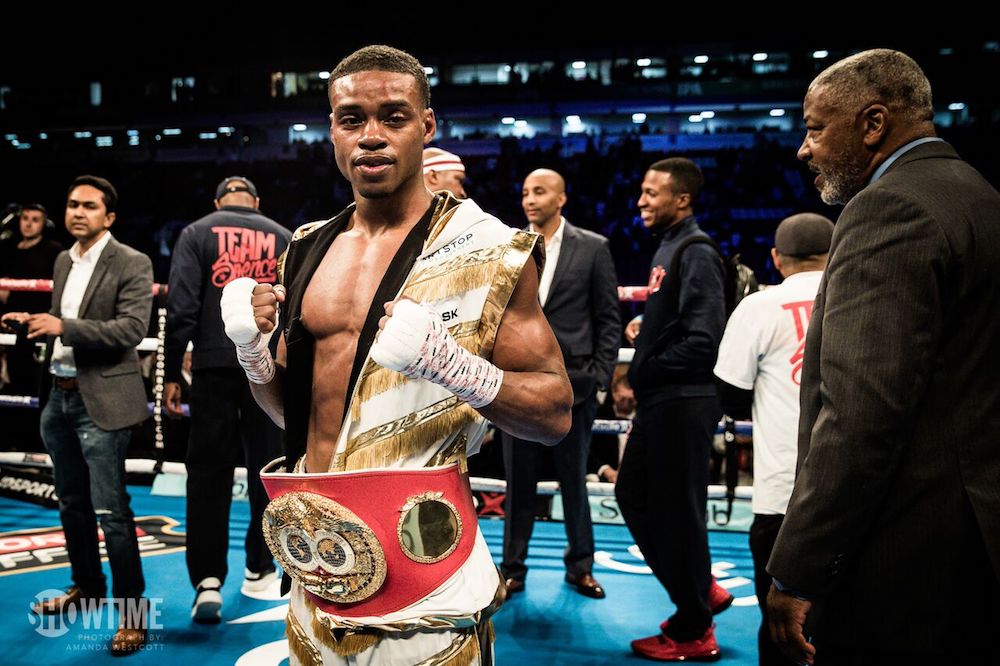 Errol Spence Jr. will make the first defense of his IBF welterweight title on January 20, when he takes on Lamont Peterson at the Barclays Center in Brooklyn, New York on Showtime’s Premier Boxing Champions telecast, beginning at 9 p.m. ET / 6 p.m. PT.

Spence (22-0, 19 KOs) earned the IBF title last May in an impressive stoppage win over Kell Brook in Sheffield, England.

“My goal is to unify the welterweight division in 2018, but this fight is a true test and Lamont Peterson is a veteran that I definitely will not overlook,” said Spence. “I sparred him in the amateurs and I know what he brings to the table. I have to get through him to achieve my goals and that is what I plan on doing January 20th.”

“First off, I’m happy to be getting back in the ring,” said Peterson. “I’ve stayed in the gym and I’m ready to go. This is a fight I wanted and as I said before when I became a welterweight, I want to fight the best and make the fights that people want to see. I’m ready to give it my all and give the fans a great show.”