Yuriorkis Gamboa struggles against Jason Sosa but gets the decision anyway. 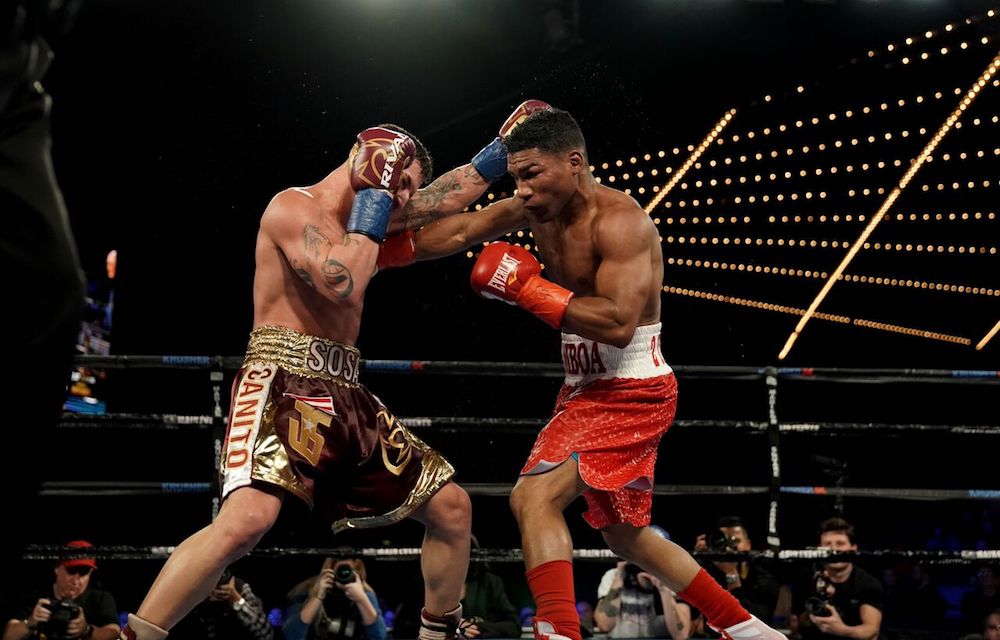 On Saturday night on the undercard of Sergey Kovalev’s return to the ring against Vyacheslav Shabranskyy in New York City, Yuriorkis Gamboa (28-2, 17 KOs) took on Jason Sosa (20-3-4, 15 KOs) in a 10-round junior lightweight bout.

Gamboa, who took the fight on short notice, looked sluggish from the start and a Sosa right cross in the first round that knocked Gamboa off-balance.  Gamboa did had his moments however, including in the fifth round when a straight right hand stunned Sosa.

By the seventh however, Gamboa looked tired and a hook landed by Sosa knocked Gamboa off-balance again – this time forcing his gloves to touch the canvas in order to stay up.  It was rightfully called a knockdown, despite Gamboa not looking hurt.

As the rounds went by, Sosa became more aggressive and applied constant pressure to Gamboa, who increasingly opted to hold, prompting various warnings from the ref. In the final round, and after repeated warnings, Gamboa was deducted a point for holding, but it would ultimately not impact the outcome.

“I’m sorry I didn’t give you a better fight. I only had three weeks to prepare,” Gamboa told Sosa after the fight.