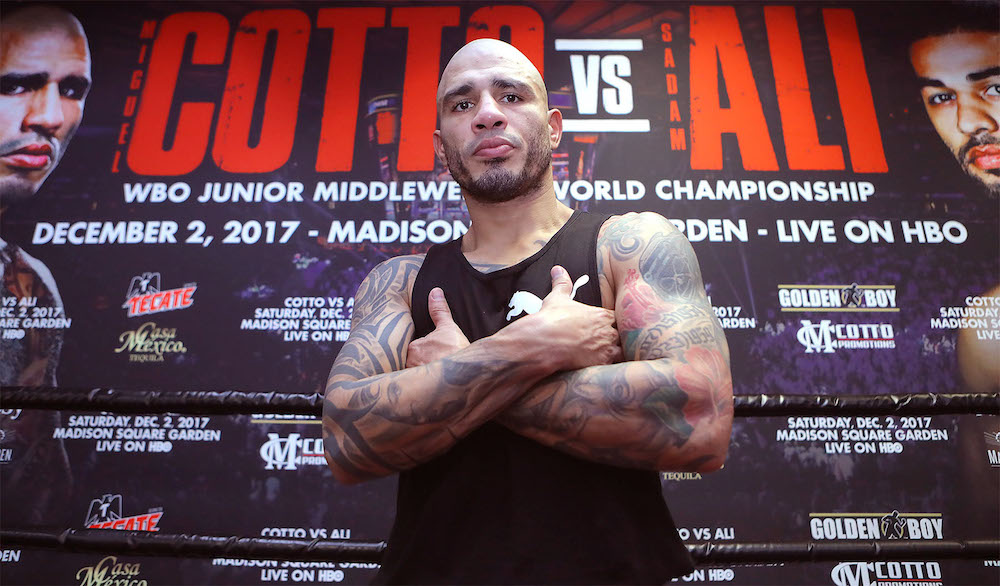 WBO junior middleweight titlist Miguel Cotto (41-5, 33 KOs) is less than two weeks away from the final fight of his illustrious career, when he takes on Sadam Ali on December 2 at Madison Square Garden in New York City.

On Monday afternoon, Cotto took part in a media day workout at the Wild Card Boxing Club in Hollywood, Calif., alongside trainer Freddie Roach to discuss the upcoming fight.

“Though it has been my last training camp, everything has gone well and been the same. The fact that it is my last fight has not changed anything,” said Cotto. “I have always dedicated myself fully and have worked hard, and that’s why I’m here now, finishing my career on my terms. 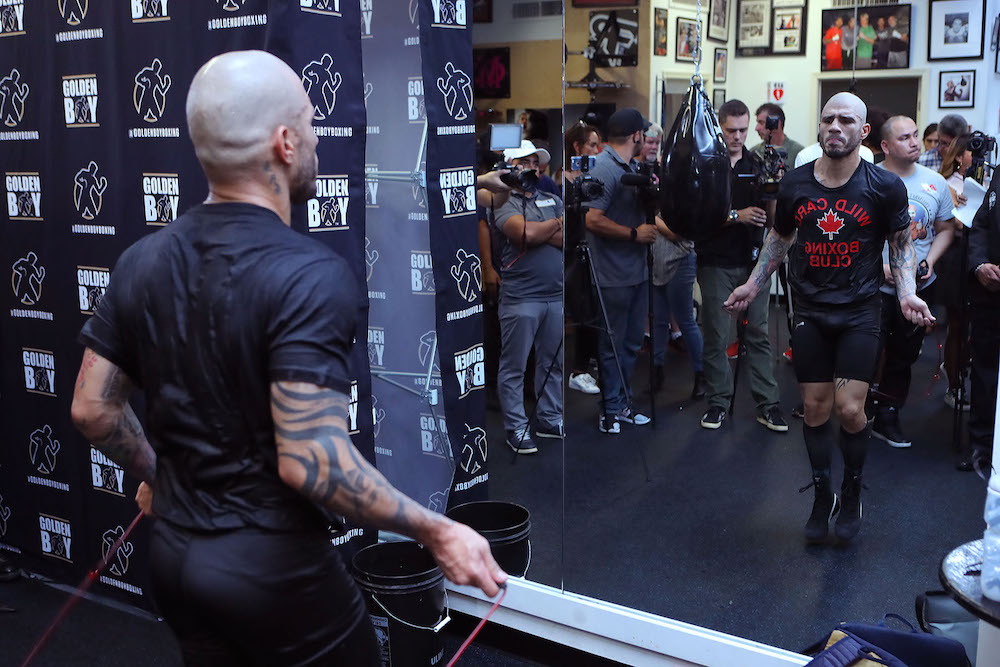 Cotto made his pro debut in 2001, winning a world title at junior welterweight and welterweight, while remaining undefeated until his now infamous TKO loss to Antonio Margarito in 2008.  Cotto of course would avenge that loss and continue his success, despite competitive losses to Floyd Mayweather, Manny Pacquio, Austin Trout and Canelo Alvarez. The last few years of his career included winning the middleweight championship from Sergio Martinez and winning another 154-pound title.

“I haven’t really felt nostalgia yet during the final days of my camp. I’m just grateful for what boxing has given me and for the life it has allowed me to give to my children,” added Cotto.