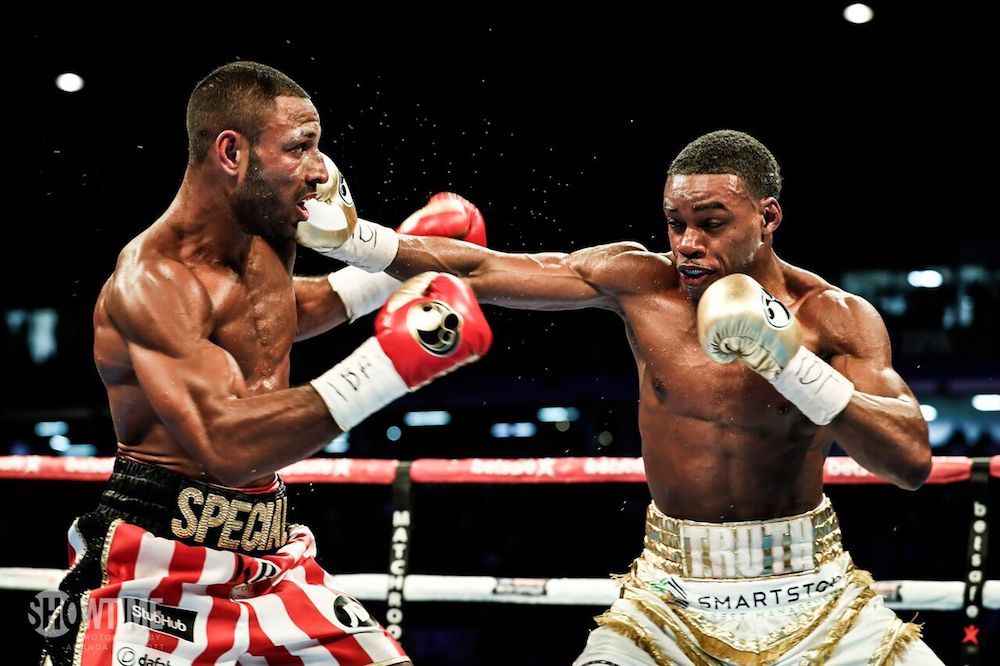 Errol Spence Jr. (22-0, 18 KOs) made the long trip to Sheffield, England and scored a KO win over Kell Brook (31-2, 25 KOs) to earn the IBF welterweight title in an entertaining and competitive match-up.

Coming off a stoppage loss to Gennady Golovkin, in which he moved up two weight classes to challenge for the middleweight championship, Brook was aiming to get back to his winning ways at his natural weight, but the unbeaten Spence Jr. had other ideas.

The early going was close, as Brook was the aggressor, while landing his jabs and lead right hands.  Spence Jr. kept his poise and began finding opportunities to land his straight left, while his right jabs were landing consistently and with great effect. 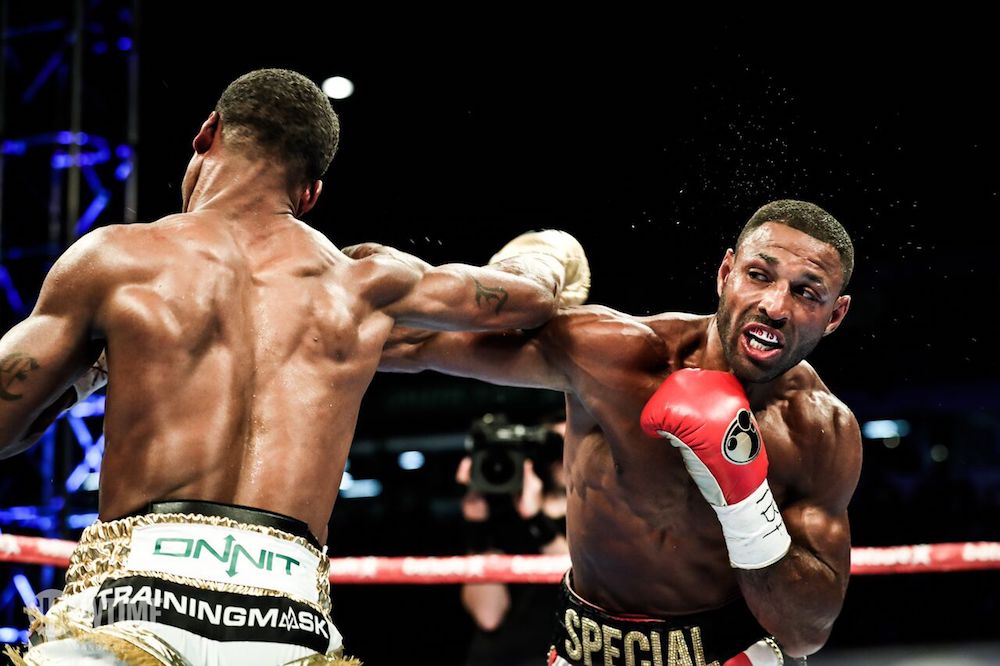 As the fight wore on, Brook’s left eye was showing signs of swelling, which Spence Jr. continued to attack with hooks and jabs. In the ninth, Spence Jr. had one of his better rounds, as he stunned Brook and unloaded combinations in a lopsided affair, with Brook trying to survive.

Then in the 10th round, Spence Jr. connected with a barrage of punches that caused Brook to take a knee, his left eye swelling even worse.  After regaining his composure, Brook came back strong and took the fight right back to Spence Jr., perhaps motivated by the 27,000 fans in attendance.

However in the 11th, Spence Jr. continued landing punches to the swelled left eye of Brook and after taking a stiff jab, Brook backed up and took another knee, where he was counted out.

“I got caught on the left eye in the seventh and it felt really bad,” Brook said. “It was the one the worst feelings I ever had. Kind of like when GGG hit me on fracture my orbital bone. It was devastating. I just couldn’t see. 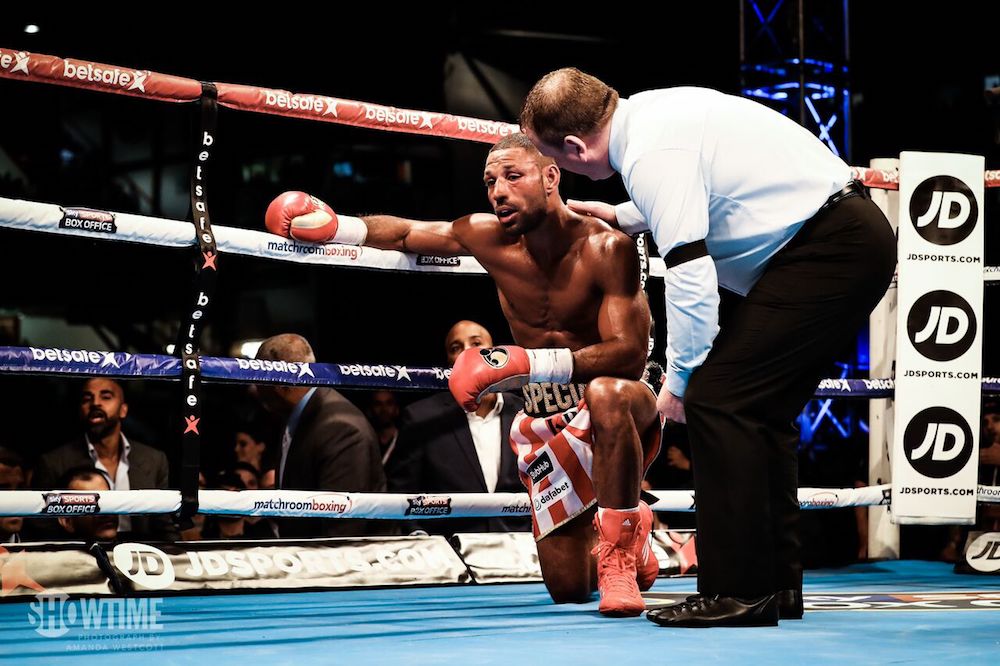 Added Spence Jr. after the fight, “This fight was tougher than I thought it was going to be. I showed I can take a punch and I can throw a punch. I can face adversity and I can win.

“Brook went to America to take the title from an American, like a true champion. I came here to his hometown to get that title back from him. I wanted to win like true champion, and I did because that is what champions do.”