Police on the hunt for Lawson who has been charged on two counts.

Leon Lawson Jr., who trains and is the uncle of Andre Dirrell, is being sought after by Prince George County Police after sucker punching Jose Uzcategui following the super middleweight bout on Saturday night.

After a competitive fight, Uzcategui landed a combination after the 8th round bell that floored Dirrell and resulted in a disqualification.  Despite Dirrell and Uzcategui embracing after the fight, Lawson decided to confront a distracted Uzcategui and blasted him with a left hook to the chin before exiting the ring and going on the run.

During the Showtime telecast, Jim Gray noted that police were looking for Lawson and would arrest him once found. 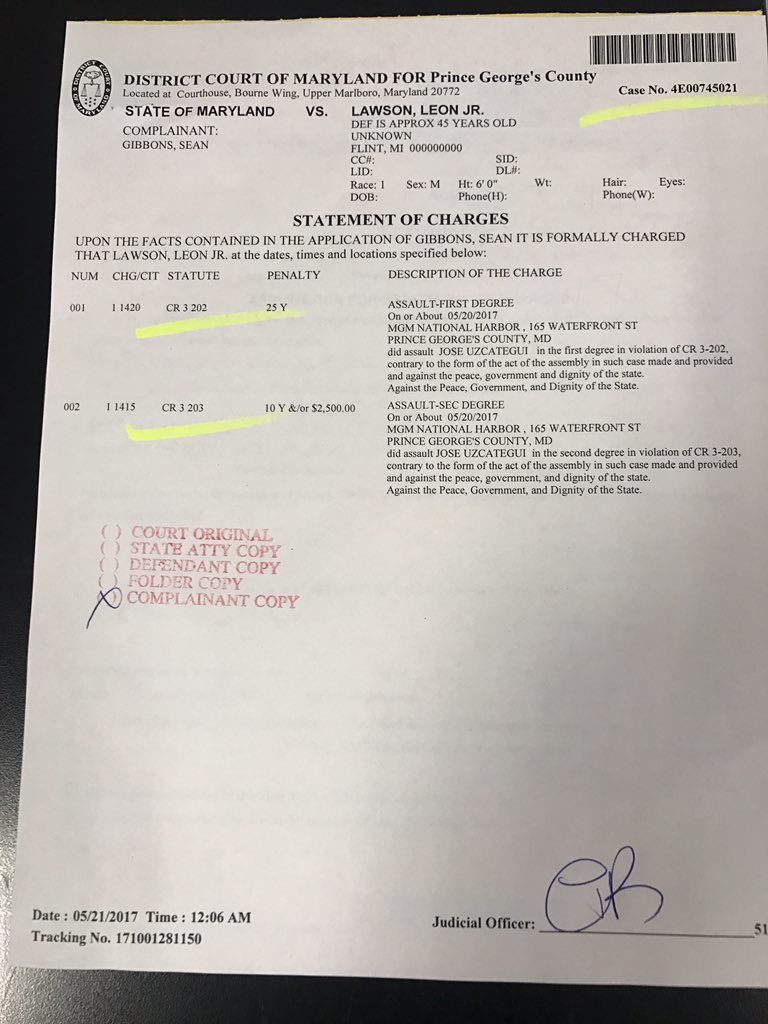