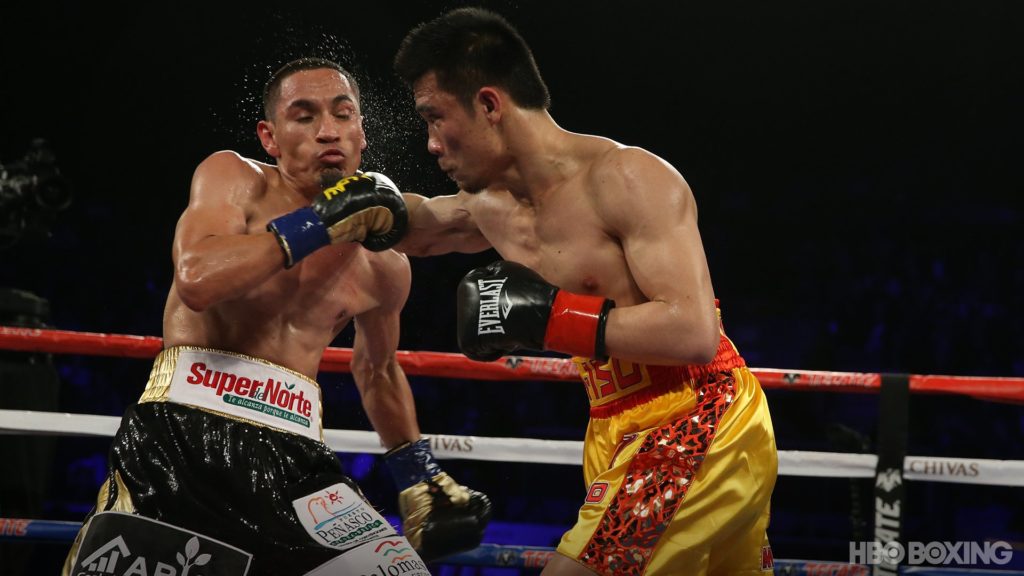 Srisaket Sor Rungvisai defended his WBC title via decision over Juan Estrada in the HBO main event of ‘SuperFly 2, the second of HBO’s series featuring one of boxing’s smallest divisions yet most action packed.

Almost 8,000 fans were witness to three title bouts at The Forum in Inglewood, California; the first a IBF flyweight title defense KO win for Donny Nietes, the second a WBC title eliminator win for McWilliams Arroyo and the main event Rungvisai’s dominant win against Estrada.

“It was a very good fight,” Sor Rungvisai said.”He hits very hard and I like his style, but I know I won the fight. The difference between now and other points in my career is now I have the support of the people of Thailand.”

The co-main event found Cuadras on the wrong end of a dubious decision that went in Puerto Rico’s McWilliams Arroyo.  Cuadras seemed to land more often than Arroyo and overall outbox and outfox Arroyo, yet one judge saw it even at 95-95 and two other judges saw it 97-93 and 98-92.

“People underestimate me because I’ve been off for two years but I’ve been in the gym the entire time training,” said Arroyo.

Nietes made the first defense of his IBF title that he won in April 2017.  Nietes, (41-1,4, 23KO) started slow but began gaining ground with the better punches and ultimately stopped Juan Carlos Reveco at :53 of round seven.

“I’m very proud to defend my title in front of all the great Filipino fans here Los Angeles.”