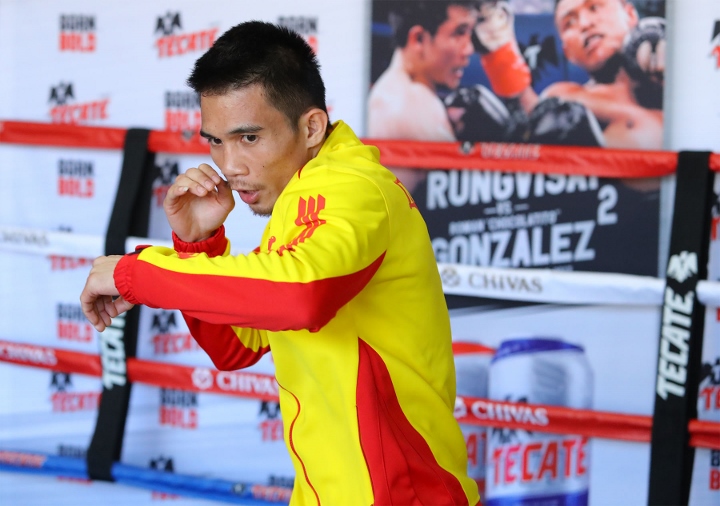 SuperFly 1 produced action-packed fights in the flyweight division, and the winners from SF1 are set to do battle against each other on HBO at the Fabulous Forum in Los Angeles, California in a de-facto four-man tourney that has breathed new life into one of the smallest divisions in professional boxing.

Srisaket Sor Rungvisai scored a stunning upset 4th round knockout victory over then No. 1 rated fighter in the world Roman Gonzalez in September 2017.  The WBC super-flyweight champion will again headline a SuperFly card, this time against Juan Francisco Estrada, who scored a unanimous decision nod against Carlos Caudras as the co-main event of SF1.

“These are all great honors and I’m very thankful to receive them. I can’t wait to return to the United States to defend my title against Juan Francisco Estrada on February 24 in Los Angeles in front of all the great boxing fans at the Forum and all of my Thai supporters.”

“I’m very happy for the opportunity and can’t wait for February 24 to become a world champion again. I know this is a tough fight, Sor Rungvisai is the best super flyweight in the world. I know I have the style to beat him. On February 24 you will see a lot of great fights and hopefully the Superfly series will continue with many great fights to come.”

The co-main event pits Cuadras against one-time Gonzalez foe McWilliams Arroyo as both flyweight fighters look to keep their names attached to the SF series.