Linares retains his lightweight title with a decision over Mercito Gesta. 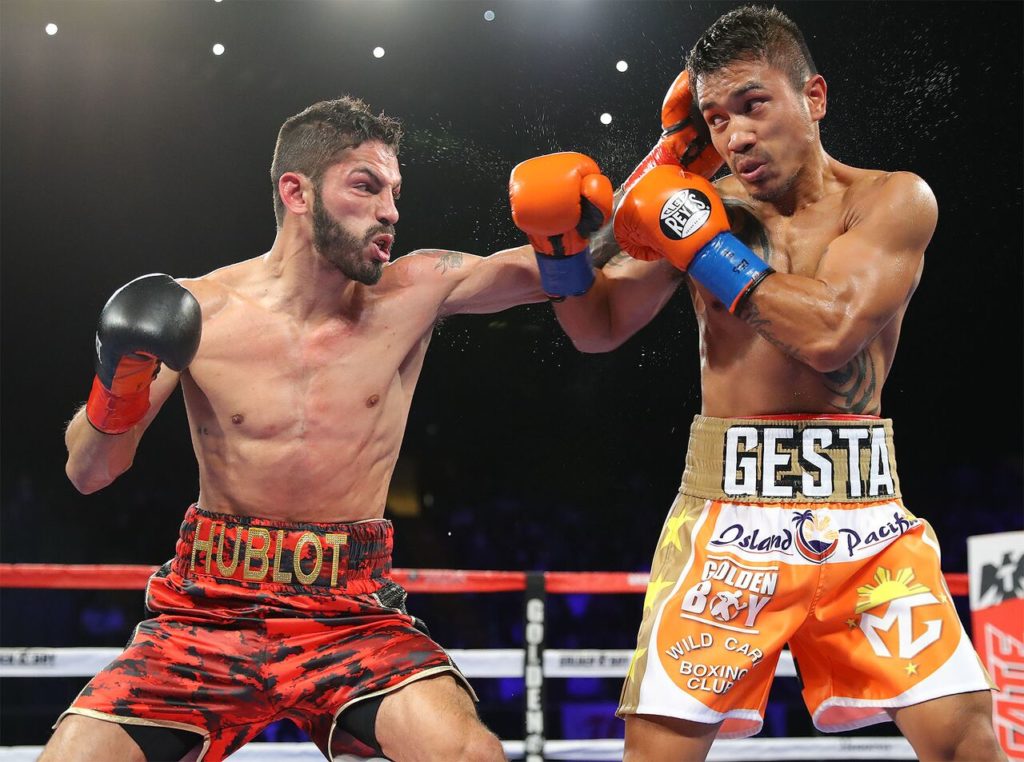 The co-featured bout of the card headlined by Lucas Matthysse vs. Tewa Kiram saw Jorge Linares out-point challenger Mercito Gesta in defense of his WBA lightweight title.  Gesta had much success in the outset, and landed great shots on the champion, but more damage was done down the stretch by the champion, who won a mostly action fight by the scores of 118-110 twice and 117-111.

“I didn’t really feel his power, though I hurt my hand in the fourth or fifth round. I threw my right hand without really putting too much power into it. I wasn’t touching him. There wasn’t a knockout because he was well prepared.”

California fighter Mikey Garcia was in discussions for this January assignment at The Forum against Linares, which fell through and gave Gesta the opportunity.  Now Linares is looking forward to a bout against Garcia or whoever else would like to meet Linares for his seventh WBA title defense.

“Like I said to Oscar De La Hoya, I don’t want to mention names for my next opponent. You know what’s nice? That people mention my name. That’s fine that they mention my name, but let’s get them in the ring. Let them get in the ring with me.”