George Groves punches his ticket to the finals of the World Boxing Super Series. 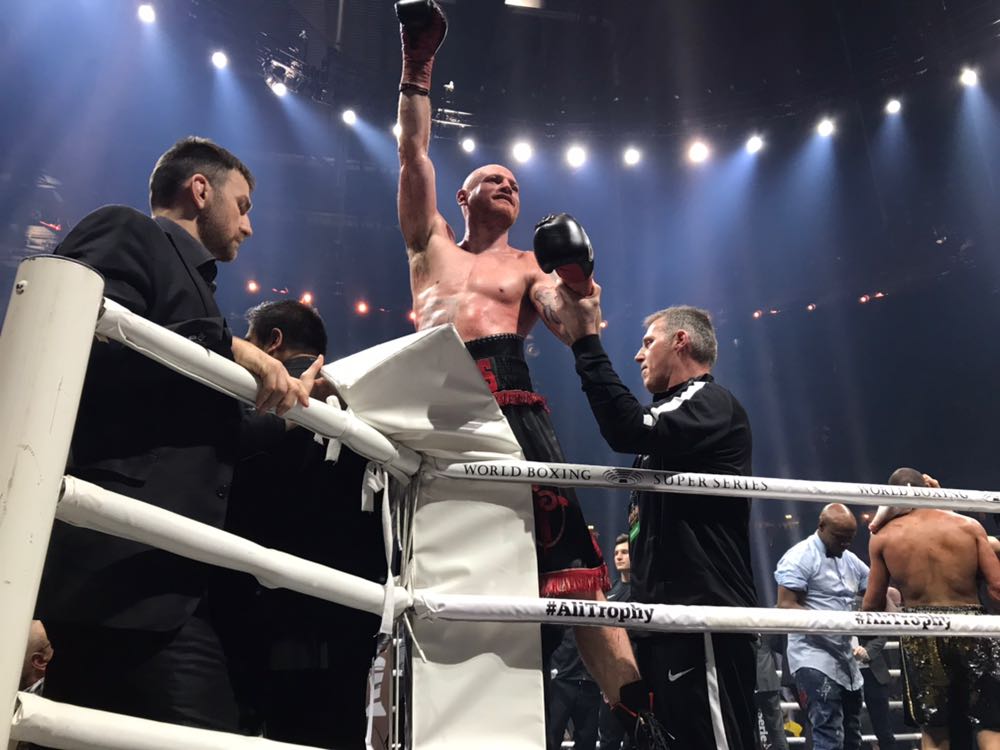 In one of the semi-final matches of the World Boxing Super Series at the Manchester Arena in Manchester, England, WBA super middleweight titlist George Groves (28-3, 20 KOs) earned a 12-round unanimous decision win over Chris Eubank Jr. (26-2, 20 KOs) in a fun-to-watch contest.

Groves controlled the fight early on with his jab as Eubank simply looked for power punches while staying aggressive throughout.

In the third round, Eubank suffered a cut over his right eye that would bleed consistently during the fight, and despite his constant aggression, Groves was impressive in making Eubank miss over and over again.

During the championship rounds, Eubank let his hands go, no doubt feeling he was behind on the cards (though he would say after the fight he did enough to win), and scored with some hooks along the ropes. Still, Groves stayed composed and picked his shots, landing clean punches until the final round, when he would suffer a shoulder injury in the closing minutes.

Groves, assuming he’s fit to compete, will next face the winner of the Callum Smith-Jurgen Braehmer semi-final, which takes place next week.  The final itself would take place in May.