Results from the ShoBox card in Detroit. 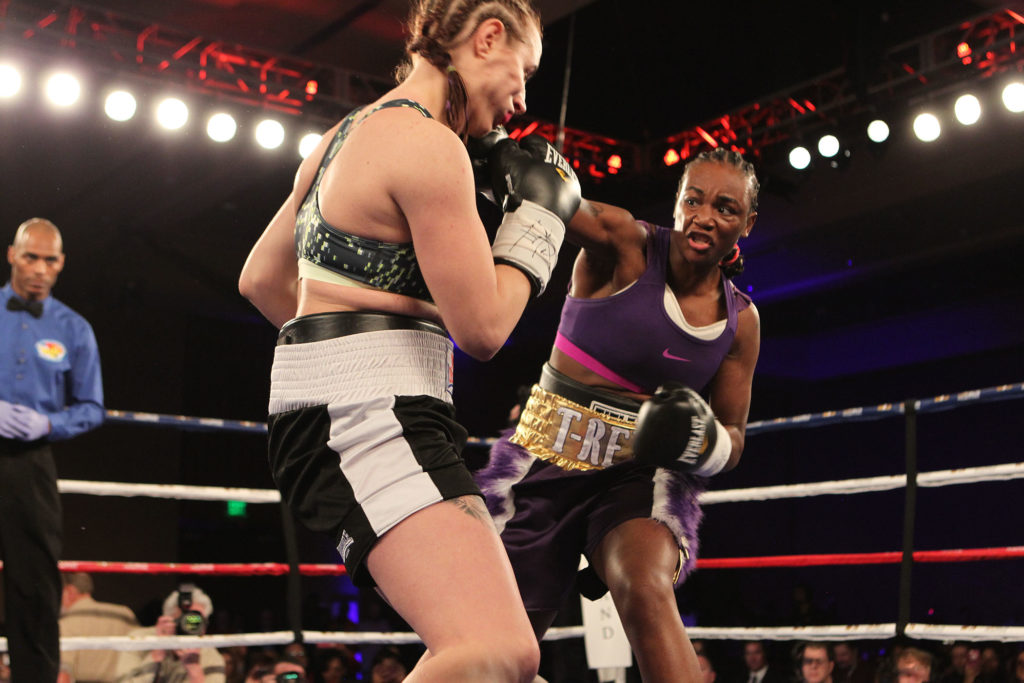 In the ShoBox main event on Saturday night, two-time Olympic Gold Medalist Claressa Shields (2-0, 1 KOs) proved to be too skilled for Hungary’s Szilvia Szabados (15-9, 6 KOs), earning a stoppage win at the MGM Grand in Detroit, Michigan.

Shields consistently drilled Szabados with right hands and connected with nearly 50 percent of her power punches.  Though Szabados took a beating, she never went down, but was clearly outgunned.

In the fourth, Shields connected with a two-punch combo that snapped Szabados head back, prompting referee Harvey Dock to wave it off.

“It was about respect,” Shields said after the fight. “I wanted to go out there and show I had power and I wasn’t scared of her. I knew she was tough coming in. That’s why I started going to the body. I was going to get the clean shot in one round and she was going to go, but the ref stopped it in the fourth. A knockout is a knockout. It was exciting.”

In the co-featured bout, Nikolay Potapov earned a close, 10-round split decision win over Antonio Nieves, with scores of 96-94 (Potapov twice), and 96-94 (Nieves).

The opening contest ended with a brutal knockout, as Joshua Greer Jr. drilled James Gordon-Smith in the sixth round of their bantamweight bout.

It was an entertaining scrap from the first round, as Greer popped right hands and uppercuts on Gordon-Smith, who himself was willing to trade.

Then in the sixth, Greer (12-1-1, 5 KOs) knocked Gordon-Smith out with a straight right that landed on the chin.

“I guess he blinked. That was the problem,” Greer said. “I told everyone when I got here I didn’t have that pillow for no reason. I said don’t blink and I wasn’t playing. I knew I was going to get him. The pillow is just my trademark. It’s nothing personal. You have to stand out somehow. That’s just what I do. Nothing personal to him.