David Lemieux ends the fight with a single shot against Curtis Stevens on HBO Boxing After Dark. 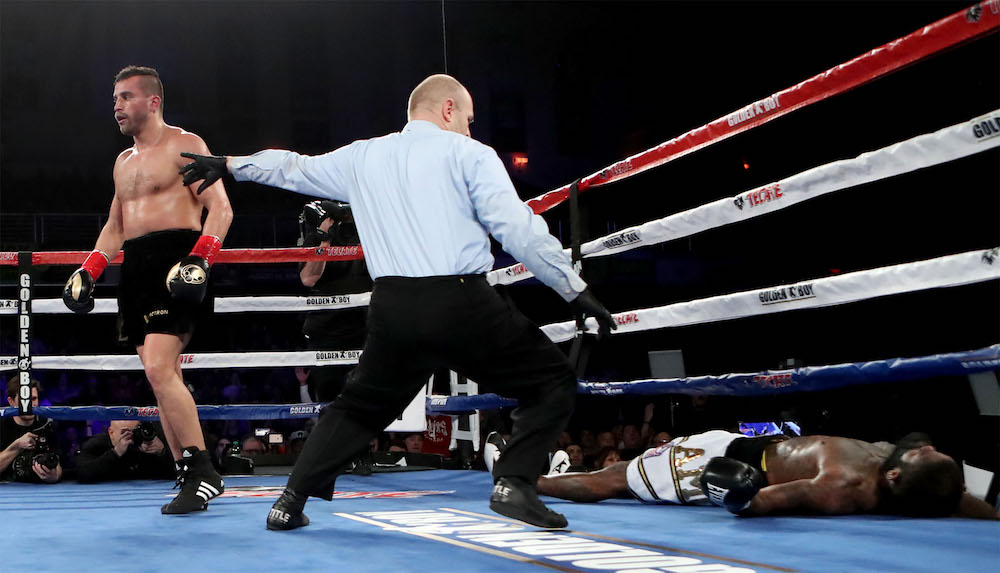 It was sudden and shocking end to a fight that was competitive and entertaining at 1:59 of the third round. Lemieux came out aggressively in the first round, stunning Stevens on two occasions with big hooks upstairs, but Stevens managed to buzz Lemieux momentarily at one point in the round as well.

In the second, Lemieux, who had been quite busy in the prior round, slowed down a bit, showing a little fatigue from the number of power punches he was throwing. It was in this round that Stevens began connecting left hooks to the body while being more conservative with his punches.

Then in the third round, during an exchange, Lemieux landed a thumping left hook right on the button, as Stevens was throwing his own left, that sent him crashing down. Stevens was out cold before he hit the canvas, and the referee wisely called it off immediately.

After a few moments of concern, Stevens finally came to, and was stretchered off for evaluation. 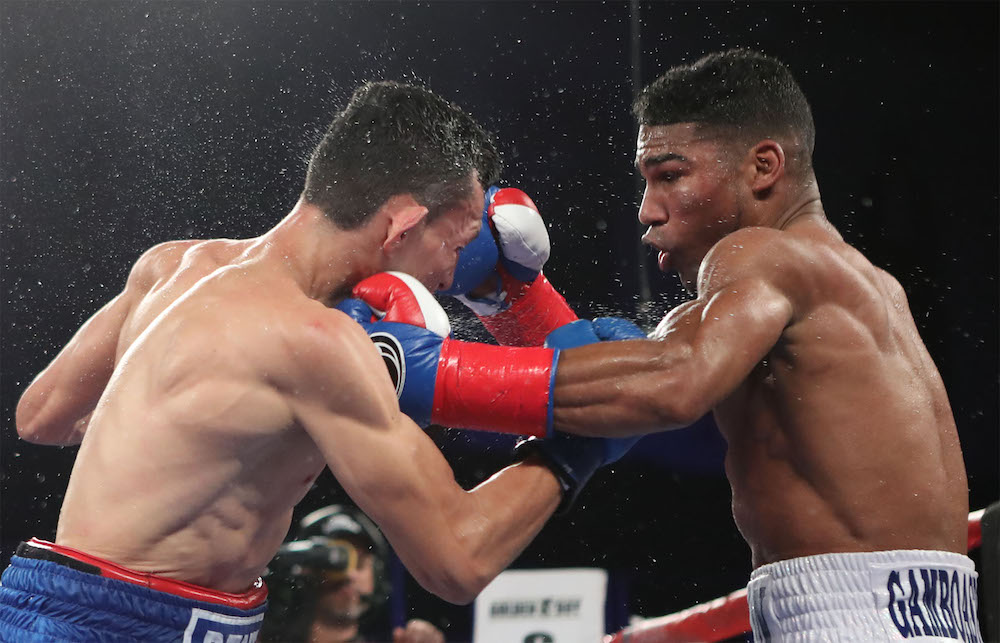 Gamboa outclassed Alvarado and looked relatively sharp, despite being out of the ring for so long, but a lack of  action made for an uneventful fight.

Despite a called knockdown for Alvarado (Gamboa was off balance and was barely touched), Gamboa would get the win with scores of 97-93 and 97-92 (twice).