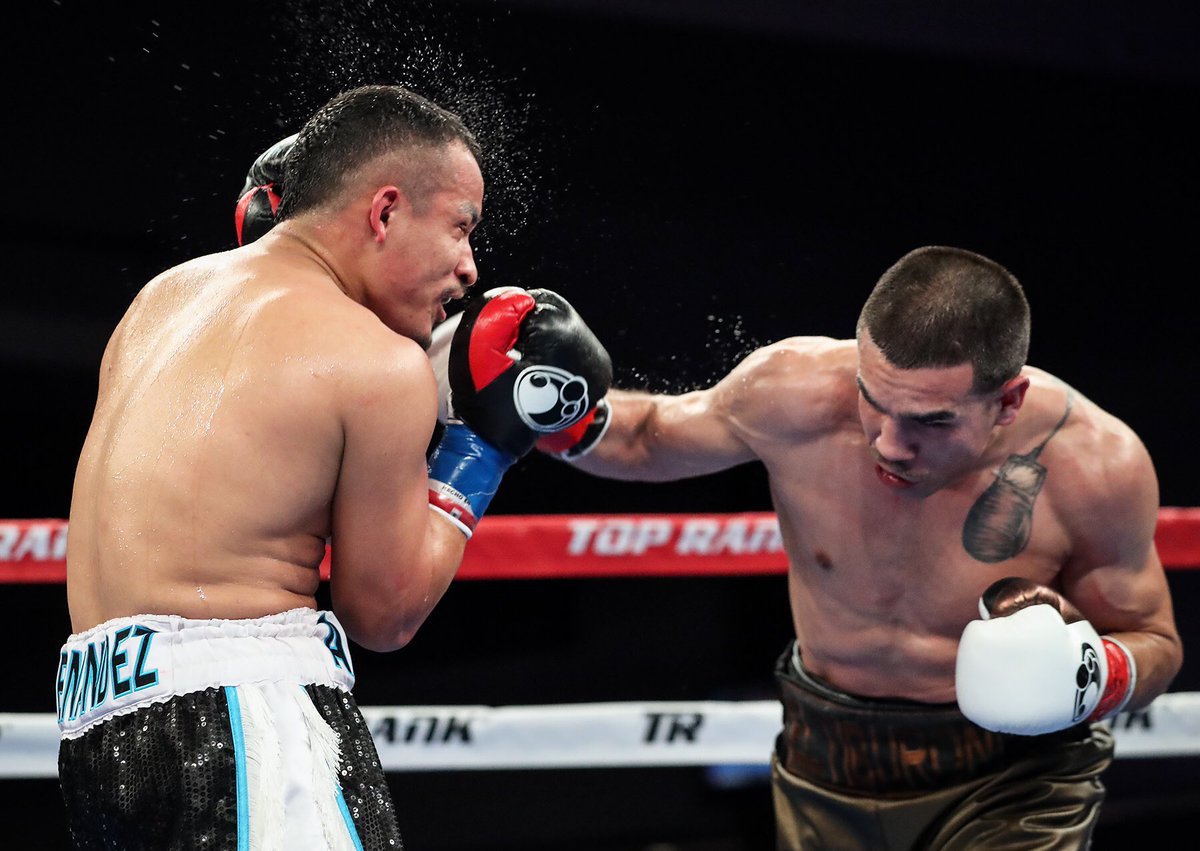 Vences (18-0, 10 KO) opened the fight aggressive, fighting behind his jab and dictating the action.

Rounds two through four saw Vences attack Hernandez with vicious hooks to the body, but the Texas fighter took them well and did not back down.

In the tenth and final round, Vences came out applying serious pressure as he looked for the finish, but as has been the case for his entire career, Hernandez lasted on his feet for the whole fight.

It was the first fight for Vences under the guidance of new head trainer Angel Cordon. Vences said his performances will only get better as the two continue to work together in the future.

“It was good. We added to what I already know,” Vences said. “I got caught up with the power too much trying to knock him out.”

Vences said he was not surprised that his commitment to the body was not enough to stop the tough Hernandez.

“He was tough. He took some tremendous shots. He has a chin just like I told everybody,” Vences said. “At the end of the night, we got the win and I’m happy. We’ll work to improve in the gym.”