Santa Cruz retains his featherweight title with an impressive performance. 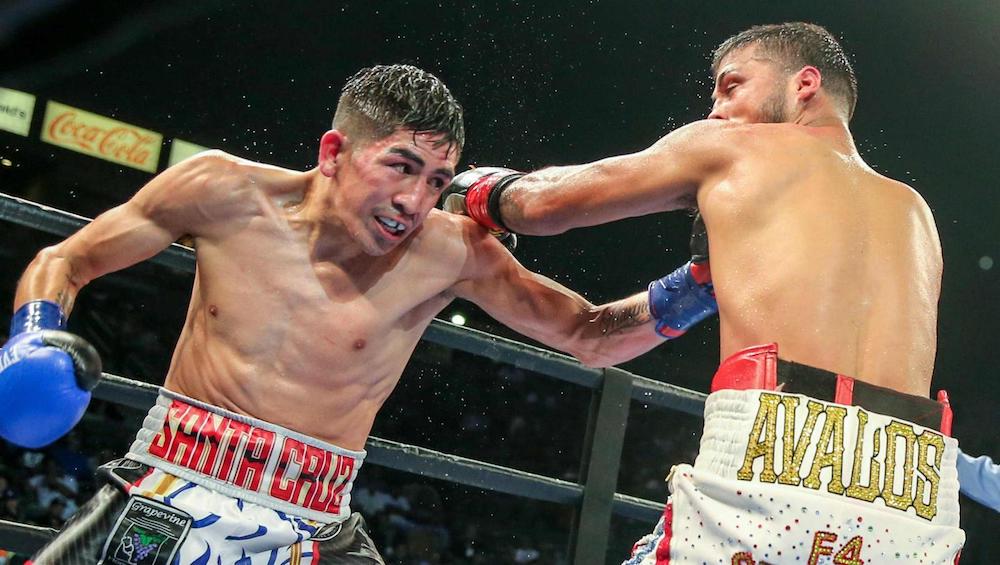 Santa Cruz (34-1-1, 19 KOs) was dominant from the onset, landing consistent combinations to the head of Avalos, who displayed his ever-impressive chin.  Avalos, (27-6, 20 KOs) was game and willing to trade punches, but was never able to hurt or bother Santa Cruz, who continued coming forward, with the ever-present grin on his face.

While Santa Cruz was able to stun Avalos on a few occasions, he was never able to put him down, but the sustained attack and punishment was accumulating on Avalos.

In the seventh round, Santa Cruz stunned Avalos and then in the eight, stepped on the gas and unloaded his full arsenal, landing at an incredibly high rate, prompting referee Thomas Taylor to finally wave it off at 1:34 of the round.

It was an impressive performance by Santa Cruz, who had come off of a two-fight series with Carl Frampton, losing his title and regaining it in the rematch.  He now sets his eyes on a potential rematch with Abner Mares, who himself was victorious earlier in the night.