Mares gets a win to setup a likely rematch with Leo Santa Cruz. 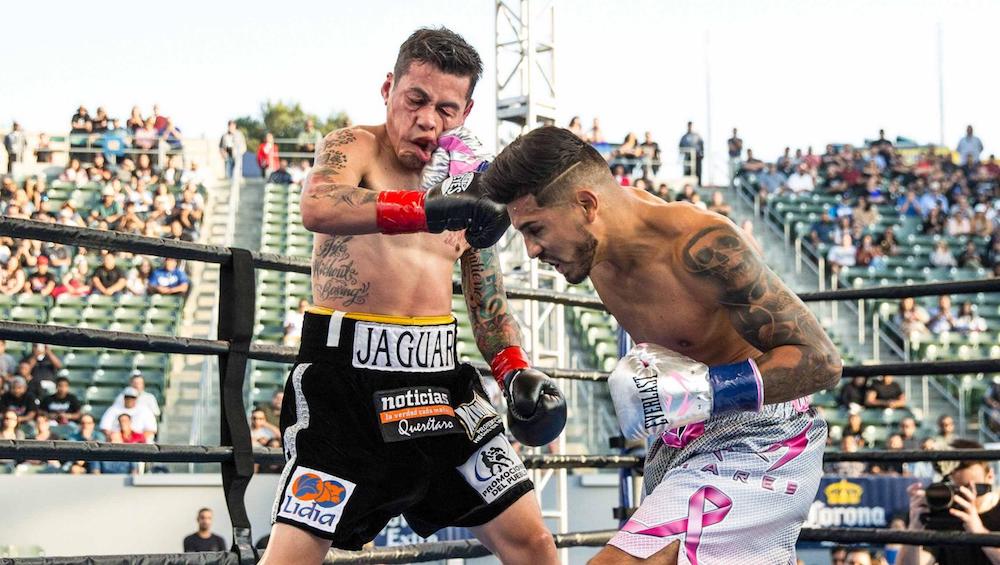 Fighting for the first time since December 2016 and only one fight removed from his decision loss to Leo Santa Cruz,  Abner Mares returned to the StubHub Center in Carson, California to score a technical decision win over Andre Gutierrez.

Mares (31-2-1, 15 KOs) was in fine form, throwing combinations and using more head movement than we’ve seen before. While Gutierrez took the punches well, he appeared to be clearly overmatched by a focused Mares, who opened up a cut over his opponent’s left eye in the second round.

Mares, who likes to take his time and box, was a lot busier than usual, mixing up his punches to the head and body, while landing at a high rate.  Abner’s right hand in particular, landed at will, worsening the cut over Gutierrez’ eye.  It didn’t do Gutierrez any favors that a number of unintentional fouls to the left eye, caused the cut to open up wider, causing a consistent flow of blood to trickle throughout the fight.

In the ninth round, the blood was particularly plentiful, as Mares kept throwing his jab and right hands, dominating the round.  Before the start of the tenth, the fight was mercifully stopped, though rather than a technical knockout, the fight would go to the scorecards as it was determined that the cut was worsened by fouls.  Mares would get the nod with scores of 100-90, 99-91, and 99-91.