Plus, Andre Dirrell wins by DQ against Jose Uzcategui. 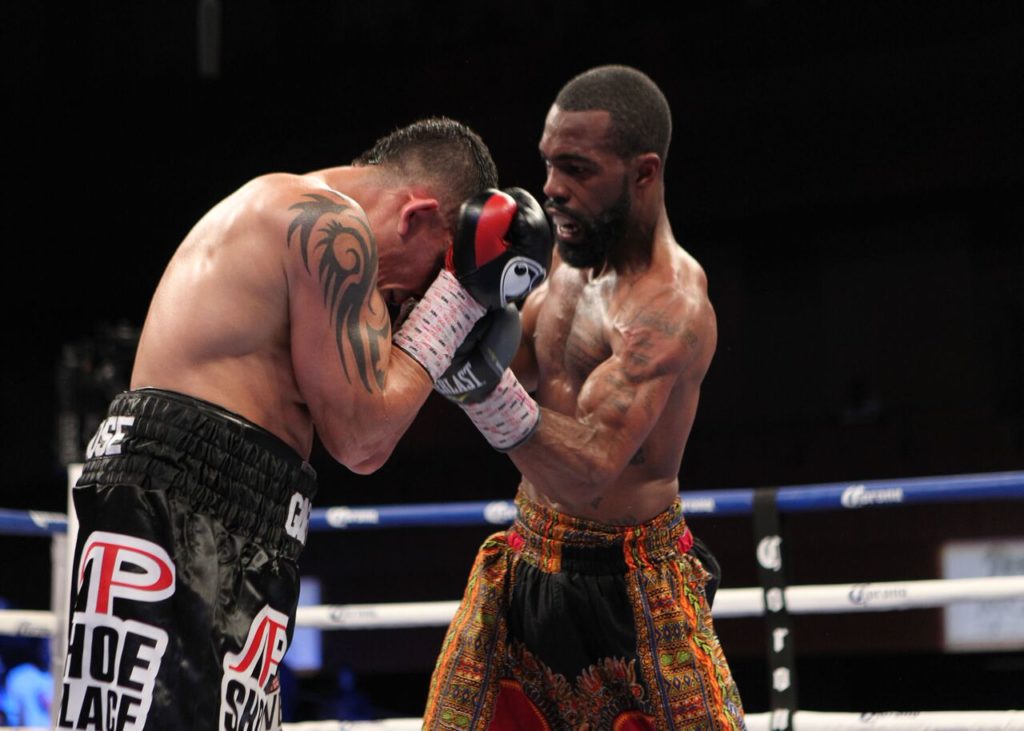 Russell was sharp with his punches and never let up against the slower Escandon, who tried his best to turn the fight into a brawl.  In the third round, Russell stunned and dropped Escandon, who could not seem to get away from the straight left hands.

Perhaps sensing the brink of defeat, Escandon went all in during the sixth and seventh rounds, letting his hands go, defense be damned.  Russell however, stayed the course and hurt Escandon again in the seventh, putting him down for the second time in the fight, and prompting referee Harvey Dock to waive it off.

“I fought a tough competitor. I knew Escandon wanted to come and bring his best. I knew he was going to come forward. I was ready for him. We are warriors,” said Russell after the fight.

“I’d love to unify against all the other guys in the featherweight division. I’d like Leo Santa Cruz, Lee Selby, Oscar Valdez.” 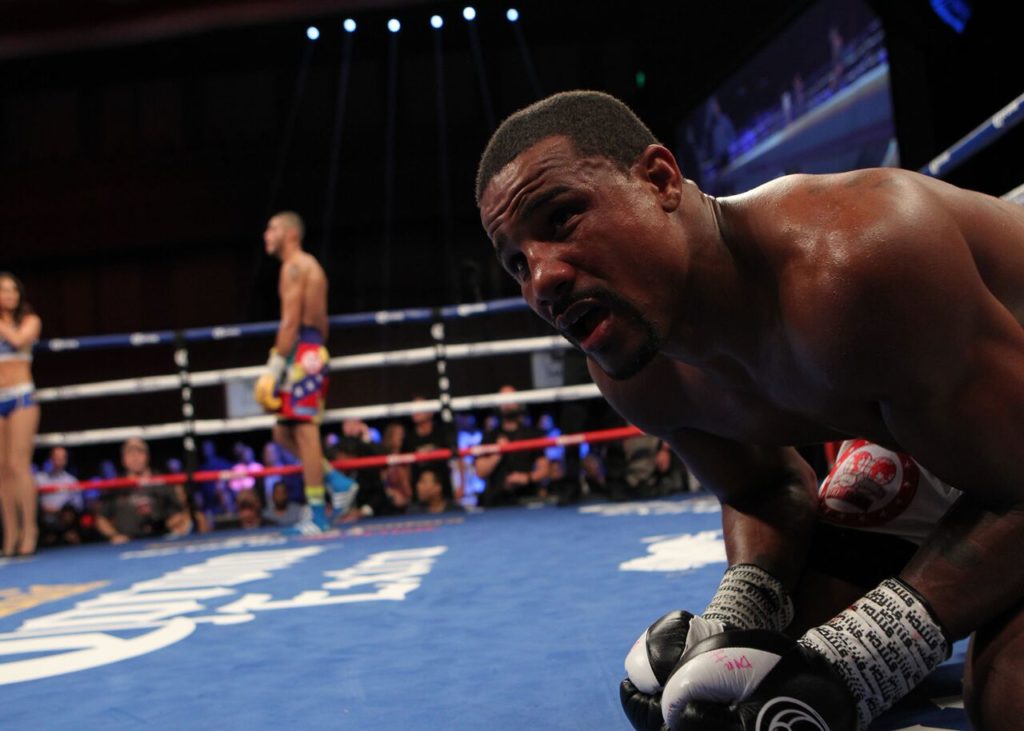 In the co-featured bout, Andre Dirrell (26-2, 16 KOs) was awarded a win over Jose Uzcategui (26-2, 22 KOs) after Uzcategui floored Dirrell with a three-punch combination after the bell in the eighth round and was disqualified.

The fight was competitive throughout, with Uzcategui stunning Dirrell early on, but Dirrell regained his composure and began outboxing his opponent in the middle rounds.  However, referee Bill Clancy made the decision to disqualify Uzcategui after the ringside doctor determined that Dirrell was unable to continue.