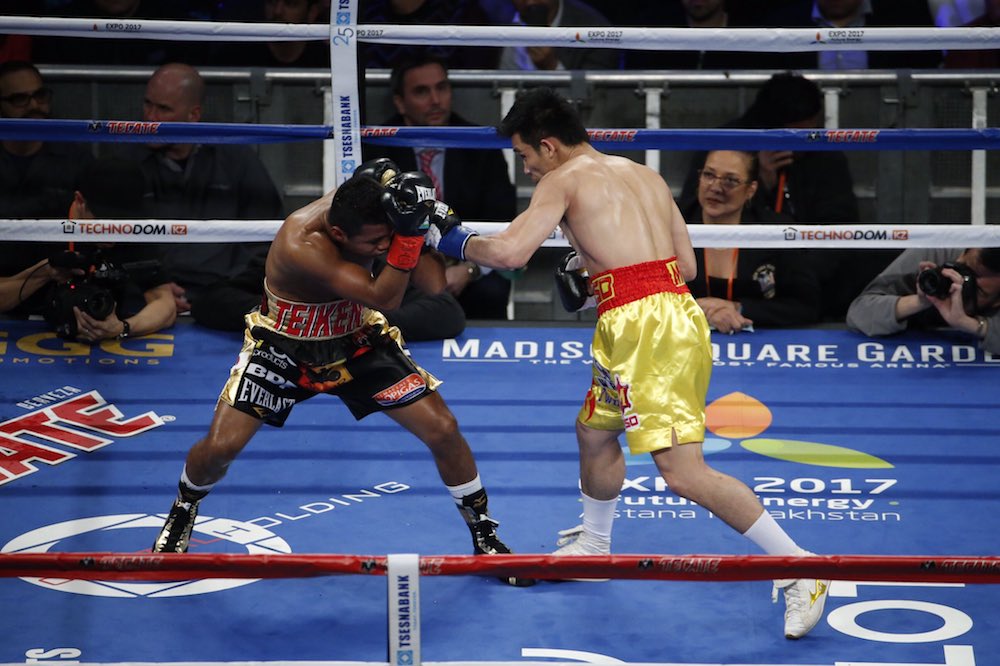 Rungvisai demonstrated his willingness to trade with Chocolatito early on and in the first round, connected with a body shot that floored an off-balance Gonzalez.

In the third round, Gonzalez suffered a bad cut over his right eye by an unintentional headbutt, while a second headbutt in the sixth made things worse, and resulted in a point deduction for Rungvisai.

The two continued going back and forth with Gonzalez working to the body and landing his right hands, while Rungvisai kept attacking the cut, making Gonzalez a bloody mess.  In the end, the judges had it 113-113, 114-112 and 114-112 in favor of Rungvisai.  3MoreRounds scored it 114-112 for Gonzalez.