GGG gets a handful with Daniel Jacobs at Madison Square Garden. 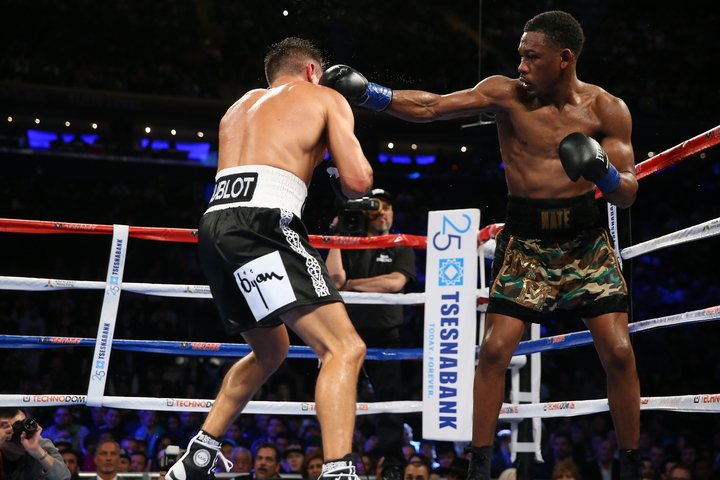 Unified middleweight champ Gennady Golovkin (37-0, 33 KOs) had all he could handle on Saturday night, as he narrowly decisioned Daniel Jacobs (32-2, 29 KOs) via unanimous decision at Madison Square Garden in New York City.

Golovkin, who came into the fight needing a win to setup a potential fall clash with Canelo Alvarez, stalked Jacobs, despite having some trouble catching the fleet-footed “Miracle Man.”  In the fourth round however, Golovkin landed two straight right hands that sent Jacobs down.  Jacobs would shake off the knockdown and slowly work his way back into the fight.

Round after round, Jacobs’ confidence would grow, switching back and forth between southpaw and orthodox to give Golovkin a variety of angles while fighting from the outside. Golovkin would continue pressuring Jacobs and landing right hands and body shots when they got close, but Jacobs managed to outbox Golovkin late in the fight.