RIngside report from Ontario, California, including the 18-year celebration of Thompson Boxing Promotions. 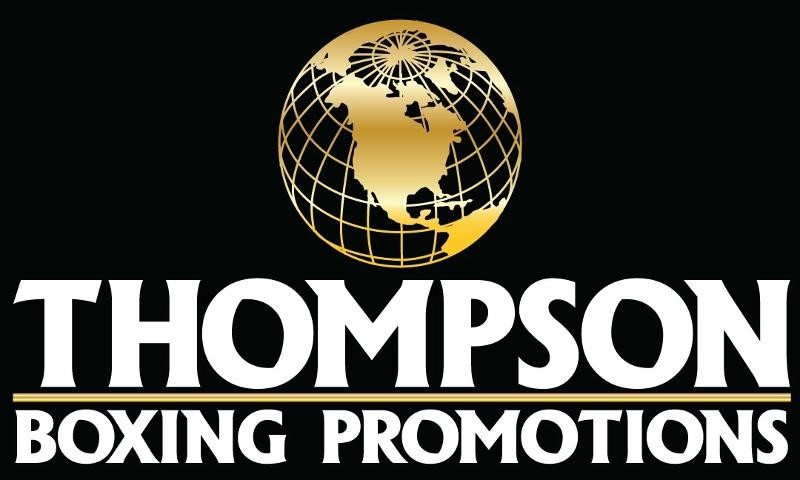 Thompson Boxing Promotions provided bigtime knockdowns and knockouts to celebrate their 18th year in the boxing as a five-fight card took place in their usual spot at the Doubletree Hotel in Ontario, California.

Announcer duties were handled by Hall of Fame announcer Jimmy Lennon, Jr., who belched out his worldwide-known catchphrase of “It’s Showtime!” prior to the main fight.  Michael Montero and Beto Duran called the fight action live on TBP’s livestream.

In the night’s main event, welterweight Robert Arriaza successfully defended his WBO Intercontinental Title against Venezuela’s Juan Ruiz via unanimous decision win after their 10 round match.

The first frame was a feel-out round, as Arriaza and Ruiz tested the waters with jabs and pot shots with the action picking up as both fighters came out swinging for round two. Arriaza kept a solid jab in Ruiz’s face and was the more offensive fighter as the bout continued. Ruiz landed a great one-two combination in the middle of round three, followed by a nice uppercut to Arriaza’s head.

Ruiz quietly built some momentum heading into round four. Ruiz suddenly became a player in the fight as he patiently picked his spots to throw. Arriaza came out busier for round six, which paid off a bit with a nice flush right hand to Ruiz’s face. Arriaza began to back up Ruiz, yet Ruiz played coy while looking for an opening. Arriaza’s eye began to swell, noticeable in the seventh. Ruiz was hurt from a flurry with a minute to go in round seven, yet survived the round. The next few rounds saw Arriaza busier yet not overly effective. Arriaza was hungry for a stoppage late in the last frame yet had to settle for a decision win at the scores of 99-91, 98-92 and 97-93.

Arriaza was a harsh critic of himself following the fight.  “I felt like I couldn’t get into the fight, my mind was saying one thing but my body wasn’t allowing me to. I felt a little slow and a little off my game, but I got the win and at the end of the day I thank God for allowing me to get the victory.”

Erick ‘All American Boy’ Ituarte, the Junior WBC-NABF Featherweight titlist, threw lightning combinations to the body to begin his fight against Carlos Carlson in the night’s semi-main event. Carlson settled in and tried not to give ground, yet ended up eating more body shots as Ituarte moved around the ring and settled for one shot at a time. The body punishment continued in round two, and a great head shot exchange occurred at the mid-point.

The trading was more often in the third, with Ituarte showing signs of fatigue as Carlson looked to pour it on. Ituarte landed some slick shots while backing up in the fourth as Carlson went into stalk mode. Ituarte landed a money shot, a right hand down the pipe that Carlson ate well. The momentum continued to swing back and forth in what became a competitive bout to end round four. The ringside doctor looked at Itaurte’s right eye before beginning round five, then the action continued with Carlson backing up Ituarte with a combination. It was very much an even-keeled fight heading into round six. It was much of the same in frame seven as neither fighter dominated, yet each landed and answered back when hit. The battle of wills continued into the eighth and final frame, in which both fighters let the punches fly.

After letting their hands go a bit, each fighter sought to find the answer as both had landed power punches with neither really fazed. Some middle of the ring trading provided more fireworks and the two warriors threw their best as the bell ended the bout. Jimmy Lennon Jr. asked the crowd to applaud both fighters before the result was announced. Scorecards had it 78-74 and 77-75 twice in Ituarte’s favor.

Lightweight Michael Dutchover looked solid in his fight against Mike Fowler. Dutchover threw body bombs that had Fowler circling around the ring in round one. After an onslaught of punches, a body blow felled Fowler, who took a knee, then got back up and found himself in trouble again. Fowler made it to the third, then midway through the round Fowler went to the canvas via knee for the second time, got up again after the knee, yet referee Eddie Hernandez had seen enough and waived off the fight at 1:19.

‘El Gallito’, AKA Mario Hernandez, (6-0, 3KO) went to the body early and often against opponent Neri Garcia. Hernandez, from Santa Ana, California, would throw combinations to the body, then when he got Garcia thinking body shots, boom! Here comes straight right hand to the dome. The body work paid off in spades as Garcia was nearly stopped at the end of round two. The offense was all Hernandez in the third so referee Raul Caiz Jr. stepped in and stopped the bout at 2:26 of round three.

South Central, Los Angeles prospect Ruben Torres notched his fourth knockout in as many bouts when he took on Sergio Gonzalez to the nights’ opening bout.

A few right hands opened up Gonzalez, and Torres kept the pressure up, scoring a knockdown to end the first frame. Torres stepped off the gas a bit yet stuck out a solid jab; Torres rocked Gonzalez again near the end of frame two. In the third Gonzalez decided to stand his ground and willingly traded with Torres. Torres capitalized and got Gonzalez in trouble in the corner, and solid shots to the head dropped Gonzalez for the second time in the fight. Referee Rudy Barragn immediately waived off the bout as Gonzalez hit the canvas. 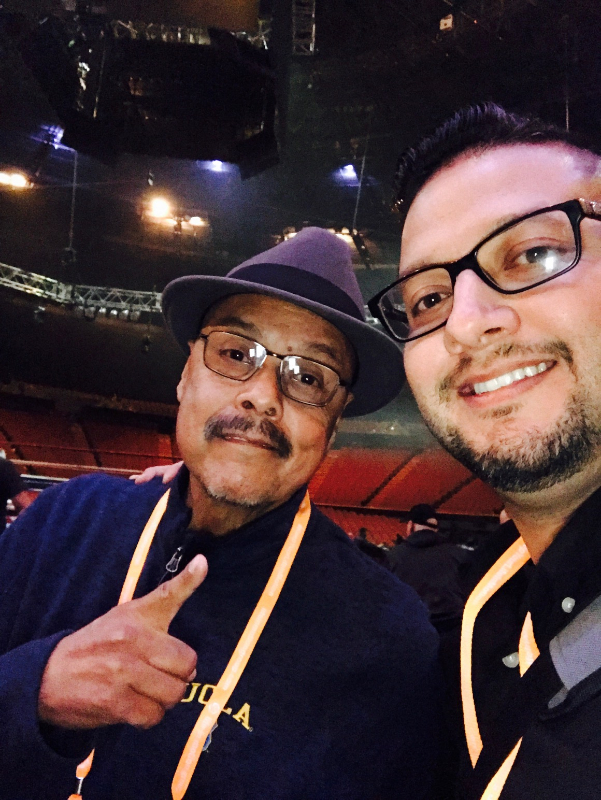 A special ceremony was held in another ballroom at the Doubletree Hotel as the company provided food and drinks to those invited to the Lake Gregory Room.  Fight footage from the early days was shown and both Kenneth Thompson and Alex Camponovo of TBP were acknowledged.

Among the media present was David Avila of thesweetscience.com.  Avila has covered professional boxing since the 1990’s and has the claim to fame of being present at Thompson Boxing Promotions first-ever fight card in the year 2000.

“I’ve been to about 90% of Thompson Boxing Promotions fight cards,” said Avila, who had a brief stint in amateur boxing and later played baseball at UCLA before centering on a journalistic career and circling back to the sweet science.   Avila was in the Los Angeles Times sports room for several years, followed by the Press Enterprise and La Prensa, and now serves as West Coast Bureau Chief for TSS.

In February 2007 this writer decided to point his journalistic endeavors towards professional boxing as I attended my first fight card at the San Manuel Indian Bingo Casino in San Bernardino, California after seeing an advertisement on a billboard.

Sitting down I had a pen and paper in hand (later on my darling wife would purchase my first laptop for me, thank you my darling love) and did not know what to write or how to write it.  Once the punches began flying, it only got worse as I found myself not doing much of anything other than watching two people hit each other, which yes, was very exciting, yet I had a story to write.

The fedora-wearing gentleman sitting next to me on press row kindly opened up some conversation.  “Hi I’m David, what’s your name?”

In a matter of minutes this stranger made me feel more comfortable with my surroundings and as we chatted about the fights I found the words to write my piece.

Ever since then, it has been an honor to cover not only Thompson Boxing Promotions fights, but fights all up and down Southern California and Las Vegas while around David Avila, who is our veteran go-to boxing scribe in the California region.

Thanks for the kindness and wisdom, Mr. Avila!

Big Fighters, Big Cause event set for May 23
IBF convention begins May 28