Peterson: I’m really at the perfect place in my career 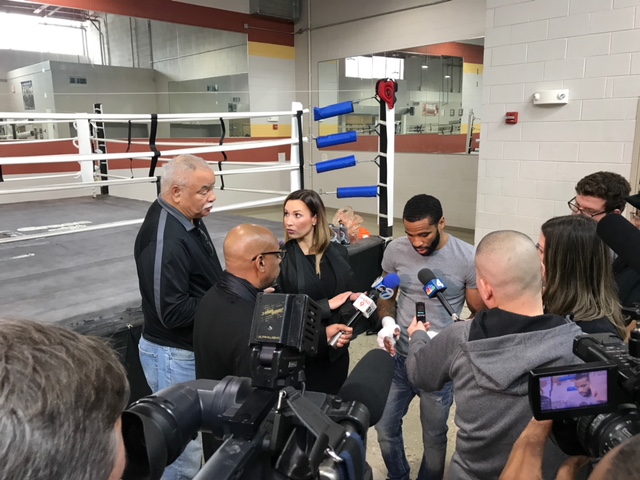 “I feel great. I’m already close to weight. I’m happy and eating up to five times a day. I feel strong and I’m ready for this fight.

“I have to look at this as really just another big fight. When you’re at the top, you try not to make too much of each fight. We know what’s at stake. I know that when I keep it simple, that’s when I perform best,” said Peterson (35-3-1, 17 KOs), who has won two fights in a row, following a close, majority decision loss to Danny Garcia in 2015.

“Right now my body feels better than ever. I’m comfortable with everything that’s gone on in camp and I think you can see it in my body.

“Everything I do is for D.C. I’m trying to get as much recognition for this area the best way I can. That’s what we all strive for in this gym. This is the biggest one that’s been on the schedule for a while and I’m ready to bring it home,” added Peterson.

“It gets easier and easier the more championship fights I’m in. I was in shape for all of them, but I definitely put more pressure on myself when I was young. I’ve improved each time and now I feel like I’m really at the perfect place in my career.”

Peterson’s title bid against Spence Jr. takes place at the Barclays Center in Brooklyn and will be televised by Showtime beginning at 9 p.m. ET / 6 p.m. PT.  Tickets, which begin at $50 are also on sale via Ticketmaster and through the Barclays Center box office.