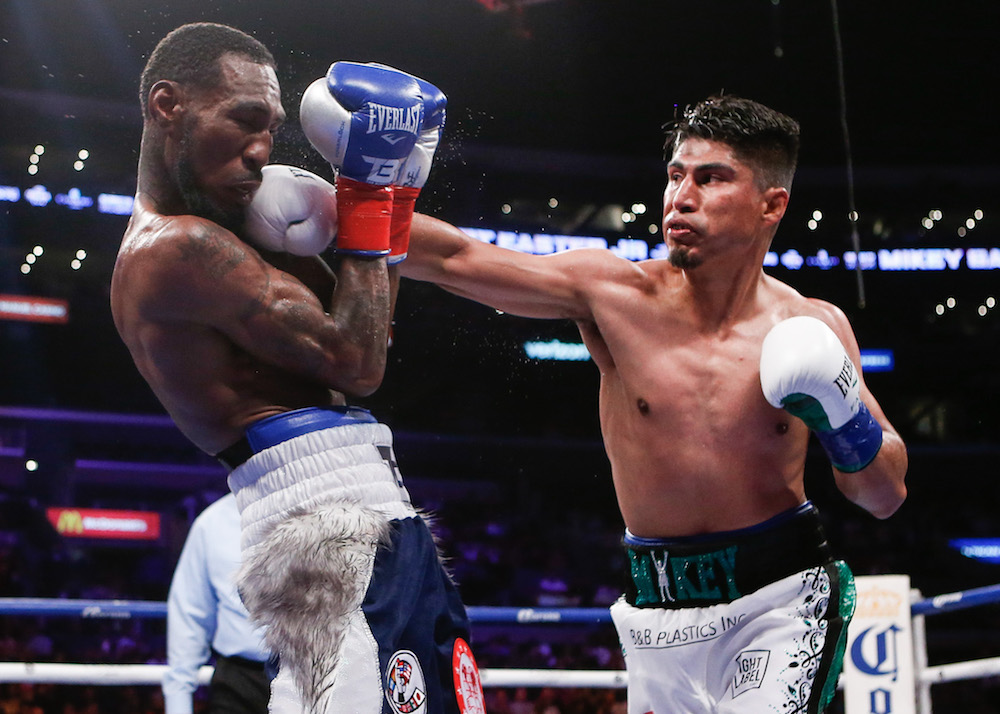 Southern California lightweight Mikey Garcia punched his way to ‘unified’ status in his dominant twelve round decision win over Robert Easter Jr. in a Showtime-televised broadcast from the Staples Center in Los Angeles, California.

Garcia, (39-0, 30KO) displayed deft dominance throughout the mostly entertaining, albeit one-sided title fight for the IBF and WBC straps.

“It’s a great accomplishment,” said Garcia, a Moreno Valley, California native who fought in California for the first time since 2011.

According to CompuBox stats, Garcia out-landed Easter 176 to 129 and registered the fights only knockdown in round three.

Judges scores were unanimous at 118-109, 117-110 and 116-111 in what was a mostly one-sided clinic in which the taller and rangier Easter failed to fight successfully within his physical points of advantage.

“I like to stay patient early on. He had a good game plan to use that reach. Once I started getting into a rhythm, we took control.  I just had to wait my time.  He has some good hand speed so I just had to be patient and careful.

“Now we’re back. I told you guys I was coming for bigger things and now we’re one step closer to achieving that,” said Garcia, who is alluding to a possible showdown against IBF welterweight champion Errol Spence, who was in attendance ringside.