Floyd Mayweather scores a 10th round stoppage over Conor McGregor in Las Vegas to end his career at 50-0. 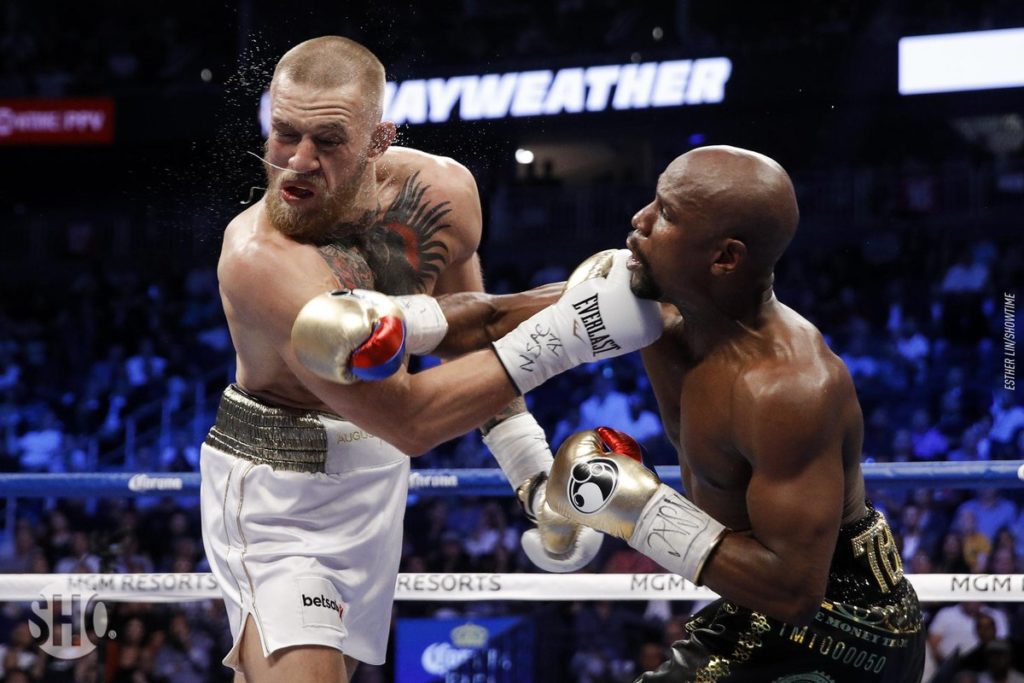 As many expected, McGregor came out aggressively in the early rounds, jabbing and throwing his rangy left hand as Mayweather took some time to figure him out.  After what appeared to be a three-round sweep going into the fourth round, Mayweather finally began to counter punch as he followed McGregor around the ring.

To McGregor’s credit, his awkward movement and willingness to counter as well, made himself a bit of a tough target for Mayweather during the middle rounds.  However, Mayweather really began to pick up the pace in the seventh and eighth rounds, with McGregor tiring and losing steam on his punches, Floyd’s check hooks and right hands landed with higher frequency.  Still, it’s fair to say that Mayweather didn’t look quite as quick, nor as sharp as fans are accustomed to seeing him, but was still superior enough to begin breaking McGregor down. 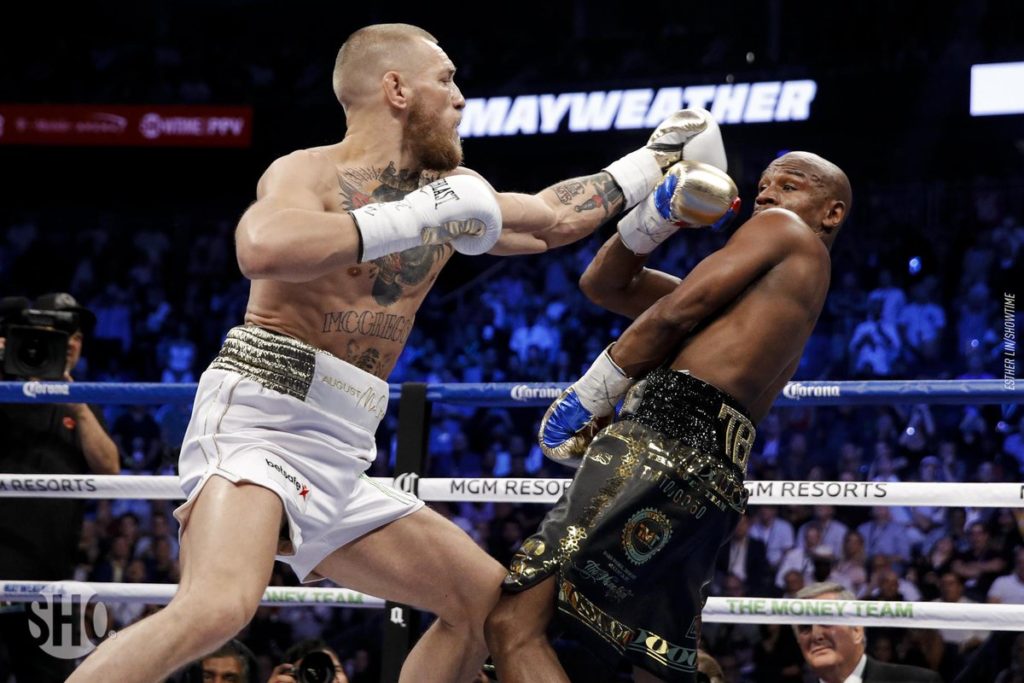 In the ninth, Mayweather hurt McGregor late in the round but was unable to put him down or away.  Then in the 10th, Mayweather let his hands go and a hurt and exhausted McGregor was unable to defend himself, attempting to clinch but ultimately falling back to the ropes where Mayweather picked him apart.  Moments later, referee Robert Byrd waved it off, giving Mayweather his 50th career win, surpassing the legendary Rocky Marciano’s ledger of 49-0.

After the fight, Mayweather declared that this was his last fight.

“I think we gave the fans what they wanted to see. I owed them for the Pacquiao fight,” said Mayweather. I had to come straight ahead and give the fans a show.”

“Tonight was my last fight. Tonight I chose the right dance partner to dance with. Conor you are a hell of a champion,” said Mayweather.