Miguel Cotto picks up the WBO junior middleweight title and plans to fight one more time. 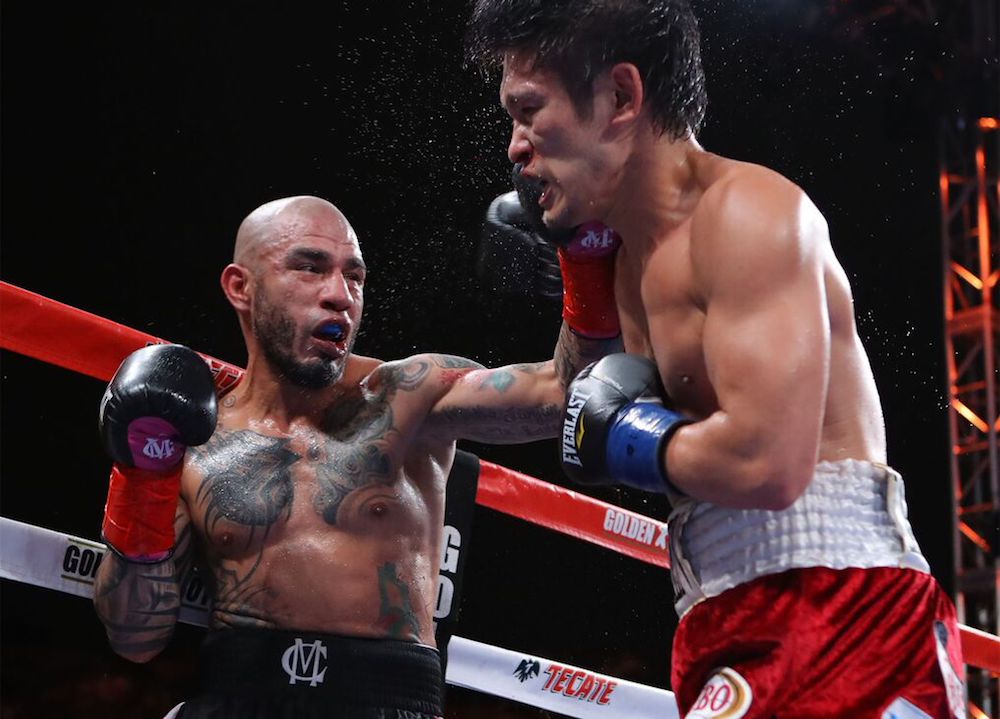 Miguel Cotto shook off a near two year layoff with an impressive twelve-round performance over a game, yet limited Yoshihiro Kamegai at the Stub Hub Center in Carson, California.

Cotto, (41-5, 33 KOs) put in a workmanlike effort in front of an announced sold out crowd of 7,689 as Kamegai was both out-worked and out-gunned by the 36-year old who looked more like a smooth moving 26-year old fist thrower.

Backed by Hall of Fame trainer Freddie Roach, Cotto turned back the clock and beat Kamegai to the punch whenever Kamegai chose to trade after failing to land consistently.  Scores were 120-108, 119-109, and 118-110.

“I tried to do my best, and I think I did that tonight,” said Miguel Cotto, who picked up the WBO junior middleweight title.

“I am happy with my performance. Kamegai is a tough fighter and opponent. It was during round five or six that I knew he was going to make it to the 12 rounds. Come December 31, I will retire. I’ve done it all. I’m 36 going on 37, and I think I’ve come to the end of my career. I will fight once more in December. I’ll let Freddie [Roach] tell you who I want.”

“We want the winner of Canelo-GGG,” said Roach.

With the win, Cotto won a sixth world title (WBO) in a career already set for the Hall of Fame via first ballot.

In the co-main event Rey Vargas scored a unanimous decision over Ronny Rios in defense of his WBC super-bantamweight title.

Vargas, (30-0, 22 KOs) fought behind a consistent jab and went to the body early and often as Rios was unable to get inside the longer, lankier champion fighter.  Vargas is trained by famed trainer Nacho Beristain.