Mayweather calls out Pacquiao during a music festival in Tokyo. 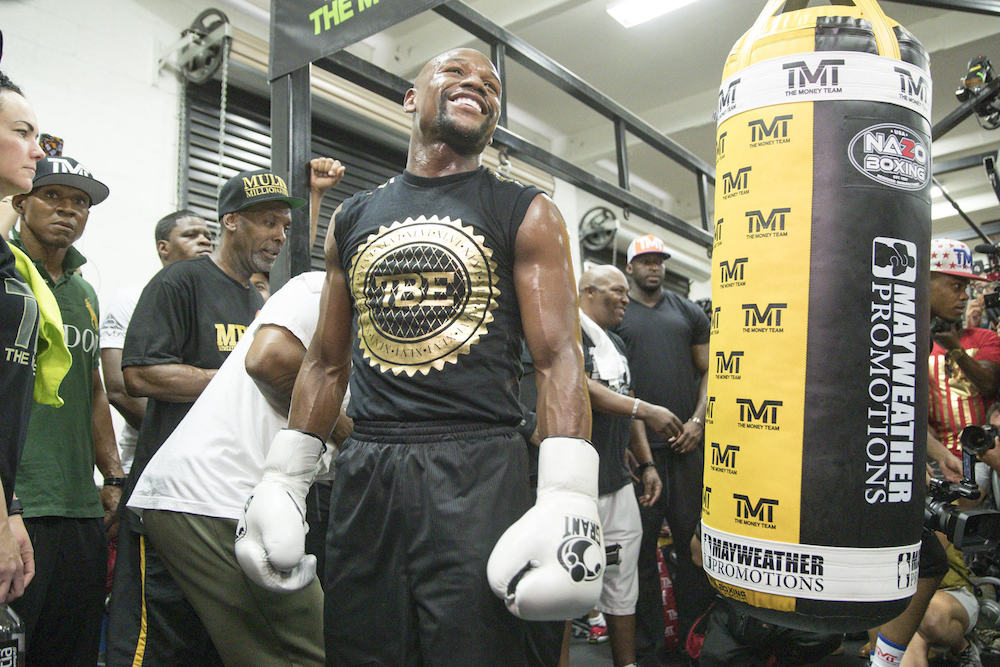 Floyd Mayweather announced his intention to return to the ring in December to face Manny Pacquiao in a rematch of their highly-anticipated, but ultimately disappointing 2015 showdown.

During a music festival in Tokyo last night, Mayweather posted a video on Instagram talking with Pacquiao and proclaiming, “I’m coming back in December!”

Mayweather (50-0, 27 KOs) is then heard telling Pacquiao that he’s “going to take the belt from you like I did last time.”

“I don’t want you talking about your shoulder hurting,” Mayweather then tells Pacquiao.

Whether or not the fight comes off is anyone’s guess as no other details were provided and negotiations between the two took an obscene amount of time last time.

Pacquiao defeated Lucas Matthysse in his last fight in July, winning the WBC welterweight title, while Mayweather retired following his win over Conor McGregor in August 2017.