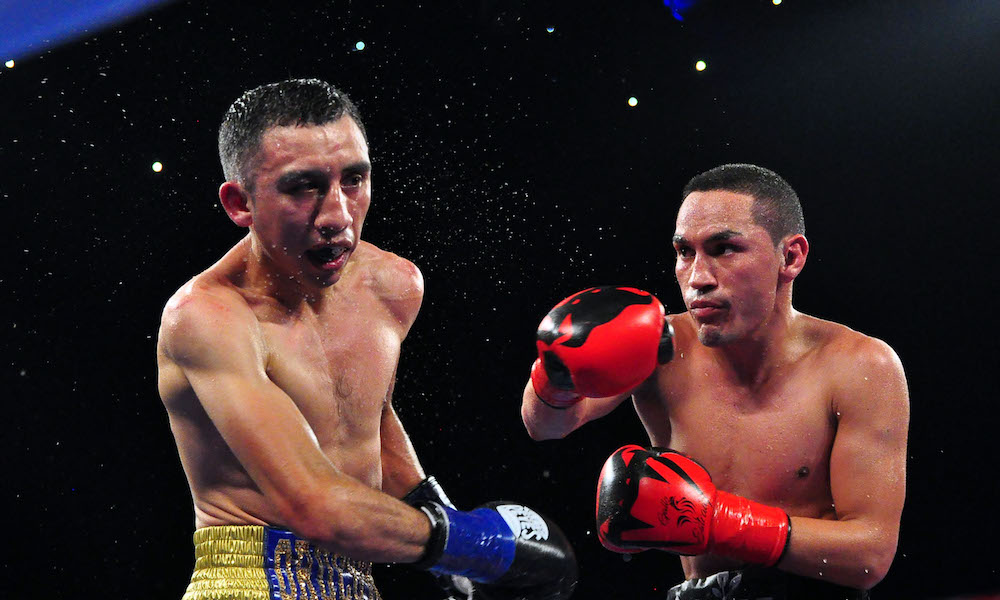 Francisco Estrada outpointed Felipe Orucuta in the main event of the third installment of the SuperFly series at The Forum in Inglewood, California.

Estrada, (37-3, 25KO) a former flyweight titleholder, started slow yet was able to gain some ground midway in a fight that had small pockets of action, trading in front of more than 4,000 fans in the HBO televised event.

“I was really happy with my performance. I really liked how Orocuta came to fight. I did my job and that was to give fans a great fight. I really want the rematch with Rungvisai. That’s why I fought tonight. I’m ready for the rematch that’s the fight I want. If not with him maybe against one of the champions Ancanjas, Nietes, or any of the champions.”

Scores had it 117-111 twice and 118-110 for Estrada, who is now the WBC mandatory for a rematch against WBC titlist Sor Srisaket Sor Rungvisai.  Hernandez and Rungvisai fought an entertaining twelve rounds in February this year which Rungvisai won on points.

“We would like to do the rematch with Estrada and Rungvisai. That depends how Chocolatito does. He is the pioneer. You got Ioka that looked great tonight. He fought a very impressive fight tonight. I was extremely impressed. The good thing about the super flyweight division, you can match anyone up and it makes for good fights!”

In the co-main, Donnie Nietes, (41-1, 23KO) attempted for a fourth world title against Aston Palicte and had to deal with a split draw in a fight that was devoid of much action.

With the WBO super flyweight title on the line, Nietes gave up considerable height and reach advantages to Palicte, yet seemed to land more offense throughout the affair than did Palicte.

Judge Daniel Sandoval had the bout 118-110 for Nietes, to which HBO commentator Max Kellerman agreed.  Judge Robert Hoyle had it for Palicte at 116-112, and judge Max DeLuca had it even at 114-114.

Kazuto Ioka (23-1, 13KO) gave a dominant performance in the night’s television opener with a win over McWilliams Arroyo with a unanimous decision win for the WBC Silver Super Flyweight title.  Ioka had retired last year, yet was inspired back into the ring after attending the Super Fly 2 card.