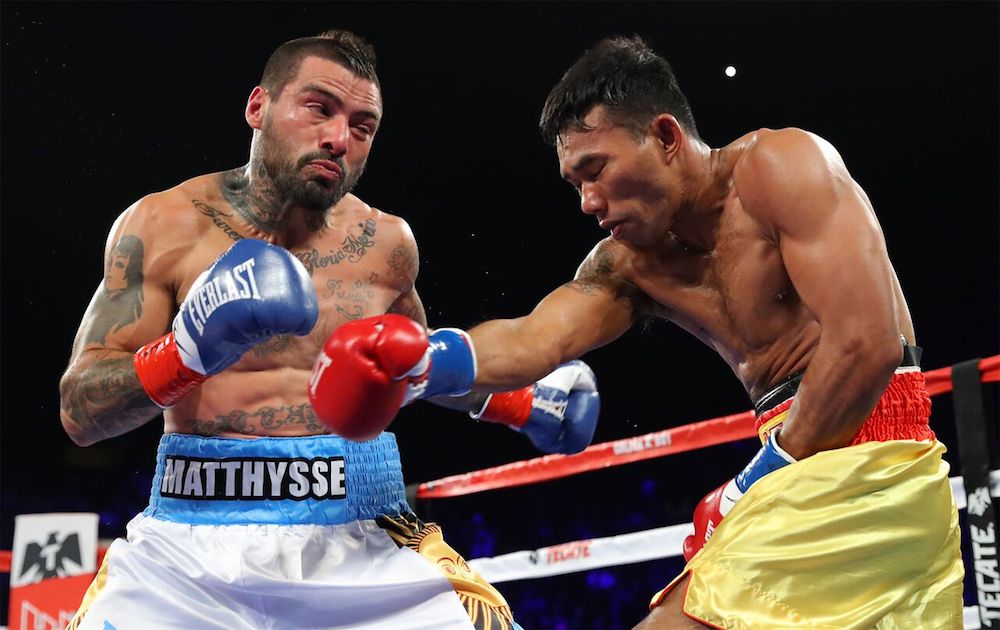 It took a few rounds to find his groove, but Lucas Matthysse got back to knockout form in knocking out Tewa Kiram in eight rounds at the Fabulous Forum in Inglewood, California.

The HBO main event was for the vacant WBA welterweight title and after a slow start, Matthysse (39-4, 36 KOs) found a home for his right hand, which led to two knockdowns in the eighth round and an eventual referee stoppage at 1:21.

Kiram was a game opponent, using his height and reach to befuddle Kiram before Matthysse was able to land effectively.  “I’m really happy. He moved really well, and he was really big. That’s why it was hard to cut the distance. I didn’t feel his power, so that’s why I was able to find him later and stop him.”

The early rounds were booed by the Forum crowd as Kiram was using his physical advantages, forcing Matthysse to find an answer, which came via knockout, the Argentine’s second KO win following a 2015 loss to Viktor Postol.

Now a newly crowned champion, Matthysse is looking for a big name later in 2018.  “I’m here for the best and biggest names. I want the rematch with Danny Garcia or Manny Pacquiao. Those are the big fights I want, though of course that will be up to Mario Arano and Golden Boy Promotions.”