Lomachenko scores a 10th round TKO over Linares

In a hard-fought contest, Vasyl Lomachenko gets off the canvas to score a stoppage over Jorge Linares. 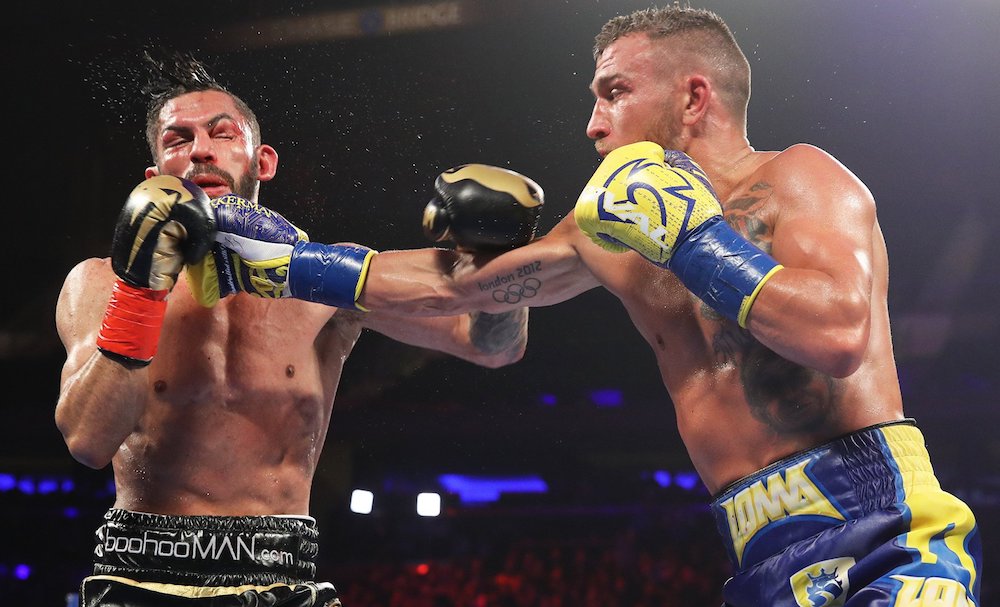 Lomachenko, who is number one on many publications’ pound for pound lists, looked very sharp from the start, but Linares matched up well, particularly with his hand speed that resulted in plenty of fireworks.

After a feel-out opening round, Lomachenko used his superior footwork to move in and out, while pivoting and firing off combinations. The fifth round, in particular, was a dominating one by Lomachenko.

However, in the sixth round, a close round turned into a big one for Linares, who landed a perfect right hand up the middle that floored Lomachenko. Lomachenko got up but retreated for the remainder of the round.

A more confident Linares began to land power punches at a higher frequency but a cut over his left eye in the 8th round fired up Lomachenko.

The TKO that made Lomachenko the new WBA lightweight world champion. 💥🥊 #LinaresLoma pic.twitter.com/xXSt22Ni4g

The ninth round was another good one for Linares, who landed a series of combinations, but in the 10th, Lomachenko connected with a picture-perfect left hand to the body that Linares never saw coming – sending him to the canvas.

Linares slowly rose and barely beat the count, but was leaning forward in pain, when the referee waived it off.

Thompson Boxing card in Ontario, CA on May 11
Big Fighters, Big Cause event set for May 23