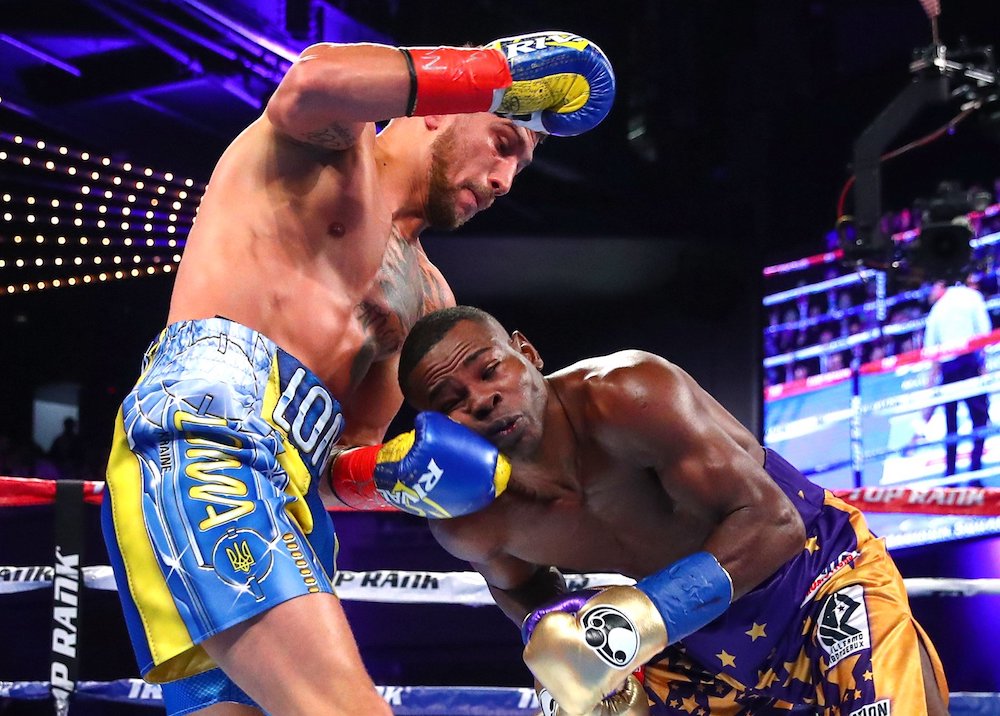 The highly anticipated showdown between two of boxing’s best, turned into a showcase for Vasyl Lomachenko (10-1, 8 KOs) on Saturday night at The Theater in Madison Square Garden.

Battling for the WBO junior middleweight title, Guillermo Rigondeaux (17-1, 11 KOs) and Vasyl Lomachenko were expected to give each other their toughest tests, as Rigondeaux had not lost a fight since 2003 and Lomachenko’s lone pro loss came against the difficult Orlando Salido, though many felt Lomachenko was robbed.

Still, while fireworks weren’t what people assumed would be the order of the day, many felt that we would see a high quality, highly competitive chess match between two of the sport’s most gifted fighters.

The fight appeared to be headed that way early on as Lomachenko landed jabs and short hooks in spots – whenever Rigondeaux presented an opportunity.  Rigondeaux for his part looked to counter and dip down low to make himself a difficult target.  However, as the fight wore on, Rigondeaux rarely found the openings to land, while Lomachenko managed to twist and turn his way out of clinches, while matching Rigo on speed and counters.  After the fourth and fifth rounds, it became apparent that Rigondeaux was discouraged – noting after the fight that he injured his left hand in the second round, but mostly because Lomachenko was connecting with punches from every angle imaginable.

Before the start of the seventh, Rigondeaux shocked the boxing world by remaining on his stool and opting to quit, giving Lomachenko a surprising TKO victory.

After the fight, Lomachenko joked that his last name should be changed to “No Mas Chenko,” seeing as how he’s also made other fighters quit in recent fights, such as former champ Nicholas Walters.