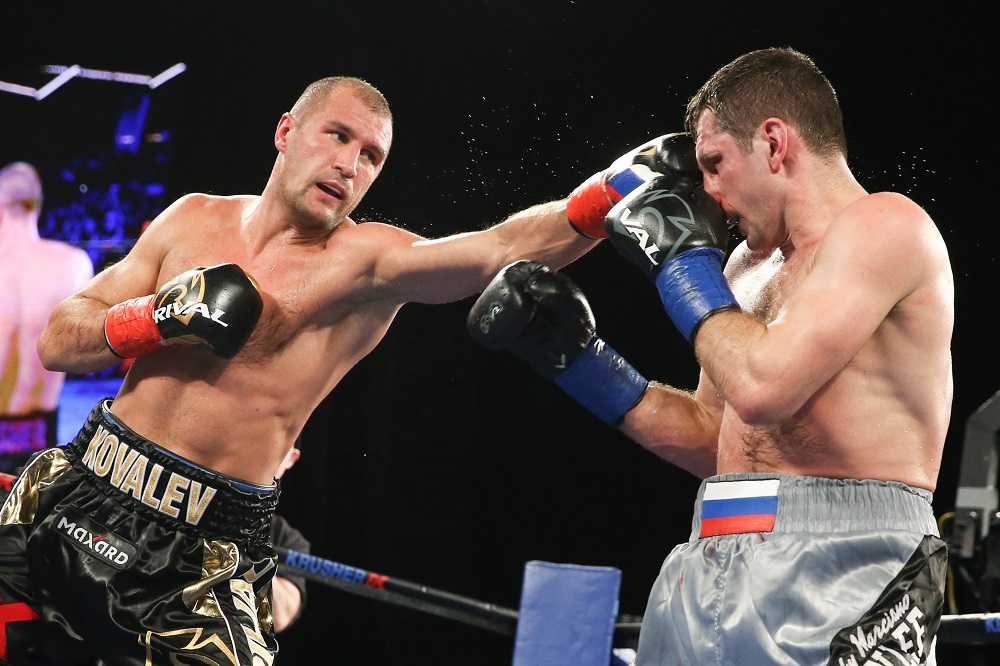 Kovalev appeared to take it a little easy on Mikhalkin, with whom he has a friendly relationship with but still managed to leave his face looking like minced meat, en route to the seventh round stoppage.

“It was better work for sure than the last fight,” said Kovalev afterward. “This might maybe have looked easy, but it definitely was not. He doesn’t hit the hardest, but I could feel his punches and he has a lot of movement and he is a great boxer.”

Mikhalkin to his credit, never stopped trying, and landed some clean shots early on, but simply didn’t have enough punching power to stop Kovalev from coming forward.

Kovalev continued coming forward and landed consistent right hands, along with lefts to the body, while leaving Mikhalkin’s face a bloody mess.

Near the end of the seventh, the referee took Mikhalkin over to the ringside physician before the fight was finally called off.

After the fight, Kovalev said he’d be ready for any big money fight, and mentioned Badou Jack as a possible opponent. 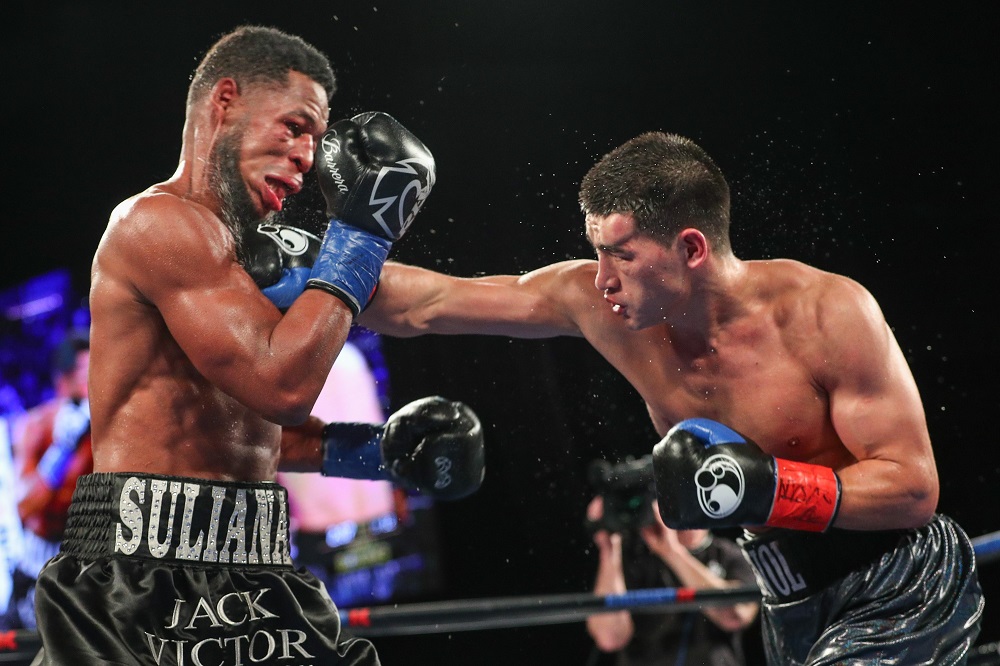 In the co-featured bout, WBA light heavyweight titlist Dmitry Bivol (13-0, 11 KOs) scored an impressive 12th-round TKO over Sullivan Barrera (21-2, 14 KOs) in one of his better performances.

Bivol was clearly the faster of the two, as he consistently beat Barrera to the punch while being economical with his punches.  Barrera had issues catching up with Bivol, but still used his experience to provide Bivol with his most challenging test.

In the 12th round, just when it looked like the fight would go to the scorecards, Bivol landed a hard right hand that sent Barrera down.  Despite making it to his feet, the ref saw Barrera unable to keep his balance and called it off.