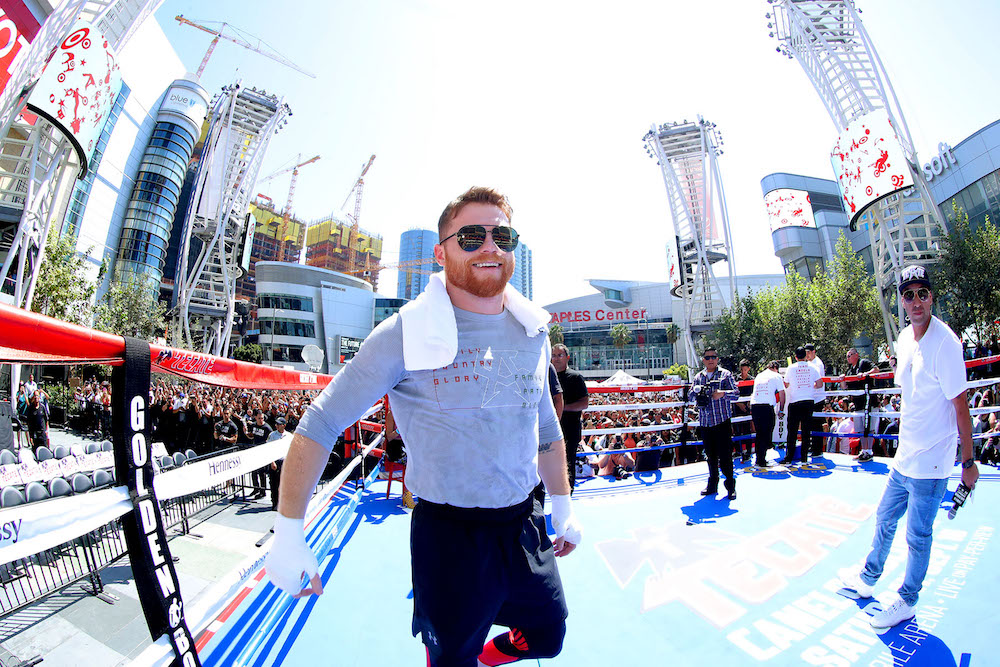 Reports indicate Saul ‘Canelo’ Alvarez has been tested positive for the banned substance Clenbuterol in advance of his May 5 showdown against Gennady ‘GGG’ Golovkin, a rematch of their competitive September 2017 bout for multiple middleweight titles.

“I am an athlete who respects the sport and this surprises me and bothers me because it had never happened to me. I will submit to all the tests that require me to clarify this embarrassing situation and I trust that at the end the truth will prevail,” said Canelo, who plans to immediately report to the United States and be submitted to any additional testing by the Voluntary Anti-Doping Association.

Prior to last weeks’ press conference for the middleweight title clash, set for the T-Mobile Arena in Las Vegas, Nevada, (the same location as fight No. 1) Canelo had plans to set up training camp in Colorado.

For years fighters from Mexico have tested positive for Clenbuterol and have cited eating meat in their native country to the positive tests.

As Daniel Eichner, Director of SMRTL, the WADA-accredited lab that conducted the tests stated in his letter today, “These values are all within the range of what is expected from meat contamination.”