Joshua stops Klitschko in the 11th 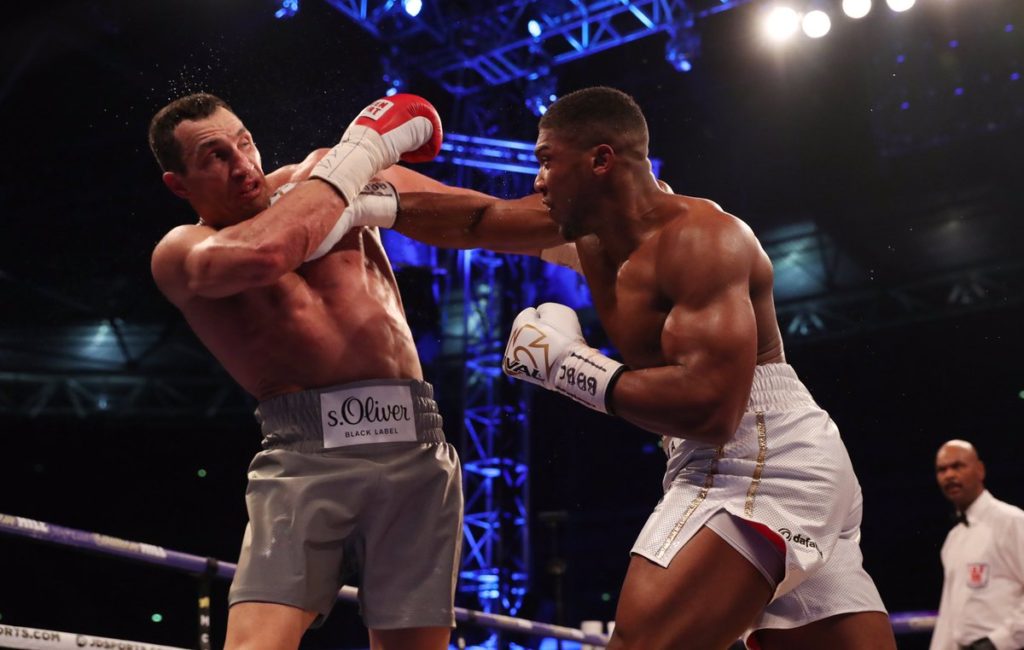 In an epic heavyweight championship for the IBF and WBA titles, Anthony Joshua (19-0, 19 KOs) got up off the floor to knock out Wladimir Klitschko (68-5, 54 KOs) in the 11th round in one of the best fights in heavyweight history.

The first few rounds were tactical with both men looking to establish their jab, but Joshua started fast in the fifth round, rocking and then dropping the Ukrainian, while causing a gash over Klitschko’s left eye. Klitschko got up gingerly and came back, returning fire and landing a few hard shots of his own that hurt a seemingly fatigued Joshua.

The tide began to turn in the sixth, as  Joshua appeared to have punched himself out. Klitschko landed a devastating straight right hand that dropped the young champion midway through, and though Joshua beat the count, he was lucky to survive the round.

In the seventh and eighth rounds, Klitschko went back to the jab and was outworking a tiring Joshua, whose punch output had dropped.

Joshua however, began to recover and started to let his hands go in the ninth and 10th rounds.

The fight hung in the balance at the start of the 11th and Joshua came out firing on all cylinders, landing a devastating uppercut that had Klitschko hurt again and in trouble. A flurry of punches connected moments later, sending Klitschko down for a second time. Klitschko was game but Joshua would not let him off the hook and went in for the finish, putting Klitschko down for a third time.

Helpless, with his back against the ropes and taking vicious punches, referee David Fields saved Klitschko from further punishment, to end the phenomenal contest.