Gamboa quits on his stool 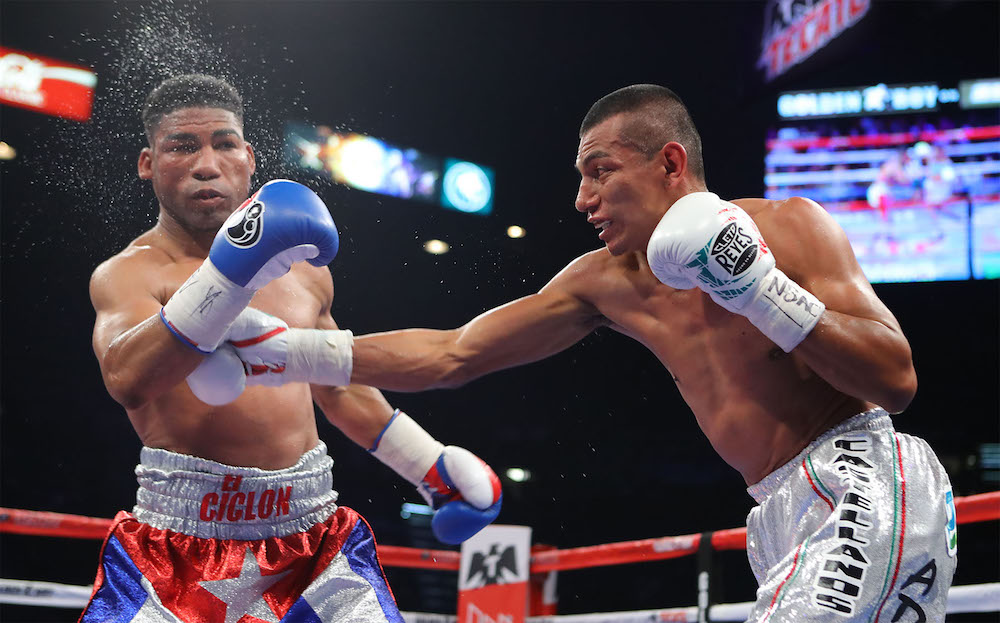 Castellanos fought at a distance and pressured Gamboa, who looked uncomfortable against his taller and rangier opponent.  Castellanos drilled Gamboa with right hands on a consistent basis, and in the third round, one of those straight rights sent Gamboa down to the canvas.

Things would get worse for Gamboa in the following round as a looping right that cracked him on the jaw, sent him down for the second time in the fight. Over the next two to three rounds, Gamboa seemed to regain his composure and got himself back in the fight, but after Castellanos dominated the seventh round, Gamboa decided to quit on his stool before the beginning of the 8th round.

In the co-featured bout Jesus Rojas (25-1-2, 18 KOs) scored an eighth-round TKO over the previously unbeaten Abraham Lopez (22-1-1, 15 KOs) in an excellent featherweight bout.

Lopez, who has shown a solid boxing technique in recent bouts, opted to trade punches with the aggressive Rojas, who worked his way to the inside and never let up. In the second round, Rojas stunned Lopez with a left hook, and a right sent him down.  In the fourth, Lopez again insisted on laying on the ropes and going toe-to-toe with Rojas, who again sent him down.

In the fifth and sixth rounds, Lopez began to use his jab and boxed well from the outside, but was soon against the ropes once again, as Rojas drilled him with hooks and bloodied his nose. Then in the eighth, Rojas ripped into Lopez along the corner, prompting referee Tony Weeks to waive it off.

Joshua stops Klitschko in the 11th
Canelo dominates Chavez, Golovkin is next