Inoue-McDonnell streaming on ESPN+ this Friday

The stream will also include the junior flyweight title clash between Ken Shiro and Ganigan Lopez. 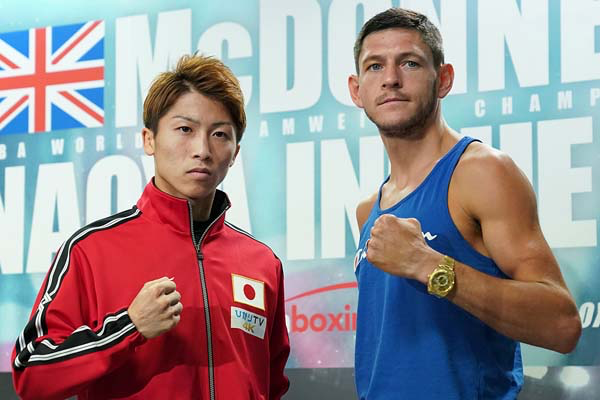 This upcoming Friday, May 25, former two-division titlist Naoya Inoue will move up to the bantamweight division to challenge Jamie McDonnell for his WBA title.

Inoue (15-0, 13 KOs) made seven defenses of his WBO junior bantamweight title and is looking for a title in a third weight class against McDonnell (29-2-1, 13 KOs), who has made six title defenses of his own since 2014.

In the co-feature, WBC junior flyweight titlist Ken Shiro will defend his title against Ganigan Lopez, with ESPN+ streaming the doubleheader beginning at 7:15 a.m. ET / 4:15 a.m. PT from Tokyo, Japan.