Plus, Alex Rocha stops Miguel Dumas in the first round.

It was an action-packed affair between the two super bantamweights, as Hovnhannysian delivered right hand after right hand, while Rios threw quick combinations.

In the third round, Hovhannysian hurt Rios with a right that had him nearly ready to go, but Rios somehow made it out of the round. Though Rios continued to land to the body, Hovhannysian’s right hands were landing at a high percentage, and in the sixth, dropped Rios with a straight right. 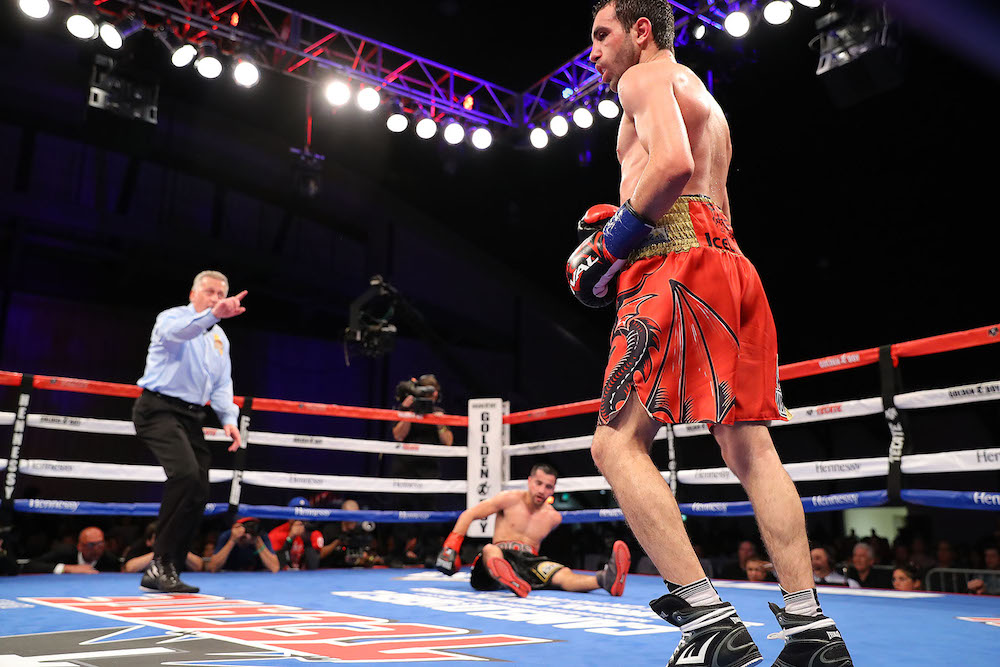 Rios struggled to make it to his feet and Hovhannysian jumped all over him, finally convincing referee Jack Reiss to waive it off at 1:12 of the sixth round.

“I knew I was going to stop him early, but then my right hand started to hurt,” said Azat Hovhannisyan. “When my hand started hurting more, I went for the stoppage. Freddie [Roach] kept me calmed between rounds. I’m ready for a world title shot. I want any champion at 122 pounds.”

Rocha was too strong for Dumas and it showed from the start.  Rocha punished Dumas to the body and a right uppercut sent him down.  Though Dumas got up, Rocha would not let him recover and a combination along the ropes ended the fight.