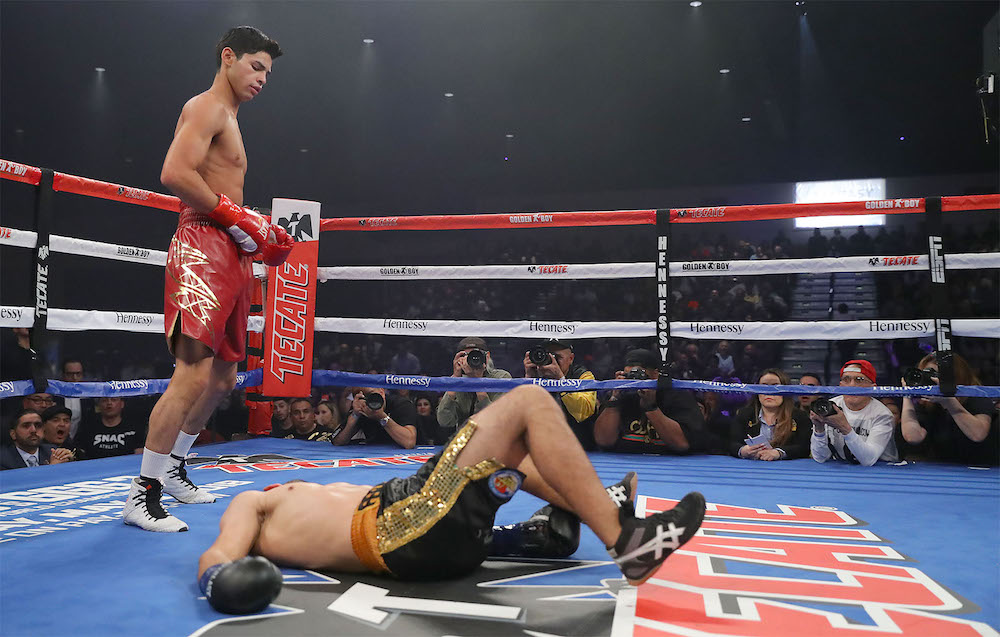 Garcia, (14-0, 13KO) delivered straight-shot right hands that got to Vargas early.  Vargas was shaken, then a quick left hook sent him to the floor and the referee wasted no time waiving off the bout near the end of round one.

“Vargas is a rugged veteran,” said Garcia, who now finds himself in possession of the NABF Junior Super Featherweight title.

“I thought the fight could go 10 rounds, so I relaxed and started slow with the jab. But then I landed my right hand and it really stunned him. I landed it again, and because he moved in exactly the same way, I was able to set up the left hook that knocked him out. I can’t wait to come back and fight again.”

The event was announced as sold out in the days prior to fight night, with no doubt that ticket sales were boosted by a VIP guest appearance featuring icon Julio Cesar Chavez, yet the crowd was lively and loud once Garcia notched his thirteenth knockout and it seems to be that the word is out on the young, bright star under the GBP banner.

Next step for ‘Kingry’, who also debuted another moniker which fits a description of his fight against Vargas, ‘The Flash’, is a feature bout on the Canelo Alvarez v. Gennady Golovkin fight card from Las Vegas on Cinco De Mayo weekend.