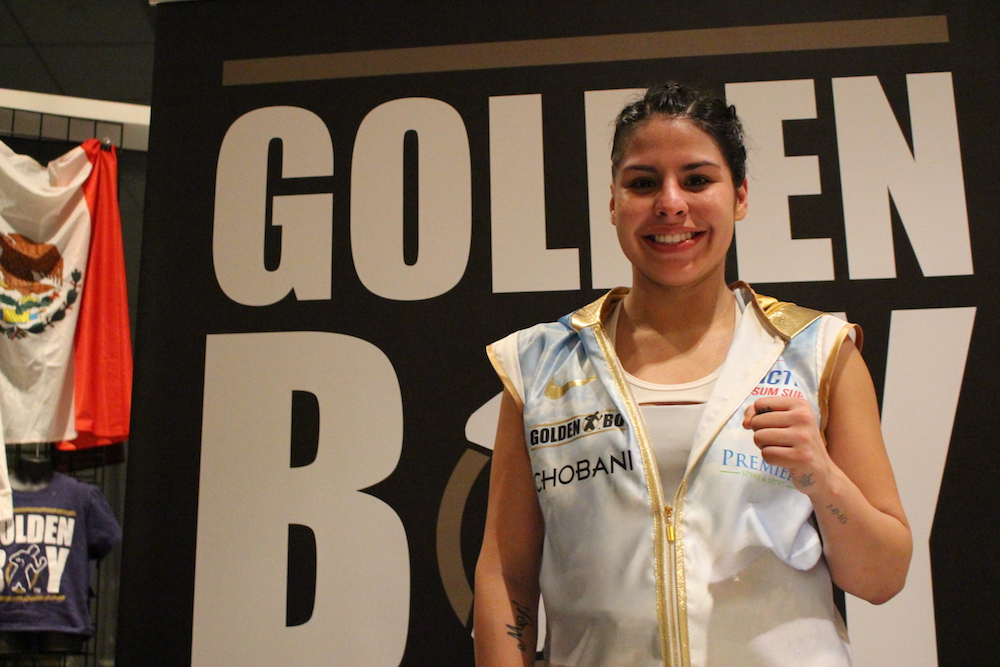 The second to last Golden Boy Promotions fight card took place at the Fantasy Springs Casino in Indio, California as some of the promotional companies brightest prospects were featured on ESPN’s ‘Golden Boy Live’ series.

Carlos Morales, (17-2-3, 6KO) won the vacant NABA super featherweight title in the nights main event with a technical decision victory over Dardan Zenunaj after six rounds in an action fight that was stopped after six rounds due to a cut on Morales’ left eye.

Morales started out strong behind solid fundamentals and had Zenunaj in trouble early.  As the fight progressed, Zenunaj, trained by noted trainer Joe Goossen, found success and turned things into a back and forth affair.  A cut from an accidental headbutt to Morales’ right eye ultimately stopped the proceedings.  All three judges had the fight 59-56 heading into the seventh frame.

“This was not my decision,” said Morales. “I could not see, and the doctor decided to end the fight. I felt I won the rounds, though [Zenunaj] was fighting dirty and headbutting me. It’s my job to get in there in fight, but the doctor stopped it.”

2012 Olympic Bronze medalist Marlen Esparza earned a six-round unanimous decision over Karla Valenzuela in a flyweight bout.  Esparza, (4-0) landed combinations early and often in the fight, with Valenzuela also making a good account of herself with occasional straight right hands.

“I felt a bit nervous in awkward in there,” said Esparza. “That’s because she would often dip her head, which caused the headbutts when I was trying to land hooks. But I saw it as a perfect opportunity to work on my straight punches. It was also a chance to work on my body shots, which I really liked in there.”

The Esparza fight was the television opener on ESPN.

Raul Curiel notched a fourth round knockout in the co-main event.  Curiel, (2-0, 1KO) scored a knockdown in the third and ultimately stopped Israel Villela in the next round.

“After a few months away, I’m just grateful I can come back and fight before all of my fans and supporters,” said Curiel. “We had a minor setback this year, but hopefully I’ll be back in January. The plan is to start adding more rounds and moving up the division.”

Joshua Franco opened the fight card with a win over Carlos Maldonado in a great action fight.   Franco (13-0, 6 KOs), was the more dominant fighter yet Maldonado was unafraid to trade, which set the night off in the right direction as the crowd was treated to big shots landed by both fighters.

“I feel great about this win,” said Franco. “He [Maldonado] is a tough guy with a good record, so I had to be cautious in there. It also feels good to end the year on a great note, and I can now spend time with my family. Next year, I’ll be moving up to ten rounds and maybe even a world title.”

Coachella native and brother of GBP’s Randy Caballero, Ryan Caballero (4-0, 2 KOs), knocked out Franco Gutierrez in round one in the nights final fight. 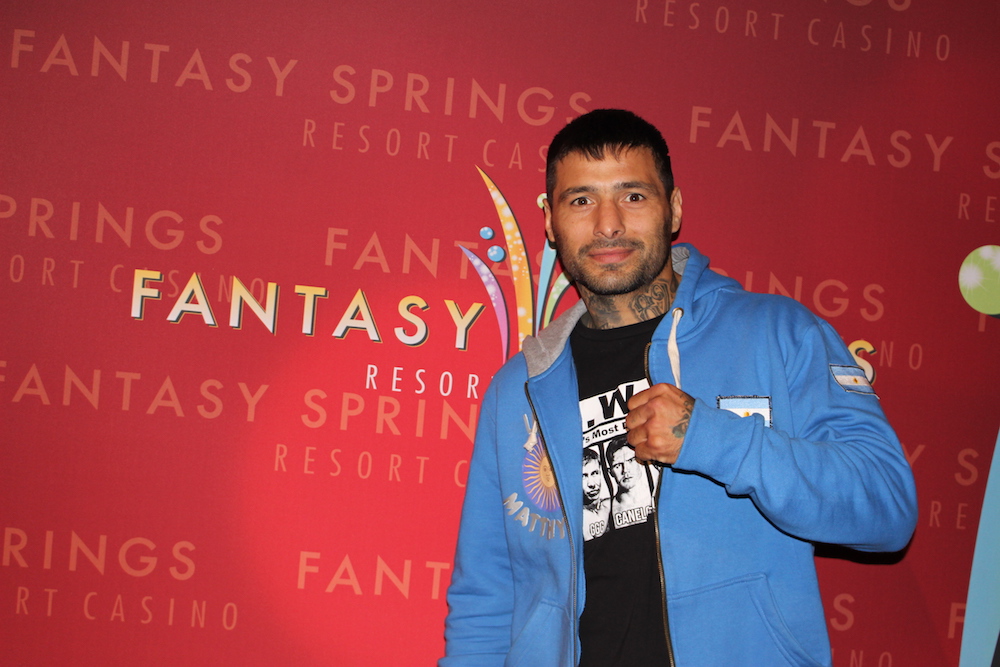