Canelo Alvarez continues his preparation for his September rematch against Gennady Golovkin. 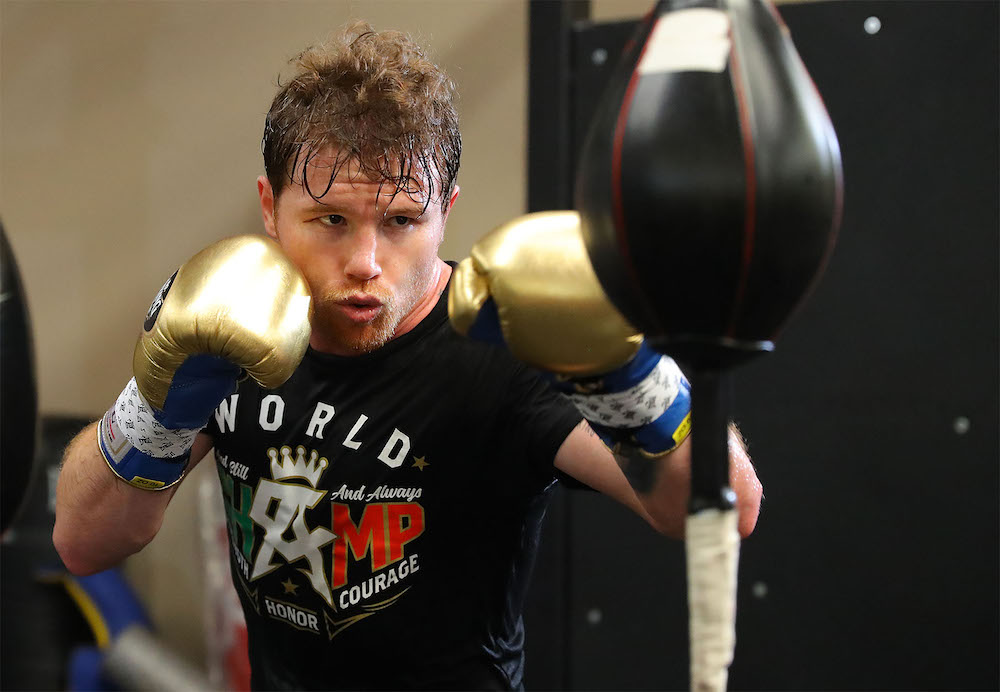 Canelo Alvarez is in camp in San Diego, California, where he is preparing to face Gennady ‘GGG’ Golovkin in a rematch of their hotly contested middleweight title bout in September of 2017.

Details from inside the camp reveal that Canelo runs every morning at 6:00 a.m. except for Sundays and performs gym training Monday’s, Wednesday’s and Friday’s with exercises that include jumping rope, shadowboxing, hitting the bags and working on strategy.

“The last fight gave us the blueprint for this rematch. We don’t necessarily have to change the strategy; we just have to add to what we did. We have to throw more punches in every round. We need to do that to remove any doubts about the victory. For that, we will work on our conditioning.

That’s what we needed a little more of in the first fight in order to be able to throw punches constantly in each round,” said Alvarez (49-1-2, 34 KOs), who also spars three times per week and is utilizing a diet that consists of fish, chicken, and vegetables.  Sparring will continue for five weeks.

Alvarez also spoke on the rivalry he and Golovkin share, which was seemingly already present prior to their Mexican Independence Day weekend bout last year, and even further intensified following Alvarez’s positive test for Clenbuterol scrapped the originally planned May 5, 2018 rematch date. 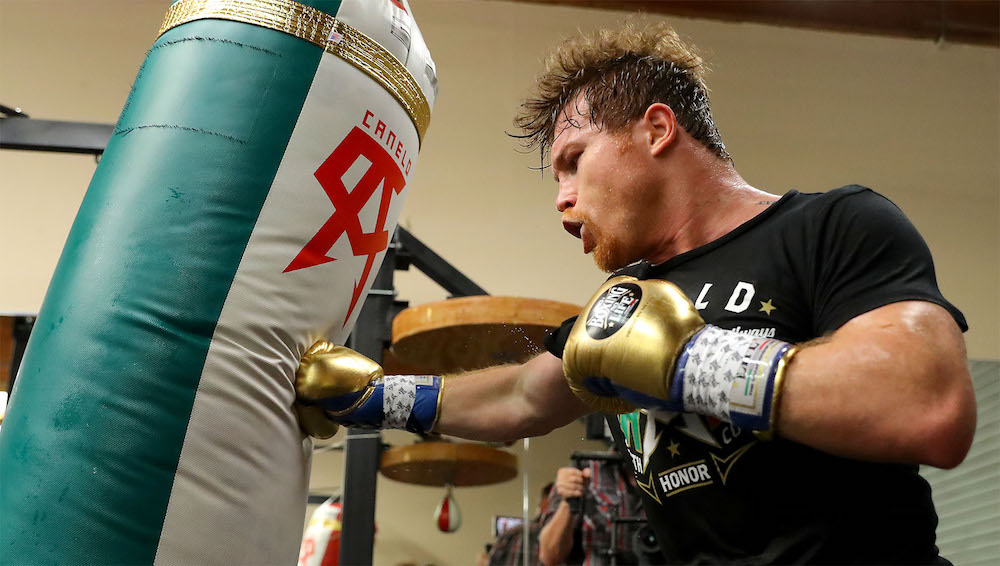 “I don’t know why Golovkin’s corner or team has been aggressive in their talks. It may be because of the rivalry we have. I don’t know. I think they’ve gone too far. They’ve gone beyond just trying to sell the fight with their statements. I don’t like talking or instigating with the fighter or even trying to make a show to sell the fight. People know that when we get into the ring, we’re going to give a great fight, period.”

“It got more personal this time around. The little respect that we had for each other was lost. I’m using this as motivation. Everything that he has said has made it personal. What they said about who I am as a person has made it personal. But I will use it intelligently to my benefit this Sept. 15.

“I dedicate this fight to everyone who has always supported me. To my family and my team, and to all the people who will watch the fight. It will be a great fight.”