Canelo Alvarez withdraws from his rematch with Gennady Golovkin. 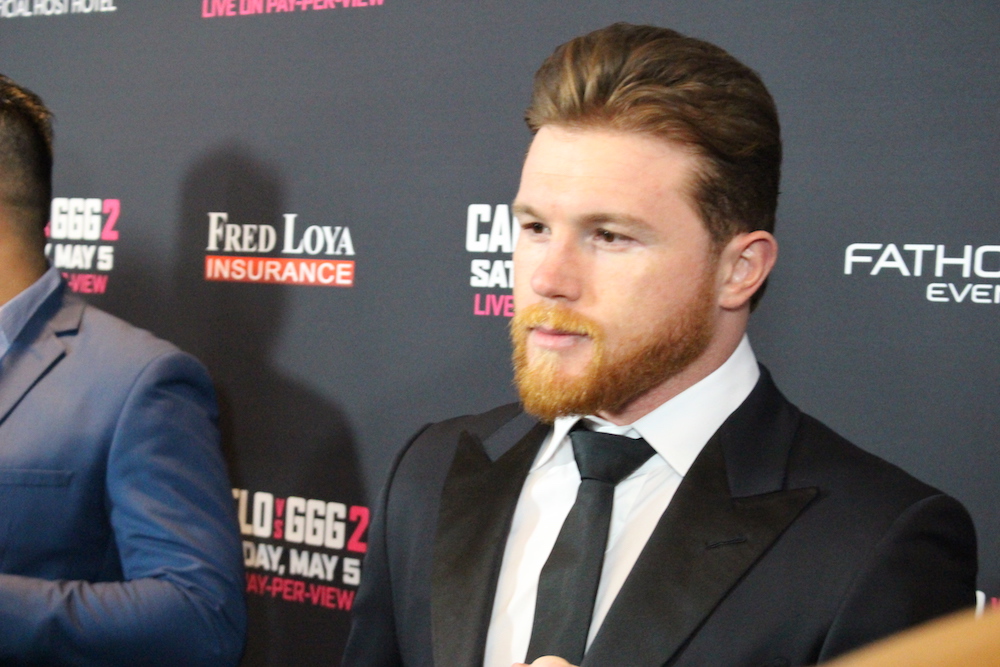 Canelo Alvarez has officially withdrawn from his scheduled rematch against Gennady Golovkin set for May 5 in Las Vegas following his positive test results for the banned substance Clenbuterol.

“We’re going to have to cancel the May 5 rematch,” Golden Boy Promotions president Eric Gomez at the beginning of a press conference at the company’s offices in downtown Los Angeles.

“As you all know there is a hearing on April 18 and it’s extremely unlikely this will get resolved by then properly and we need enough time to promote this fight.”

Alvarez, who tested positive on February 17 and February 20 for Clenbuterol, a substance that promotes muscle and depletes fat, remained steadfast in proclaiming his innocence. The 27 year old fighter contends tainted meat ingested in his home country resulted in the positive tests.

“I am truly shocked about what has happened and for those who have doubts and suspicions about my integrity I have always been and always will be clean fighter,”

“I want to apologize to HBO, (sponsors) Tecate and Hennessy and all my other sponsors, the media and to everyone who is involved in the promotion of this event and especially to the fans. I respect this sport. I will always be a clean fighter.”

Refunds have been offered to ticket purchases and reports indicate Golovkin is looking to keep the May 5 date and is searching for an alternate opponent.

ESPN has indicated a venue change may be possible from the original site of the first match at the T-Mobile Area, which fits over 20,000, with the switch to the smaller setting of the 16,000 plus seat MGM Grand Garden Arena possible on Cinco De Mayo weekend.