Anthony Joshua earns a unanimous decision win over Joseph Parker to add another title to his collection. 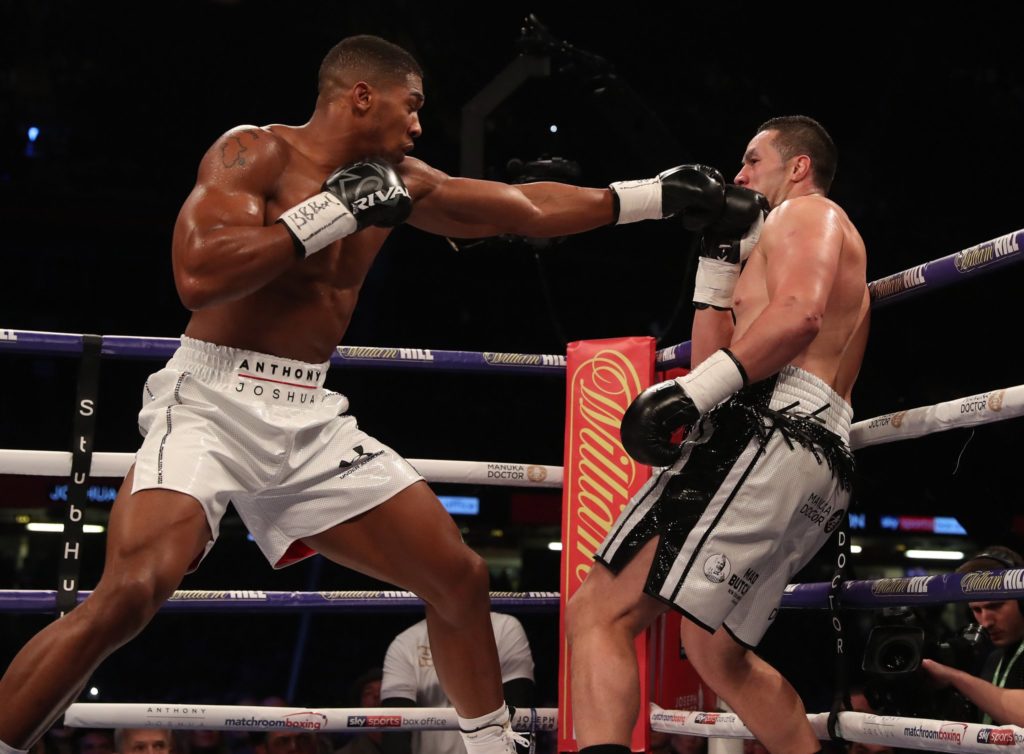 Unified heavyweight champ Anthony Joshua (21-0, 20 KOs) added the WBO title to his collection by defeating Joseph Parker (24-1, 18 KOs) on Saturday night in Cardiff, Wales – but had to go the distance for the first time in his career – earning a unanimous decision.

The two fighters started off slowly, looking to establish their jabs and setting the stage for a tactical fight. As Parker got in close, he threw punches to the body, as Joshua looked to connect upstairs with his vaunted right hand.

Parker’s head movement however, made it difficult for Joshua to impose his strength, as he had to settle for landing one punch at a time.

The fight appeared to be close by the midway point in the fight, but Joshua pressed the action, in what was an otherwise tentative fight.