Tickets to the May mega-fight have sold out but closed-circuit info is coming soon. 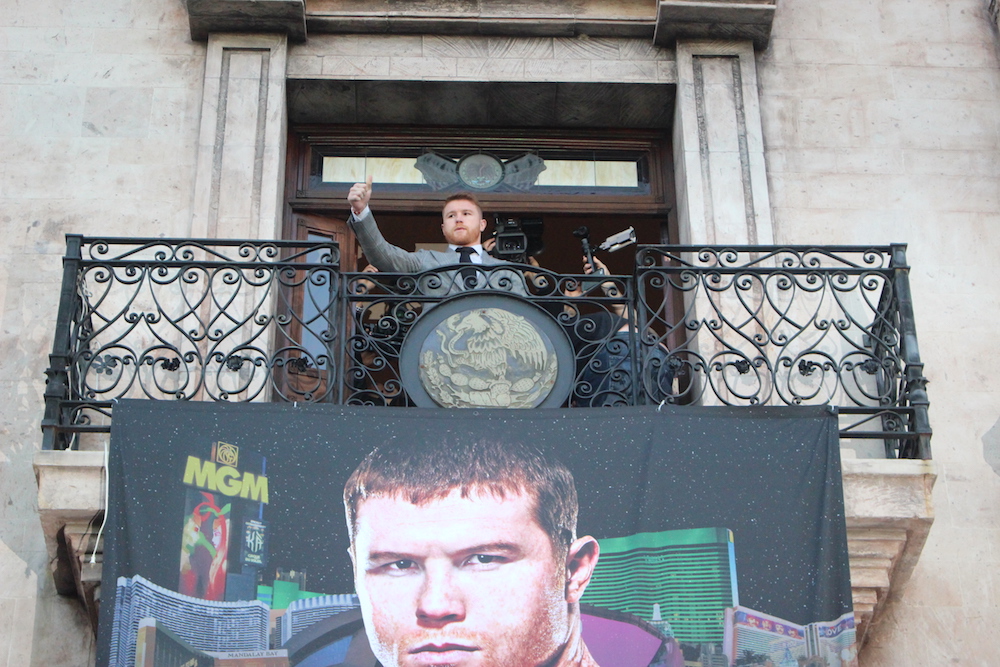 The May 6, 2017 match between Canelo Alvarez and Julio Cesar Chavez Jr., which had a built-in rivalry storyline and was hyped up and promoted well with a four-stop international press tour, will be fought in front of more than 20,000 at the new T-Mobile Arena on one of Las Vegas’ biggest boxing weekends.

“Big fights sell, and as anyone can see from the fact that we sold out Las Vegas’ biggest boxing venue less than 10 days after tickets became available, Canelo-Chavez, Jr. is a huge fight,” said Golden Boy Promotions CEO and Chairman Oscar De La Hoya.

“Now that T-Mobile Arena is full, we will soon announce venues for showing the fight on closed circuit for fans still planning to come to celebrate in Las Vegas, and fans can of course see the fight in the comfort of their own homes on HBO Pay-Per-View.”

Also announced last week was the addition of heavy hitter Lucas Matthysse to the undercard, who will face Emmanuel Taylor.  The rest of the undercard has yet to be announced, yet will likely feature some of GBP’s young talents on their ever growing roster.