Mikey Garcia and Adrien Broner meet in NYC to promote their upcoming clash. 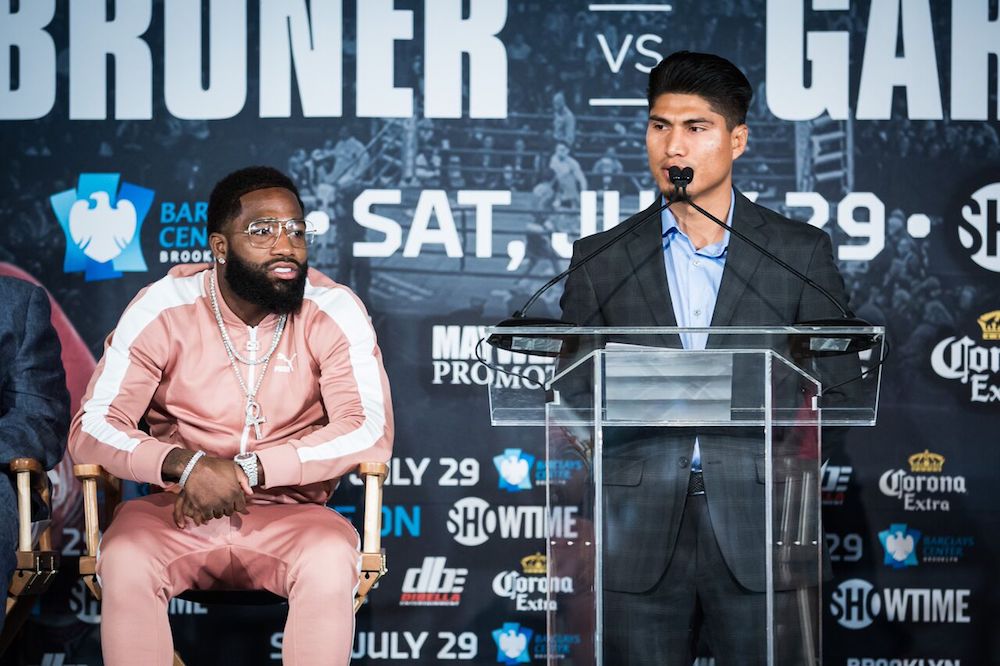 On Monday morning, former multi-division champs Mikey Garcia and Adrien Broner were in New York City to promote their July 29 junior welterweight fight, which takes place at the Barclays Center in Brooklyn.

“I’ve been in some crazy situations and I’m blessed to be here. To get a fight like this is huge. Boxing is going back to the old days where the best fight the best. Mikey is definitely one of the best out there today,” said Broner.

“This can take our careers to the next level. I’m taking this seriously. I’ve been training in Colorado Springs. The weight will not be a problem. This gives me a reason to make 140. I’m not paying a man to put hands on me.” 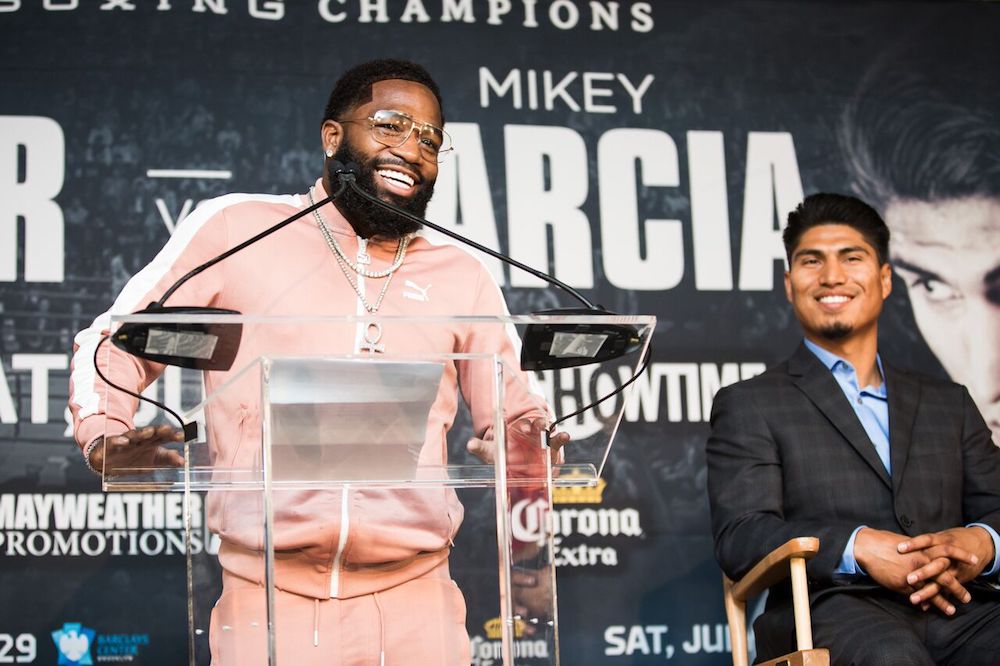 “This fight will definitely bring the best out of me, because Mikey isn’t a sloppy fighter, he isn’t an awkward fighter. Don’t get me wrong, he’s a Mexican, but he boxes like an African American. We’re going to have a nice fight and I can’t wait to put on a show.”

After a two and a half hiatus from 2014 to 2016, Garcia returned to stop Elio Rojas in July 2016, before knocking out Dejan Zlaticanin in this past January.

“I can’t stress the importance of this fight enough. It’s the biggest fight that I could have. There are other names that are out there, but nothing made more sense than facing Adrien Broner,” said Garcia.

“Adrien has accomplished a lot and when he’s at his best, he’s really great. That’s what I expect on July 29. I see that he’s taking this seriously by moving camp to Colorado. I expect him to bring the best out of me and give the fans the best fight possible.