Boxing getting a new major tournament later this year. 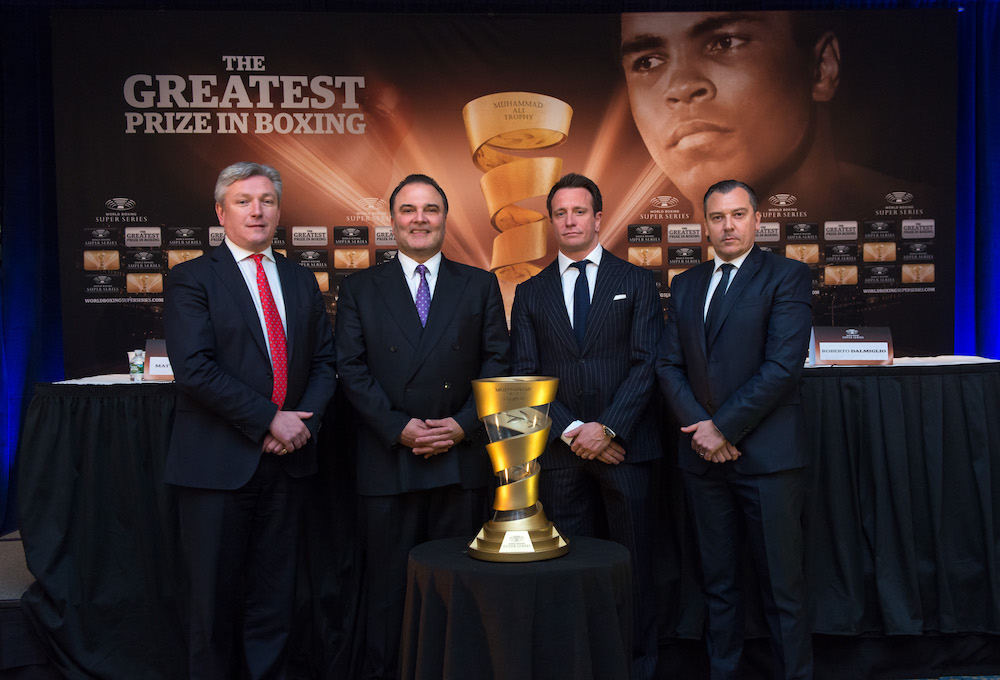 At a press conference in New York on Thursday afternoon, Richard Schaefer and Kalle Sauerland announced an upcoming boxing tournament, dubbed the “World Boxing Super Series,” which is set to kick off in September this year.

The tournament will highlight two separate weight classes with eight fighters representing each division, for a total of 14 fights on 14 different fight nights.  The prize money that has been budgeted for the first season of this series is $50 million that will be distributed from start to finish, though details of that will be revealed at a later date.  What we do know is that fighters will earn a base purse, with bonuses being awarded for winning fights.

“I have been involved in the sport for a long time and boxing has really been missing a big tournament like the World Boxing Super Series,” said Schaefer, the former CEO of Golden Boy Promotions, who founded Ringstar Sports last year. Every major sport has one. This is a fascinating project and I am thrilled to be involved. The quality of the people behind this tournament ensures it will be a success.”

The two winners of the World Boxing Super Series will also be awarded with the Muhammad Ali Trophy, which was designed by Silvio Gazzaniga, who also designed the FIFA World Cup trophy.

Boxers will be invited into the tournament by a panel that will be selected at a later date, and will include fighters ranked in the top 15 by the WBC, WBA, WBO and IBF, with each organization also invited to play an active role in the tournament.

In June of this year, a draft gala will take place in which the top four fighters will be seeded and then given the opportunity to choose their opponents for the quarter final matchups. Fights will take place around the world, though the U.S. and Europe will see the majority of the fights, with each fight night being televised in both territories. U.S. television has not yet been determined but Showtime, televised the Super Six World Boxing Classic from 2009-2012, is said to be the leading candidate.

As it pertains to championship belts, if any of the invited fighters has a world title, they can defend it, much like those with titles did so during the Super Six.